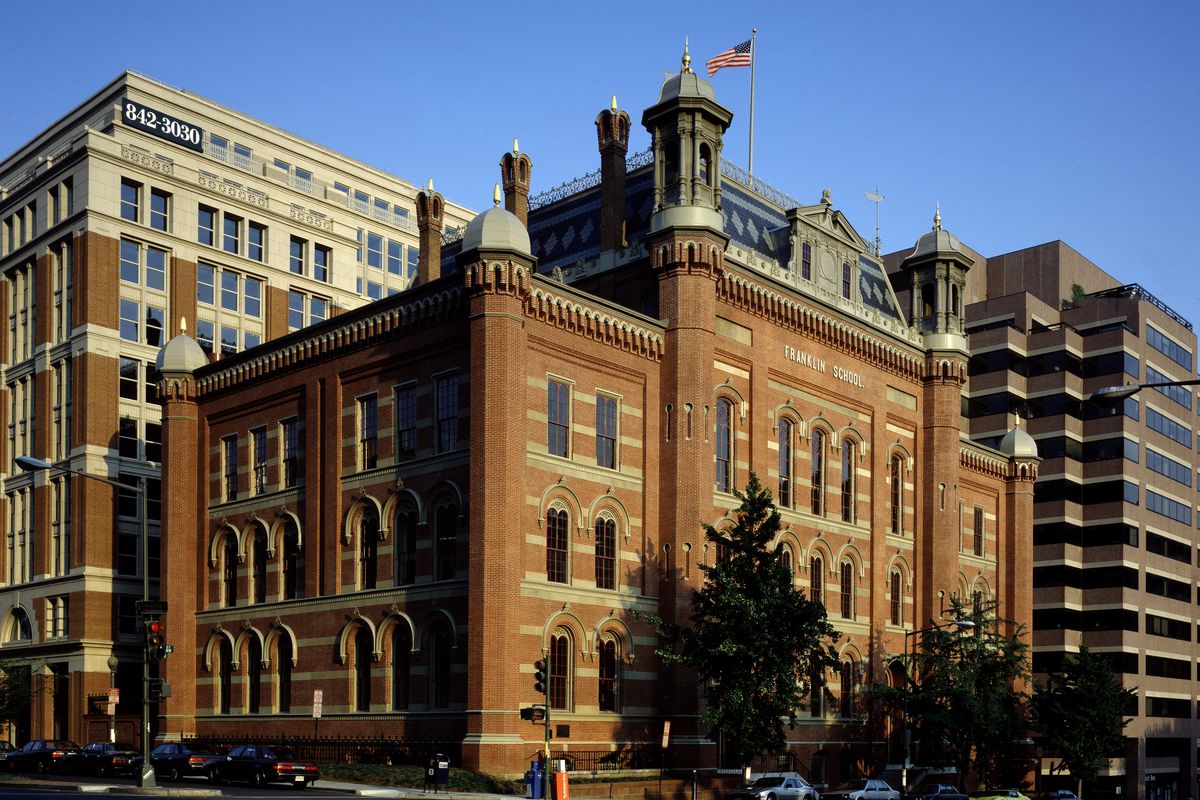 It is going to be 51,000 square feet and it will have many different exhibits. The museum is designed to educate people on the different languages from around the world. There will be eleven galleries, and they will focus on the written, spoken, and even sung words. The experiences within the galleries will be immersive, and one actually has karaoke. Imagine how fun that one will be. You’ll even be able to recite famous speeches, such as Martin Luther King Jr’s I Have a Dream speech. There will also be a 22 foot long word wall with over 1,000 activated words that will light up and tell stories about their journey within the English language. There will also be a section where people can use small brushes to paint a scene that will change the virtual landscape of the exhibit. How exciting is that? This museum will definitely be the place to visit when you go to DC. It’s exciting, new, and different, and an experience you don’t want to miss out on. Take this quiz to find out which "untranslatable" word from another language fits you best. Share if you learned a new word!

END_OF_DOCUMENT_TOKEN_TO_BE_REPLACED

Whatever we call it, it’s almost here—you know, that time when we change our clocks in a way that’s us NOT snoozing our alarms. Apparently, there’s been some debate over how this phenomenon is spelled. So, take a moment to honestly evaluate whether you spell it Daylight Saving Time or Daylight Savings Time… and whether or not you’re right.

Life is full of embarrassing moments, and language is no exception. Maybe yours was the moment you realized ‘irregardless’ isn’t a word—and hornswaggle somehow is (it means to deceive or trick). Chances are, nobody’s called you out on your spelling of Daylight Saving(s) Time, but that’s possibly because they also don’t know which is correct. Image Via Date and time

Before you find out the answer, really consider whether or not you say it Daylight Saving Time or Daylight Savings Time. Say it aloud to yourself so that, when the answer comes, there will be no denying whether you’re right or wrong.

Are you ready to feel like a fool? It’s…

Sounds fake, right? Well, we’re not trying to hornswaggle you. Don’t worry—even if you’re wrong, you’re in good company: just today, CNN analyzed the breakdown of Team Saving vs. Team Savings based on Google results for each term. Just to rub in that literally millions of us are wrong, the results show that Team Saving has a substantial seven-million person lead. It turns out, the misnomer likely originated from the prevalence of similar phrases, such as ‘savings account’ or ‘life’s savings.’ But even if there are various possible reasons for your mistake, there’s only one possible conclusion: you’re wrong*. Sorry!

*For the record, I was also wrong.

Since 1976, Lake Superior State University has released an annual list of the year’s ‘Banished Words,’ an idea that came into being at a probably boozy New Years’ party for LSSU faculty and staff. (We all know what happens when intellectuals party together: sometimes they tell too many ghost stories and then Frankenstein happens. This is another such work of genius.) Though the list was initially centered around personal preferences and pet peeves—which is arguably the basis for most official rankings anyway—it quickly became clear that there were a LOT of words pissing people off. The tradition has continued ever since, with feedback coming from around the world. Before you decide which words to yeet from your lexicon in the year 2019, let’s take a look at what the people think: Wheelhouse, as in ‘area of expertise.’ And honestly, what the hell is a wheelhouse? Is it a place where you store your wheels? Follow up question—how many wheels do you have? Is it some horrible mill where children are forced into Dickensian tragedy? The fact is, nobody knows what wheelhouse means. If you want to say you’re not an expert at math, just use the word expert.

In the books, as in finished, concluded. If this year’s holiday parties are in the books, which books would those be? The Facebooks? The phrase refers to the nature of books—solid and unchangeable, stories immortalized in print exactly as they are. This isn’t exactly the rise of technology and the Internet; it has really already risen.

Wrap my head around, as in comprehend. The only thing you can wrap your head around is a telephone pole or whatever your car has just crashed into—which will kill you. It just doesn’t make any sense.

Platform, as in place to speak, audience. Michael from California explains the logic behind his selected submission: “people use it as an excuse to rant. Facebook, Instagram, Twitter have become platforms. Even athletes call a post-game interview a ‘platform.’ Step down from the platform, already.”

Collusion, as in multiple people engaging in deception. News outlets have colluded with other news outlets to use this word as often as possible, and, while it’s not the most frustrating word on the list, is distinctly less amusing than ‘scheming.’ Regardless of whether or not anyone actually rubs their hands together and laughs maniacally while scheming, it’s much easier to imagine it.

POTUS, FLOTUS, SCOTUS, as in the acronyms for ‘___ of the United States.’ Why? Probably because it sounds so dumb.

Ghosting, as in cutting off contact suddenly. Carrie from Michigan explains: “somebody doesn’t want to talk with you. Get over it. No need to bring the paranormal into the equation.” And maybe let’s just call it what is it. It’s not really ghosting. Ir’s more being a complete asshole. Yeet, as in violently throwing. Emily from Michigan explains: “if I hear one more freshman say “yeet,” I might just yeet myself out a window.” If she really wanted to make a point, she might have used the word defenestrate, a far superior term for hurling oneself (or anything) from a window. Image Via Her Infinity

Litigate, as in bring a matter to court. Richard from Canada feels strongly that this word should only be used for legal matters, rather than what he believes is an overuse referring to any public controversy. Perhaps you feel more strongly that it’s way more upsetting that the Oxford English Dictionary’s word of the year was almost incel. Not a great sign of the times.

Grapple, as in physically tussle with. It’s also a wrestling move. People who have a hard time accepting that women deserve rights can now grapple with it, as one might grapple with a swarm of bees around one’s head. In the words of Elle Woods, ‘what, like, it’s hard?’

Eschew, as in ‘renounce.’ Mary from Canada says: “nobody ever actually says this word out loud, they just write it for filler.” Mary also just used a comma splice (the separation of two independent clauses with a comma rather than a conjunction or semicolon), and so I don’t trust her opinions on language.

Crusty, as in crumbly, crisp. This is the kind of word that might be used to describe a flaky pastry but is most often used to describe morning eye goo. Let’s stop saying this word just because it’s gross.

Optics, as in the way something appears to the public. Bob from Arizona believes this is little more than “the trendy way to say ‘appearance.'” If you don’t believe the words are interchangeable, try to see it from Bob’s perspective. Drop this banger of a pickup line: hey, babe, 10/10 optics.

Legally drunk, as in still legally able to operate a car after drinking. The obvious problem is that there’s no such thing. You’re either sober and below the limit, or you’re drunk and above it. The closest you can be to legally drunk is very slightly tipsy, which is just not the same thing as being in the terminal cry-about-everything, eat-sus-street-nachos stages of drunkenness.

Thought Leader, as in a figure with influential opinions. Might as well call this one ‘cult leader.’ Matt from Colorado puts it best: “if you follow a thought leader, you’re not much of a thinker.”

Accoutrements, as in the word ‘accessories’ only for douchebags.

Most important election of our time, as in a term that’s likely been used for every election ever held. In all fairness, many of us would agree that this phrase has often been accurate—since time, you know, passes. The new iPhone is probably the fastest iPhone of our time, but that doesn’t mean they won’t slow it down when the next one comes out.

Which ones of these words do you think belong on on LSSU’s list? And which words would you put on a list of your own? (Example: let’s all stop spilling the tea… because tea is delicious, and we could spill skim milk instead.)