Even though Valentine's day is over, romance is still in the air this month. So, I have given you five of the best and five of the worst YA literary couples of all time to help you pick the right book to satisfy all your romantic needs!

END_OF_DOCUMENT_TOKEN_TO_BE_REPLACED

Some young heroes who have made their debut in literature are not the perfect, cookie-cutter hero. Here are ten unlikely young heroes that won our hearts while they were out saving the world.

END_OF_DOCUMENT_TOKEN_TO_BE_REPLACED

There are countless blatant Harry Potter ripoffs, from Harry Potter and the Leopard-Walk-Up-To Dragon to the slightly less obvious Tanya Grotter and The Magical Double Bass. These books fall under the category of direct ripoffs that have managed to weave through every loophole that international copyright law provides, and there are hundreds of them.

But this list focuses on the movies and shows that got it right; the ones might have borrowed a hammer from J.K. Rowling’s toolbox but came up with their own blueprints. These characters may attend a school suspiciously similar to Hogwarts, but their stories are, at the very least, their own. 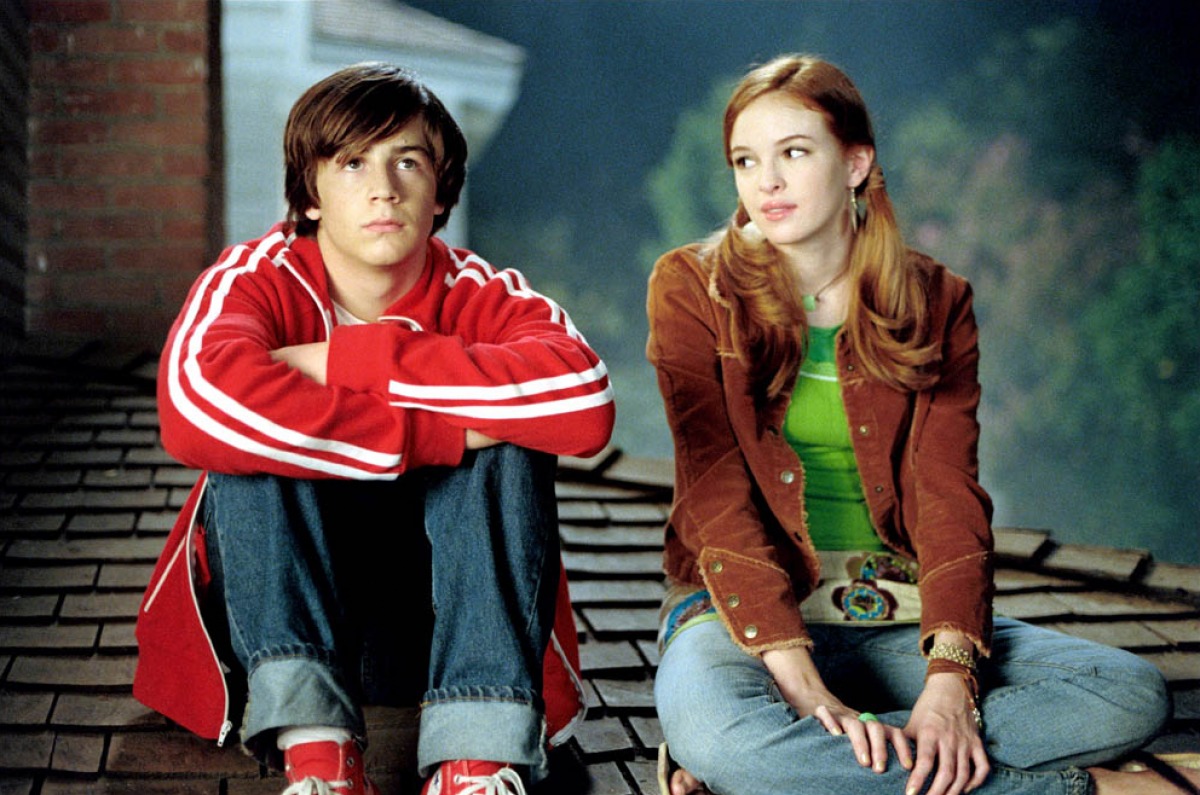 Sky High was made by Disney in 2005, and was written by Paul Hernandez, Robert Shooley, and Mark McCorkle.

The movie follows Will Stronghold as he attends Sky High, a school for teens with superpowers. Even though Will’s parent’s are two of the most famous superheroes in the world (think Mr. Incredible and Elastagirl), Will struggles with the fact that he hasn’t developed any powers of his own.

Though slightly dated and definitely intended for children, Sky High serves as a charming reminder of the DCOMS of yesteryear, and the sorting method within Sky High is very reminiscent of Hogwarts. 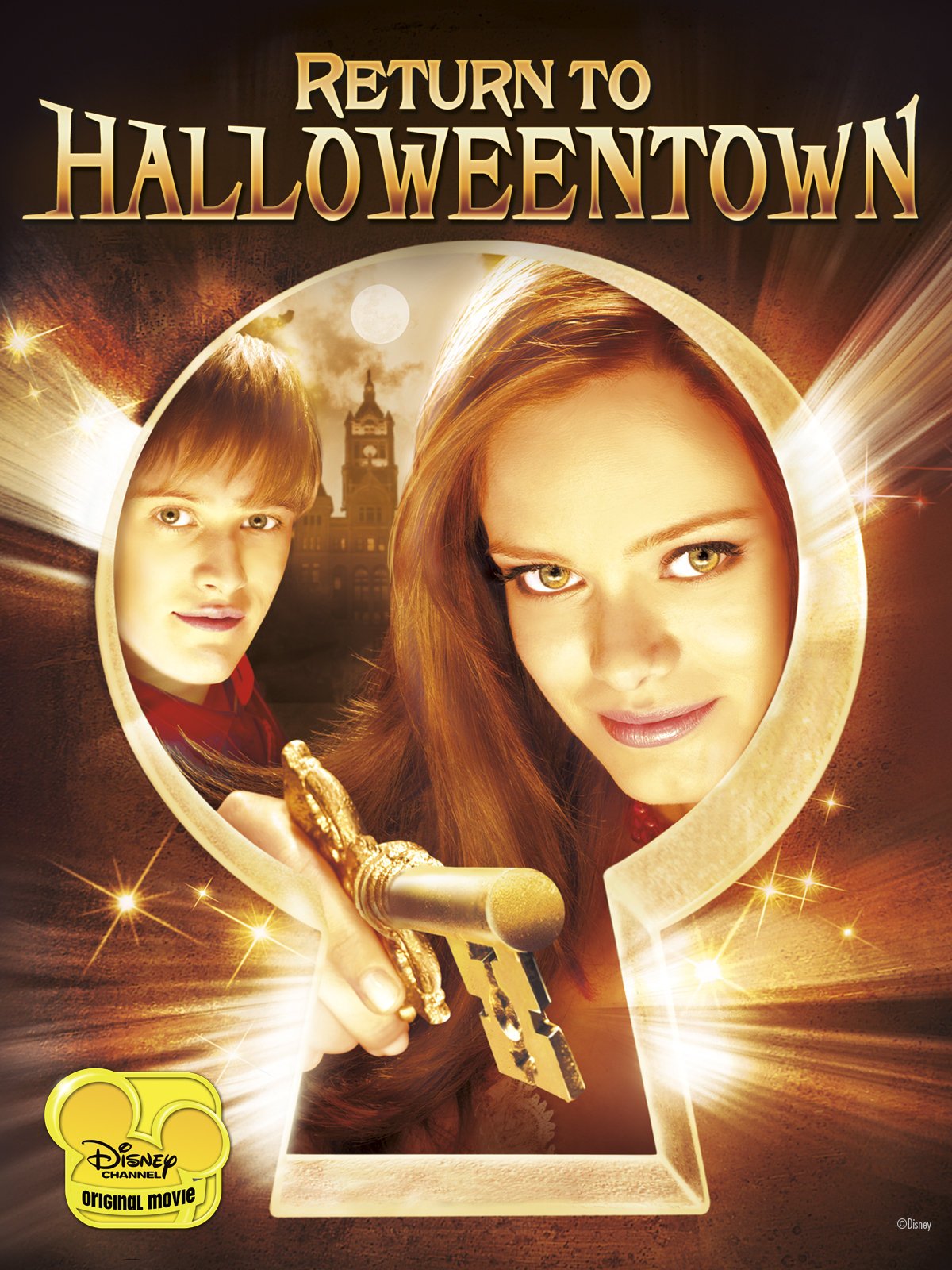 Return to Halloweentown is the fourth movie in Disney’s Halloweentown series, and was written by Max Enscoe, Annie Deyoung, and Paul Bernbaum.

In this installment of the franchise Marnie, our lead witch, is off to college at Witch University. She finds that it doesn’t quite meet her expectations, as students are not allowed to actually practice magic. However, she finds her purpose while traversing through the college dungeon when she uncovers a mysterious box with the name ‘S. Cromwell’ etched into its’ top.

The movie follows Marnie’s attempts to bring the school’s secrets to light, while dodging witches looking to have her expelled. 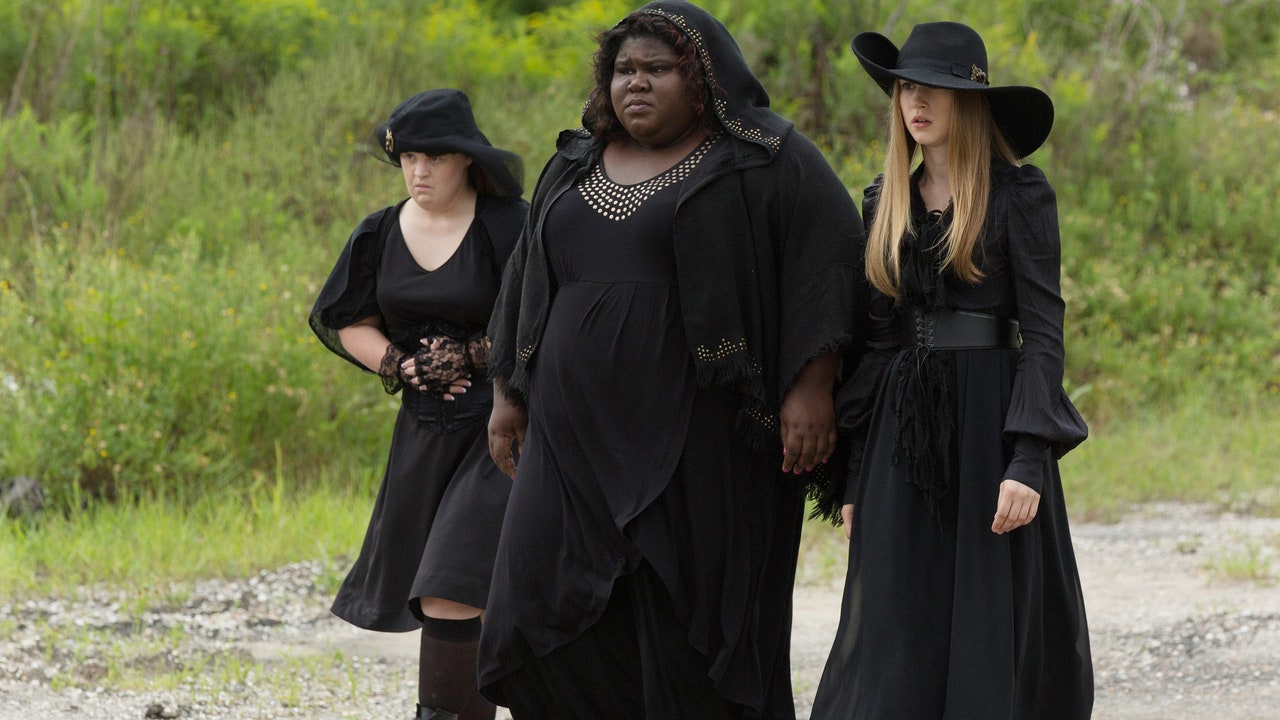 American Horror Story: Coven premiered in 2013 and was created by Ryan Murphy and Brad Falchuk.

Miss Robichaux’s Academy for Exceptional Young Ladies is a school lead by Cordelia Foxx, the supreme. I don’t want to spoil anything for those who haven’t seen it, but if Harry Potter spawned your love of witches and you’re looking for the adult equivalent then this may be the show for you. 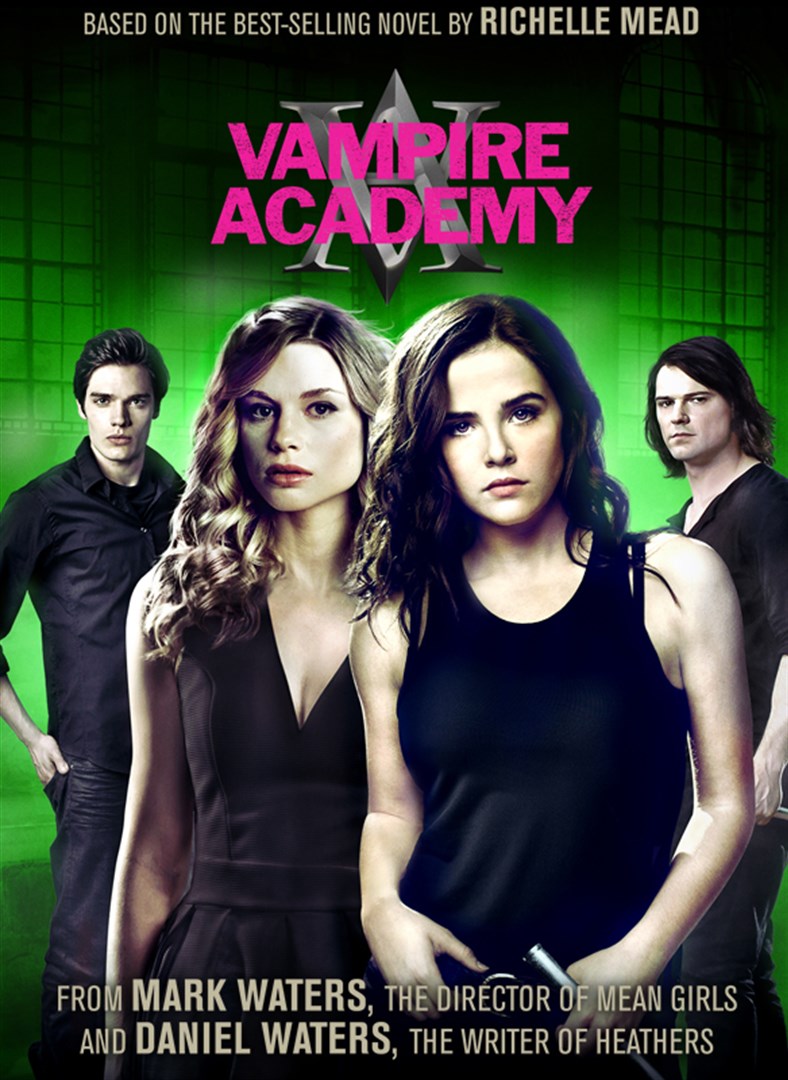 Vampire Academy came out in 2014, to disappointing results. The movie cost about $30 million to make, and made about 15 million in the box office. This is partially due to the fact that the movie adaptation of Vampire Academy is very different from the novel in terms of tone.

The novel was published in 2007, at the height of the Twilight hype train. And like many of the YA-vampire themed novels at the time it had a very dark tone. The main character, Rose Hathaway, was a teen girl navigating school, boys, and vampirism with her snarky wit and depressing outlook.

The movie, however, zooms in on the snark and amps up the humor. Many dedicated fans were displeased with this change, though the movie can stand well on it’s own. If you wish you could have seen a few of more of the gags and goofs that took place in Hogwarts, then Vampire Academy might help satisfy that need!

Vampires are climbing out of their coffins and onto our TV screens—and we’re rushing to invite them in. For centuries, vampires have been both monster and metaphor, a representation of anything from immigration, to capitalism, to homosexuality. These creatures have been whatever we needed them to be… including sexy, sparkly, teen heartthrobs when the cultural zeitgeist demanded it. But mostly, they’ve been damn entertaining. Whether they’re scary or scary seductive, vampires continue to be the subject of our collective fascination. Here are five phenomenal onscreen adaptations of the most unique vampire novels out there. Listen, feminism and horror don’t always coincide (we all know which sort of dalliance gets you killed first in a slasher film). But AMC’s adaptation of international bestseller Joe Hill’s Nos4a2 is changing that—and the conception of vampires as a whole. Is unforgettable villain Charles Talent Manx scary? Oh, hell yes. Sexy? Well, he certainly doesn’t sparkle… but he IS played by Zachary Quinto. Charlie Manx prefers souls to blood and children to waifish babes in billowing nightgowns. Pretty terrifying. But the children aren’t frightened when Manx spirits them away in his Rolls Royce Wraith. They’re going to Christmasland, Manx’s psychological lair packed to the brim with every child’s dreams—and every parent’s nightmare.

Enter Vic McQueen, a tough teenager from a blue-collar town in the capable hands of director Jami O’Brien, who has, according to author Joe Hill, delved deeply into the feminist themes inherent in the story. A kickass female protagonist AND a kickass female showrunner? Yes please. Not only does the show capture the essence of the 80s, but it also captures the precarious balance of hope and resentment in its protagonist and the nuanced portrayal of her adolescence.

Get ready for the premiere on June 2nd for a vampire adaptation with some real soul.

2. interview with a vampire

This Anne Rice adaptation absolutely killed at the box office, earning $100m+ over budget. Part of the reason audiences so often despise film adaptations is the lack of author involvement—not an issue here. Rice penned the screenplay herself, ensuring a distinct creative vision authentic to her iconic work. And there may be more where that came from. At seventy-five, Rice has reacquired the film and television rights to her works and plans to release a Game-of-Thrones-style television epic. Currently, she’s at work on a ‘Bible’ plotting out the first two seasons.

The film (and novel) is as dark as its origin: Rice penned the short story after the tragic death of her daughter, Michelle, at age 5. The nostalgia and emotion in the film is even more prevalent than any sense of terror, and that’s only one of the reasons why fans love it. Many have fallen for the rich portrayal of New Orleans, a city many consider to be the protagonist. Oh, and bonus: while Anne Rice didn’t initially intend Louis & Lestat as a same-sex couple raising a child, she says she is all for that more modern interpretation.

This charming Southern Gothic comes with a whole lot of the debauchery that HBO is known for. Charlaine Harris’ vampires might’ve hit the screen at the Twilight peak—pretty ironic, given that series is a Mormon author’s metaphor for chastity—but it’s overflowing with sex and blood. Campy, steamy, and utterly intoxicating, the show racked up 13 million average viewers per episode, making it the highest-rated HBO show that doesn’t involve the Starks of Winterfell.

Author Charlaine Harris has compared the vampires’ struggles for rights with that of the LGBT+ community, some allusions more obvious than others (“coming out of the coffin,” “God Hates Fangs”). Both the TV show and novels feature copious LGBT+ characters, and let’s just say the show is action-packed regardless of whether that action is fighting, or, you know…

Adapted from a novel by John Ajvide Lindqvist, Let the Right One in is such an effective vampire movie in large part because it doesn’t aim to be a horror. Director Tomas Alfredson had no background in horror, and so he chose instead to discard some of the darker parts of the novel (Håkan’s pedophilia, for instance) and focus on the main characters’ interpersonal relationship. Disinterested in creating an outright genre film, Alfredson commented, “I suppose the strongest elements of fear are the fantasies of the scary things that could happen… When scary things do happen, you tend not to be so afraid — it’s the fantasy that’s the scariest.”

The film is dominated by sparse sets and gray lighting, the murders that occur all the more sinister because of their strangeness. Audiences feel uneasy as a small girl takes down a grown man. And audiences feel even worse when they realize Oskar, a bullied child with violent revenge fantasies, may be more dangerous than the vampire. In Let the Right One In, childhood innocence is nothing so soft and harmless.

With taglines “Friendship is Forever” and “They Suck at School,” the franchise delivers on its implicit promise: that this is a campy teen story with all the debauchery you’d expect from a remote vampire boarding school. While Richelle Mead’s portrayal of adolescence may be classic, her take on vampires is anything but. The internationally-bestselling series depicts the social stratification between Moroi—rich, ambiguously European teens who drink human blood and can use elemental magic—and their mostly-human Dhampir bodyguards. Oh, and then there’s the Strigoi, who drink blood and, more importantly, kill their victims.

The series (and the movie!) is just as much ski slope shenanigans as it is international-murder-mystery, a romp across genres with a delightfully mouthy protagonist. Although the film was not especially high-grossing, the source material has sold over 8 million copies and topped the NYT Bestseller List on numerous occasions.