The Ninja Daughter is an action-packed thriller about a Chinese-Norwegian modern-day ninja with Joy Luck Club family issues who fights the Los Angeles Ukrainian mob, sex traffickers, and her own family to save two desperate women and an innocent child.

Sounds gripping right? You need to get your hands on Tori Eldridge’s new book and here’s your chance! Enter our giveaway to win The Ninja Daughter plus other killer prizes.

ENTER OUR Thrilling GIVEAWAY FOR YOUR CHANCE TO WIN ‘The Ninja Daughter’ Prizes:

Be taken on a wild ride of an intense thriller filled vigilante justice and kick-ass action!

After her sister is raped and murdered, Lily Wong dedicates her life and ninja skills to the protection of women. But her mission is complicated. Not only does she live above the Chinese restaurant owned by her Norwegian father and inspired by the recipes of her Chinese mother, but she has to hide her true self from her Hong Kong tiger mom who is already disappointed in her daughter’s less than feminine ways, and who would be horrified to know what she had become.

But when a woman and her son she escorted safely to an abused women’s shelter return home to dangerous consequences, Lily is forced to not only confront her family and her past, but team up with a mysterious—and very lethal—stranger to rescue them.

“Eldridge’s debut thriller introduces readers to a heroine for the #MeToo era and deftly explores the dangers of Lily’s avocation, the challenges of familial relationships, and the need to continue to fight the abuse and exploitation of others.”
―Library Journal (Starred Review) and Debut of the Month
“Eldridge expertly mines both domestic suspense and action thriller.”
―Publishers Weekly
“If you love a heroine who’s tough, brilliant, and never runs from a fight, look no further. Tori Eldridge introduces the warrior-sleuth you’ll want fighting by your side.”
―Tess Gerritsen, NYT bestselling author of THE SHAPE OF NIGHT
“THE NINJA DAUGHTER is a remarkably fresh, intense thriller, and Lily Wong is one hell of a new hero. Tori Eldridge is redefining the genre.”
―J.T. Ellison, NYT bestselling author of TEAR ME APART

Learn more about the prizes!

Lily Wong tea vessels have been crafted especially for The Ninja Daughter by Julie Berkowitz Ceramics. Julie’s husband and son hold black belts in the To-Shin Do ninja martial arts. Julie is an artist and a teacher, sharing her gifts with love from North Carolina.

Golden Lily Milk Oolong Tea (from the Jin Xuan mountain in Tawain) is a favorite of Lily’s since childhood, and is the tea she and Ma drink together in The Ninja Daughter. The special growing region and process gives this tea its natural creaminess, milk flavor, and silky texture. 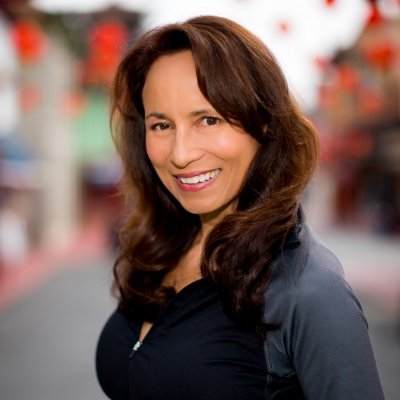 Tori Eldridge is a Honolulu-born writer who challenges perspective and empowers the spirit. Her debut novel, The Ninja Daughter, is the first book in the Lily Wong series and was inspired by her debut short story featured in Suspense Magazine’s Best of 2014. Other short stories have been published in several anthologies, and her screenplay The Gift earned a semi-finalist place for the prestigious Academy Nicholl Fellowship.

Tori is of Hawaiian, Chinese, Norwegian descent and graduated from Punahou School with classmate Barack Obama. She holds a fifth-degree black belt in To-Shin Do ninjutsu and has traveled the USA teaching seminars on the ninja arts, weapons, and women’s self-protection. Tori has performed under her maiden name (Tori Brenno) as an actress, singer, dancer on Broadway, television, and film. She and her husband, Tony, live in Los Angeles where they raised two wonderful sons.

There is so much more to Tori that we had our video department put this together:

We also had the pleasure of sitting down with Tori to talk about her recent book, her writing, and what inspired her to write The Ninja Daughter.

Learn more about Tori and keep up with regular updates at www.torieldridge.com

Author Tori Eldridge discusses her new book “The Ninja Daughter”. Her book talks about a Chinese-Norwegian modern-day ninja who’s forced to confront her family and her past in order to save two desperate women and an innocent child.

Enter our giveaway for a chance to win “The Ninja Daughter” book plus other killer prizes!