Here are some ideas for 'Harry Potter' shows we would like to see.

END_OF_DOCUMENT_TOKEN_TO_BE_REPLACED

Have you ever wanted to write your own fanfiction? Here are some tips for getting started.

END_OF_DOCUMENT_TOKEN_TO_BE_REPLACED

Literature can bring you to a new world. Let travel to these iconic locations.

What is there to say about A Very Potter Musical? It’s one of the greatest works of all time. If you’ve seen it, you’ll understand, and if not, you should probably just go watch it right now. Not even to enjoy these memes better, just because everyone deserves to experience it. Anyone who likes Harry Potter, though, can appreciate the show’s genius, whether they’ve seen it or not.

Watching it the First Time 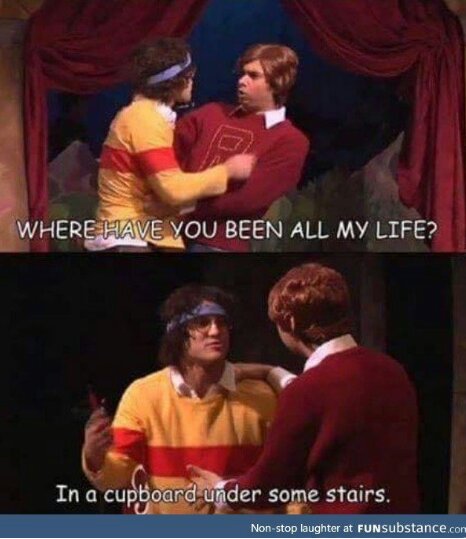 This really captures the humor of the whole thing. It’s already there in the source material. It’s very close to the surface. And yeah, the Harry Potter books are wonderfully funny when they want to be, but there’s SO MUCH there that can be brought out. And boy does Very Potter Musical find all of it. They spent a full quarter of their budget on a giant chocolate bar. Go watch it.

When I tell you that Malfoy is the best part of this play, I want you to understand how seriously I mean this. Voldemort tap dances. The sheer physical comedy, I simply cannot describe the genius. Half of Malfoy’s time on stage is spent rolling around. It’s genuinely dazzling. And I’m also pretty sure this is just cannon. Malfoy throws around his father a lot, but do we think his father actually cares?

Listen. Listen. It may seem like that’s a bad name for a school. But like. Hogwarts. When was the last time we thought about that? Certainly not this decade. Maybe not this millennium. Also, this is another Malfoy thing, and you know how I feel about Malfoy. I’ll try and stop. But seriously, a wizard school on Mars? That’s basically the best place I can think of. Why did they throw sci-fi in there? Because they’re geniuses. 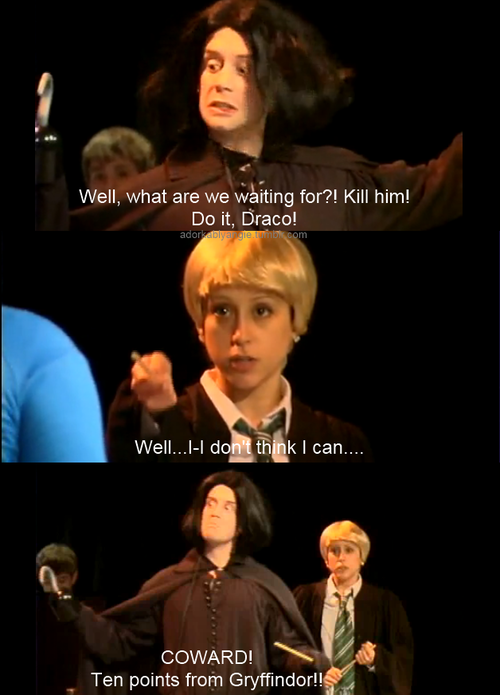 This may be another Malfoy thing a little! Let’s talk about Snape. He throws his cape around, he takes points from Griffindor, and I think that’s valid as it gets. And look at that wig. Honestly I could just go on forever. If you think Snape sounds good, just wait until you see Dumbledore. He’s the absolute most, and I’m amazed all the memes weren’t about him. 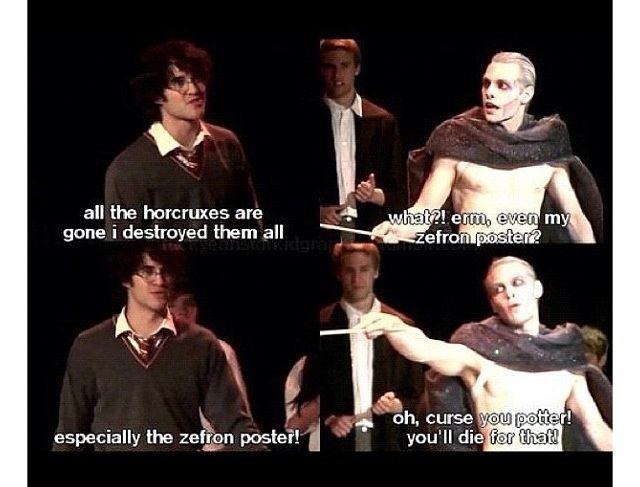 As someone who’s never had an opinion on Zach Effron in my life, boy do I have opinions about the Zefron poster in a Very Potter Musical. It’s so, so funny. Dumbledore would rather be defeated by Voldemort than destroy it. And Voldemort turned a poster of Zach Effron into a horcrux. They don’t explain this! Zefron poster horcrux. Of course. Makes instant sense.