What do Jamie and Claire have in common with Lin Manuel Miranda's 'Hamilton'?

END_OF_DOCUMENT_TOKEN_TO_BE_REPLACED

On this day in 1991, 'Outlander' was published by Diana Gabaldon. If you're interested in reading it, here's everything you need to know.

END_OF_DOCUMENT_TOKEN_TO_BE_REPLACED

If you love 'Outlander', you'll love these books.

END_OF_DOCUMENT_TOKEN_TO_BE_REPLACED

UFOs.  Some of us occasionally see them.  We don’t know what they are.  We’ve only ever seen them in the sky, floating in the darkness of the night sky, almost taunting us in ways unimaginable.  What are these things, and why do we have so many accounts of people seeing them?  In his new book, Identified Flying Objects: A Multidisciplinary Scientific Approach to the UFO Phenomenon, Dr. Michael P. Masters argues that UFOs are not piloted by aliens.  Interested, yet? In his book, Masters “examines the premise that extraterrestrials may instead be our distant human descendants, using the anthropological tool of time travel to visit and study us in their own hominid evolutionary past.”

His new book goes into the detail of how it’s much more unlikely for aliens to know where we are in a universe as large as ours (looking past the Milky Way galaxy, here).  In fact, Masters states that the aliens that we think are piloting these UFOs could very well be humans!  He reasons this:

“We know we’re here.  We know humans exist.  We know that we’ve had a long evolutionary history on this planet.  And we know our technology is going to be more advanced in the future.  I think the simplest explanation, innately, is that it is us.  I’m just trying to offer what is likely the most parsimonious (resourceful) explanation.”

That is pretty wild.  Though it does make sense.  Human technology has come so far in just 100 years. Around 100 years ago, things like automobiles were beginning to develop, radios were rolling out, and even the television was being worked on.  Now we have flat screen TVs with flexible displays, smartphones with artificial intelligence software, right in our pockets, or even smart fridges.  Who’s to say that in another 1000 years, we won’t have personal aircraft capable of time travel? Also, what are the odds that an alien race has found humans on Earth and spying on us for years upon years?  What would they have to gain from just observing us so much?  If these aliens are in fact humans from the future, then it would make sense if these future humans are just observing a more primitive version of themselves (speaking in relation to time, of course).

This is all written in theory, but the arguments Masters presents are really interesting.  If you’re interested in his book, check out the Amazon link above!

Featured image via the daily beast

Young adult fiction is undeniably one of the most popular genres of all time. It was first categorized around the 1930s with Lauren Ingalls Wilder’s series Little House on the Prairie. Teachers and librarians were slow to accept books intended for younger readers, but young adult books today focus on issues in society with such a passion that even older adults love to read them.

YA subgenres have ebbed and flowed over the years, and the two ever-reigning subgenres seem to be fantasy and contemporary fiction. You can always find a unique new release of a fantasy novel or a self-aware contemporary love story. But what genres are so dead that publishers in 2019 will rarely publish them and why did young adults stop reading them? 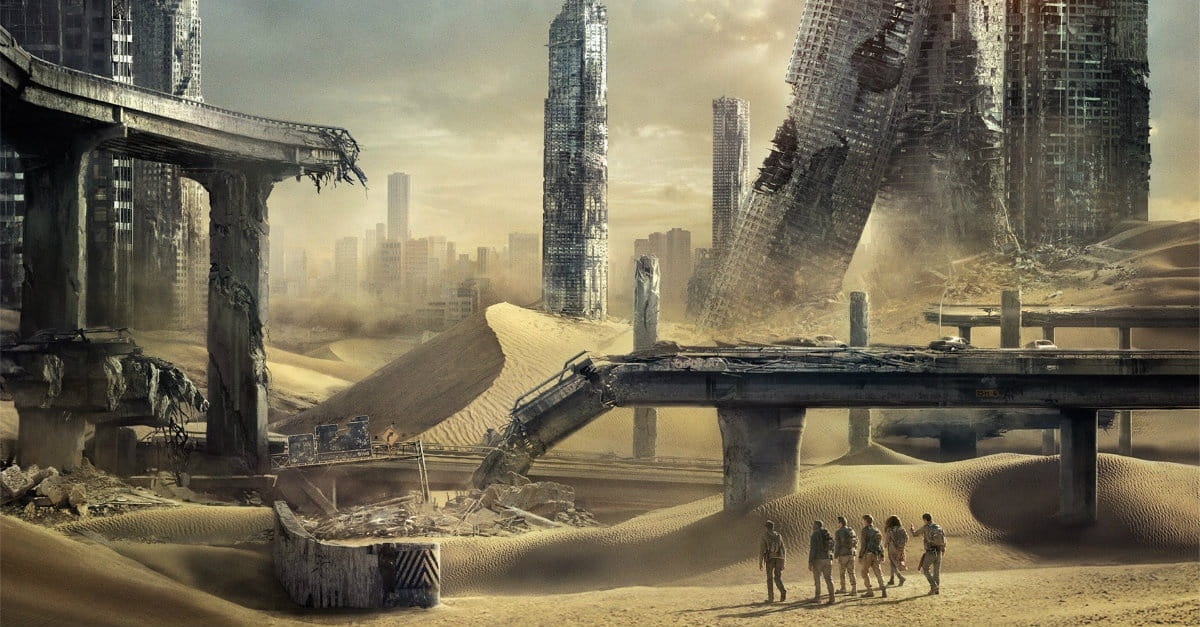 Ah, yes. Dystopian. Nostalgia for 2012, anyone? Maybe it was because everyone was talking about the Mayan calendar and the end of the world, but people were in a craze over dystopian society books like The Hunger Games and Divergent. Books about post-apocalyptic societies like The Maze Runner weren’t too far behind in the craze, either. Most dystopian subgenres are based on sci-fi and these particular subgenres started to oversaturate the sci-fi genre. Because of the immense popularity of books like The Hunger Games, every author wanted to replicate that fame and success. Understandably, readers got bored.

We became sick of tropes like “the chosen 16-year old who has a special ability that allows him or her to rebel and change dystopian society.” Readers began to pay attention to different genres and new authors, and the dystopian genre and its tropes slowly died out as YA readers found more relevant books. With the upcoming release of Suzanne Collins’ Hunger Games prequel, The Ballad of Songbirds and Snakes, it’ll be interesting to see how this dystopian writer tackles this so-called “dead” genre.

When you think of paranormal YA, think vampires, werewolves, and zombies. So basically Twilight minus the zombies. For a while, the Twilight series was the reigning series for the paranormal subgenre. Teens were obsessed and buying t-shirts to show off their pride in Team Edward or Team Jacob. So what happened? Well, other authors tried to replicate the success of Twilight, and teens kept reading vampire and werewolf books until they wanted a taste of something different. Once the movies were released, Twilight stirred up even more controversy as readers began to release that Bella and Edward were an unhealthy relationship portrayal for young teens.

Still, it seems a bit disappointing that the whole vampire subgenre should die out because of one bad portrayal— especially when there’s so many amazing vampire stories, like Anne Rice’s Interview with the Vampire. But never fear for those readers who were into paranormal or urban fantasy books other than Twilight, or even those who were into Twilight (no shame here)— these subgenres are making a slow return, starting with Renee Ahdieh’s new vampire novel The Beautiful.

Steampunk is one of a few YA genres that has never taken hold of a readership. Any successful steampunk books are technically classified under other YA subgenres and only have small steampunk elements. Those books that did attempt to focus solely on steampunk, an attempt that surged around the early 2000s, were usually adult books and were just too similar to each other to claim a place as a real subgenre. 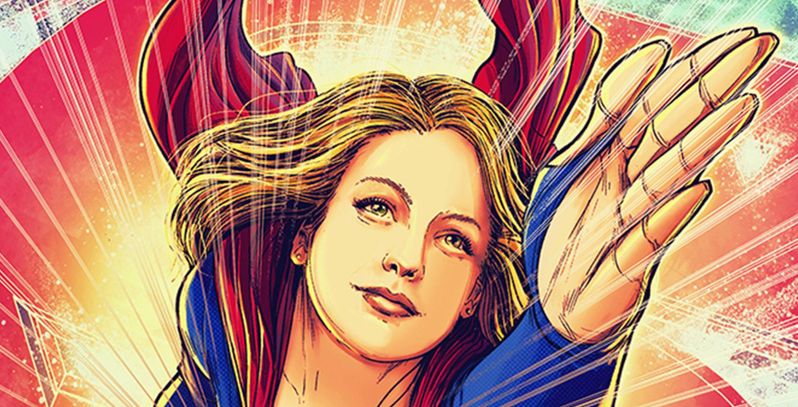 Superheroes certainly have a presence in comic books and movies, but this genre just isn’t present in YA. There’s no clear reason why superheroes are more popular in movies than books— maybe viewers would rather see sexy superhero actors and actresses blow stuff up rather than reading about them. Or maybe, like steampunk, superhero YA books have just been too similar with dead YA tropes like “the chosen one.” 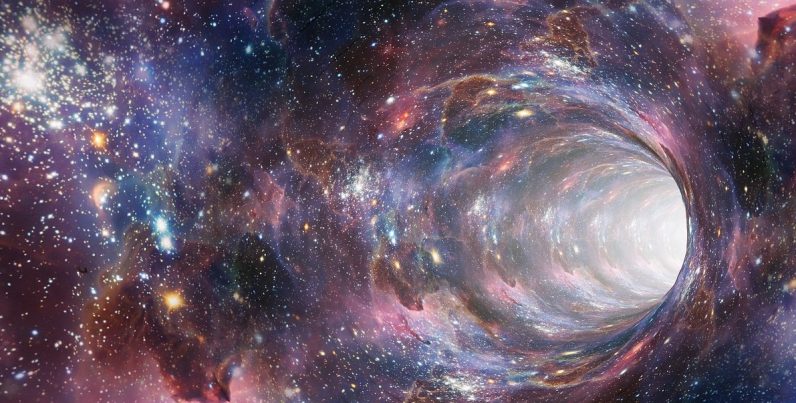 image via the next web

Time travel in YA sci-fi hasn’t been as successful as you might think, although time travel in YA fantasy has more of a presence. Maybe it’s because sci-fi books like H.G. Wells’ The Time Machine were written way back in 1895 and readers’ fascination with time travel has died out since then. Yet time travel is still popular in movies and TV, so it’s also up to speculation as to why this genre hasn’t taken off in YA.

If you’re interested in more about the book market or dead genres in publishing, check out this video by Alexa Donne, author of Brightly Burning. She explains all of these dead genres and tropes in-depth and also has some fascinating insights about the publishing world as well as advice for new writers.

Featured image via The Pilot Press