Reportedly, Ludi Lin is on the shortlist to be cast as Shang-Chi, and Donnie Yen is in talks for an unnamed role in the project.

That Hashtag Show states that Marvel is looking for “a wise, old statesman and one of his deadliest warriors,” and they believe that “the studio is currently targeting an early-November start of production” and is aiming for “the February 12, 2021 date…[which] would coincide with the Chinese/Lunar New Year.”

Obvious the ‘deadliest warrior’ is Shang-Chi, Marvel’s ‘Master of Kung-Fu’. Apparently Ludi Lin, who’s had roles in Power Rangers, DC’s Aquaman, and Black Mirror is on the shortlist.

Thankfully, he was only a supporting character in DC’s Aquaman, playing this dude… 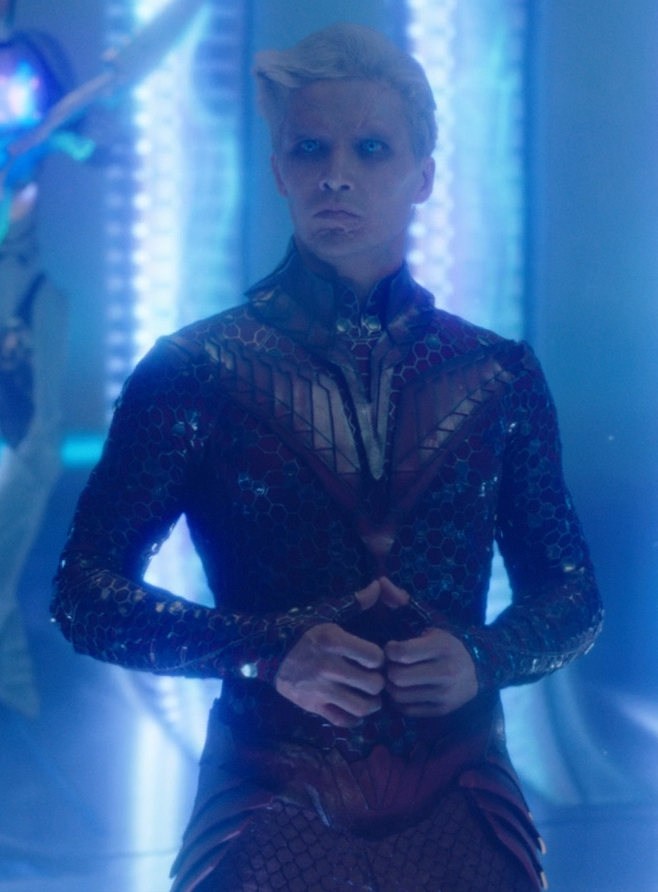 …named ‘Murk,’ which means he’s not associated with DC and can still be at the very least considered. Remember how Zachary Levi portrayed Fandral in Thor: The Dark World and Thor: Ragnarok before he played Shazam in Shazam.

If you recall, Ludi Lin told Screen Rant in December while promoting Aquaman that he wanted “to do an Asian-centric superhero. To tell that story.” He elaborated:

I mean ideally, I’d like to design my own superhero, make my own creation. But I think the Marvel world is pretty incredible as well. Especially in honor of Stan Lee, the person who created this entire, I mean like an entire universe. You know what I mean?

Personally, however, I wouldn’t get my hopes up. Remember when Ender’s Game‘s Asa Butterfield was on the shortlist to play Spider-Man? He was in early talks for the role and stayed on the list until it dwindled down to four people. Then he was ‘out’, which left Boardwalk Empire‘s Charlie Plummer, Pixels‘ Matthew Lintz, and The Impossible‘s Tom Holland.

Image Via Film – The Av Club

After confirming that they were planning on doing a Shang-Chi movie at at a press conference for Avengers: Endgame, Marvel was asked if doing a superhero movie with an Asian lead was a risk.

Kevin Fiege, President of Marvel Studios had this to say: “I think every movie that we do is a risk,” he said. “We only want to do movies that people seem to think are risks.”