Tons of Game of Thrones news has hit over the last few days. The original writers left the Star Wars franchise, one of the proposed prequels centering around the White Walkers was just cancelled, and another one focusing on the Targaryans, titled House of the Dragon, has been given a 10-episode order. With all this news happening all at once, what does the creator of the world of Westeros have to say about it? 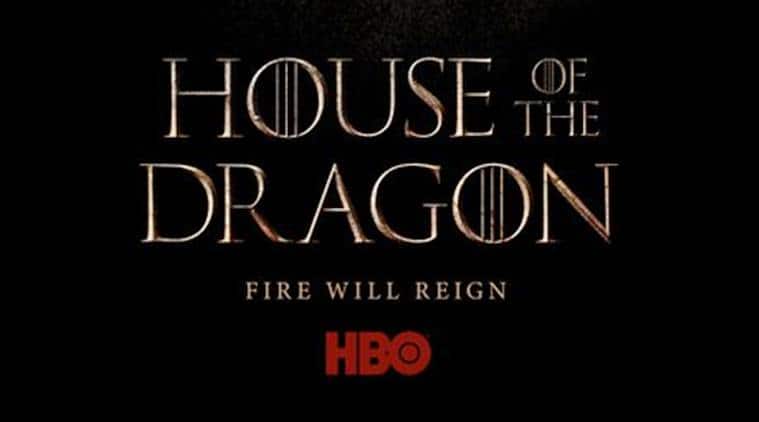 Image Via The Indian Express

George R. R. Martin spoke about all these developments in a blog post titled The Dragon Takes Wing. He expressed happiness at the recent prequel news, but also said that he was sad that The Long Night, the working title for the White Walkers prequel headed by writer Jane Goldman, never went through:

It goes without saying that I was saddened to hear the show would not be going to series. Jane Goldman is a terrific screenwriter, and I enjoyed brainstorming with her. I do not know why HBO decided not to go to series on this one, but I do not think it had to do with HOUSE OF THE DRAGON.  This was never an either/or situation. If television has room enough for multiple CSI’s and CHICAGO shows…well, Westeros and Essos are a lot bigger, with thousands of years of history and enough tales and legends and characters  for a dozen shows. Heartbreaking as it is to work for years on a pilot, to pour your blood and sweat and tears into it, and have it come to naught, it’s not at all uncommon. I’ve been there myself, more than once. I know Jane and her team are feeling the disappointment just now, and they have all my sympathy…with my thanks for all their hard work, and my good wishes for whatever they do next.

However, unlike the original show, Martin will not be involved in the series until the next book in the series, The Winds of Winter, is finished:

“But… let me make this perfectly clear… I am not taking on any scripts until I have finished and delivered WINDS OF WINTER.  Winter is still coming, and WINDS remains my priority, as much as I’d love to write an episode of HOUSE.”

The Winds of Winter still does not have a release date.

According to CNN George R.R. Martin has broken his silence on The Winds of Winter. He’s revealed when the next book is coming! Rejoice, everyone! Or…not? As Martin, as usual, was very coy in his statement and revealed things while also not revealing anything at all.

George R.R. Martin confirmed that the next book ‘will be’ complete but refused to say when it can be expected, only that he promises he will finish it, along with A Dream of Spring. Will the ending will be different? He had this to say:

Thanks George, that clears that up. George continued in his statement by noting books are a wholly different medium than television and his novels will explore characters in detail that never appeared on the show, such as Jeyne Poole, Lady Stoneheart, Penny, Darkstar, Aegon VI, and more. But that’s all he goes into. In any case, it’s safe to assume his books will be quite different than the show’s ending but of course, all we can do is theorize until he finally, finally releases the next book.

Hopefully it’ll be worth the wait!

George R. R. Martin is a known realist, which seems like an oxymoron given that he’s currently one of the most-celebrated fantasy writers on the planet. But part of why his fantasy worlds feel so fully-realized is his commitment to authenticity even in the most improbable situations.

You’d think it would be a challenge to make horses seem unrealistic, given that they’re, you know, real. Martin disagrees. “A lot of fantasy writers get horses all wrong,” he explained in an interview with Neil Degrasse Tyson, “they make them these tireless beasts that can go anywhere and gallop for seven days straight.” Essentially, horses aren’t cars—they definitely sh*t more often.

When Tyson remarked that Martin doesn’t give his horses any magical traits, such as wings or an innate ability to form cutesy bonds with their riders, Martin offered a coy reply: “I have an interesting take on unicorns coming up in the new books. Oops.” (The above image is an example of what Martin’s unicorns will NOT look like.)

‘Interesting’ with Martin often means ‘relatively horrific,’ so it’s safe to say that glitter doesn’t factor into his interpretation. A brief passage from A Dance With Dragons reveals that Westeros’ unicorns are probably more like goats than horses: when Jon Snow inhabits the body of Shaggydog, Rickon Stark’s dire wolf, he rips into an “enormous goat” and washes the blood from the place “where the goat’s long horn had raked him.” No mention of a billowing rainbow mane.

This may not be the sort of scandalous teaser we were looking for, but when it comes to this highly-anticipated (possibly long-overdue) instalment, any news is good news—that is, unless the news is that Martin has had to lock himself in another cabin in order to give the manuscript another go. Some of us may no longer care WHAT appears The Winds of Winter, just so long as the book appears on shelves sooner rather than later. Oops. Of course, most fans respect Martin’s time and understand that his masterful novels require serious effort, particularly with the burden of overwhelming fan expectations. A Dance With Dragons was released in 2011, the same year that the first season of the internationally-acclaimed show aired on HBO. Since then, the author’s popularity has grown—along with, we assume, THE PRESSURE.

Fortunately, this teaser about the unicorns is hopefully a lighthearted distraction from what’s sure to be a depressing episode this Sunday…

Winter is here and the final season of Game of Thrones has finally arrived! While most are clamoring about the first episode (and rightly so), there was also another large event last night in the lead-up to the premiere, interviewed by George R.R. Martin. George R.R. Martin was interviewed on a special segment of 60 Minutes, where he talked in length about the series, his attitude toward killing characters, and his thoughts on the show overtaking his own source material.

George R.R. Martin noted he always tries to make his death scenes ‘important’ and ‘unexpected’, both taking the audience by surprise while really making them feel the impact of what happened. On deaths like Ned Stark or the Red Wedding, Martin noted the audience assumed these characters were safe because they were the heroes and the heroes can’t die. On choosing to kill off the assumed main characters, Martin hoped to truly shock the audience and take his series in a direction that other works of fiction simply didn’t go in. However, he revealed writing these scenes wasn’t easy for him, as the characters were so real he felt truly awful when he wrote their deaths. In fact, George R.R. Martin wrote A Storm of Swords around the titular Wedding first because it was so hard for him to truly commit to creating the act itself. We can certainly sympathize, George!

George R.R. Martin further commented that he always planned to have The Winds of Winter and A Dream of Spring done before the series was over but for whatever reason, it didn’t happen. Martin said it was quite a ‘blow’ when it did happen but went on to say he was very happy with how the television series has adapted his work, considering it immensely faithful and predicting the ending won’t be much different from his own. He did note that of course the series was different but all adaptations differ from their original work, using the example of how Spider-Man has changed across different mediums from Stan Lee’s original superhero.

The most exciting part of the interview (for us, anyway) was when Martin revealed what writing the first chapter was like. He said he was writing another science fiction novel at the time and the first scene of Game of Thrones just came to him. The first scene he put down into words was where the Stark family found the direwolf pups, banging it out over three days. He went on to note that the scene ‘haunted’ him, with its characters seeming so real him. The world sprung forth from ideas he crafted from this scene, such as the concept of the world’s seasons that could go on for years and the kingdom around the North. He went on to flesh out the lineage of the kings and even drew the map that he had a concept of the world.

An excerpt from the full interview with George R.R. Martin can be found below:

With the last season of Game of Thrones arriving in the coming months, it’s strange to think that one of HBO’s biggest shows is about to end. The show first aired back on April 17th, 2011, only about three months before A Dance with Dragons hit shelved on July 12th that same year. Now the show is wrapping up while Winds of Winter tries to find a release date (George R R Martin said no to a season 8 cameo because he wants to finish the book), it almost doesn’t seem real.

It didn’t for Cersai Lannister actress Lena Headey. Back in July of 2017, Time Magazine asked Lena Headey how it felt that Game of Thrones was approaching the end of its run. “I don’t really have time to think about it. It doesn’t feel very real right now,” she responded.

It’s often easy to forget that the characters aren’t the actors themselves. They’re real people just like us. The only difference, with regards to Game of Thrones, is they’re working on a different time table. Image Via Geek and Sundry

Lena Headey already knew how what Cersei Lannister was going to do in Season 7 far before we did. She felt what we are feeling right now. And now that Season 8, Game of Thrones’ final season has wrapped, we get a chance to look at how we might feel after the last episode hits us on May 19th this year.

“I thought I wasn’t going to let myself get to that point because I had the last day to get through,” the actress told the Huffington Post, “…when I left and I got in the car, I broke down in tears and I was… yeah, devastated.”

Ouch. Devastated? Winter really is coming. We have a lot to look forward too. We actually do  have a lot to look forward too. Seriously. After all, Winters of Winter is still coming.

While the show version of Cersei might leave us, book readers left off with Cersei back in 2005 during A Feast with Crows after Cersei, having just gone through her walk of atonement, being carried off by Ser Robert Strong (whose description is unnervingly similar to that of Ser Gregor Clegane’s).

Even after the show hit us with a gut wrenching conclusion, the world of George R R Martin still lives on in the pages. While John Snow might have just been stabbed, King Tommen is still alive so I’m positive everything is going to work out great. The Night Walkers might just want to meet with King Tommen’s cats. It totally won’t be devastating.