Today marks the start of ‘Mondays with Michelle,’ a new weekly read-along series for children hosted by none other than Michelle Obama.

Every Monday for the next four weeks, Obama will be reading some of her favorite children’s books in collaboration with PBS Kids and Penguin Random House. Obama says that she hopes to help kids practice their reading, while giving parents a well-deserved and much-needed rest.

The series schedule is as follows:

PBS Kids has hosted numerous read-alongs, including those featuring Brad Meltzer, Marc Brown, Victoria Kann, and Angela Santomera, all of which are available on the above platforms. If you’re a parent looking to keep your kid busy while you work from home, ‘Mondays with Michelle’ is here for you!

Once upon a time there was a very hungry caterpillar, and statistically speaking you know the rest considering the book is bought by someone in the world nearly every fifty seconds.

What you may not know is that Eric Carle’s classic was published on June 3rd, 1969, which makes this beautiful story that not only makes you smile and laugh but also makes you very hungry an astonishing fifty-years old. 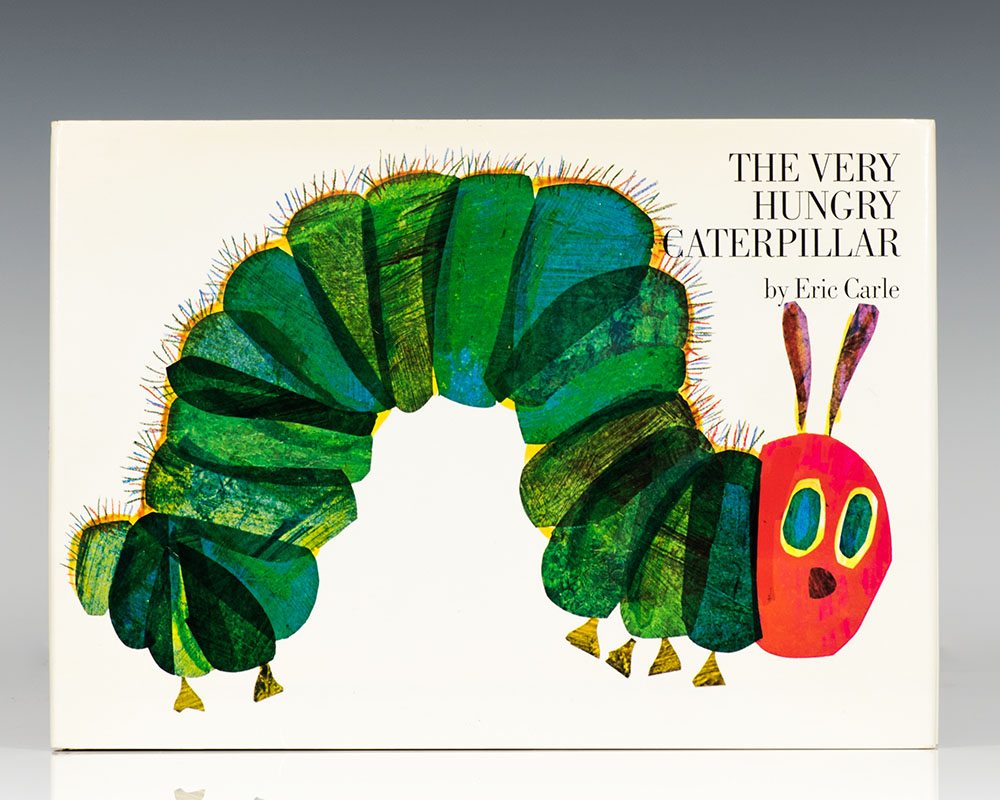 What you also might not know is about Eric Carle’s life. As per The Independent, the Carle family had to move from Syracuse, New York, back to his parents native country of Germany in 1939 when the young author was only six. Unfortunately, they were in the upswing of the Nazi party.

I was used to art being flag-waving, gun-toting Aryans – super-realistic Aryan farmers, the women with their brute arms.

Carle was miserable under Nazi rule, which had taken over the schools and beat children as punishment, but he found two outlets: nature and art. His art teacher, Herr Kraus, “took a great personal risk to show the eager student reproductions of forbidden work by artists the Nazis dubbed ‘degenerate’, such as Picasso, Klee, Matisse and some German Expressionists”. As for nature, Carle recalls:

When I was a small child, as far back as I can remember, my father would take me by the hand and we would go out in nature, and he would show me worms and bugs and bees and ants and explain their lives to me

Years later, after returning to New York in 1952 and have numerous jobs, Carle worked as the the art director of an advertising agency where he was noticed by Bill Martin, Jr. Together, the collaborated on Brown Bear, Brown Bear, What Do You See?

This began Carle’s career. Afterwards he wrote and illustrated 1, 2, 3 to the Zoo and The Very Hungry Caterpillar.

The unknown often brings fear with it. In my books I try to counteract this fear, to replace it with a positive message. 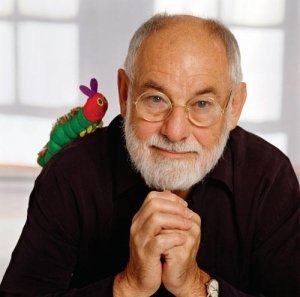 Carle’s fifty-year-old classic has been been translated into sixty-two languages, selling more than 50 million copies worldwide.

In fact, ABC News  Australia writes that the Queensland Aboriginal language was considered ‘virtually extinct’ three years ago, but after deep research in uncovering more than 1,000 words, the language gained its own translation of the classic children’s book The Very Hungry Caterpillar.

Of course, some people point out that the in the butterfly wings are on upside down, but Carle responds to that criticism by saying “…it’s a fantasy. I am the artist and can do whatever I want.”