Exciting news for fans of The Lord of the Rings! According to Deadline young British actor Will Poulter, star of franchises such as The Maze Runner, The Chronicles of Narnia, We’re the Millers, and Black Mirror, is poised to take the lead role of Amazon’s upcoming series based on the bestselling, ever popular fantasy novels. The series has no announced plot yet, but is known to take place in Lord of the Ring’s Second Age, after Sauron’s initial defeat in the First Age but before his return that kickstarts the main plot in the books proper in the Third Age. The series hails from writers JD Payne and Patrick McKay and director Juan Antonio (J.A.) Bayona. Amazon is reportedly putting out all the stops for the show, intent on making it a massive, big budget adaptation of the source material. Although Amazon has not confirmed who Poulter is playing yet, it is widely believed by several sources that he will play the show’s leading man. 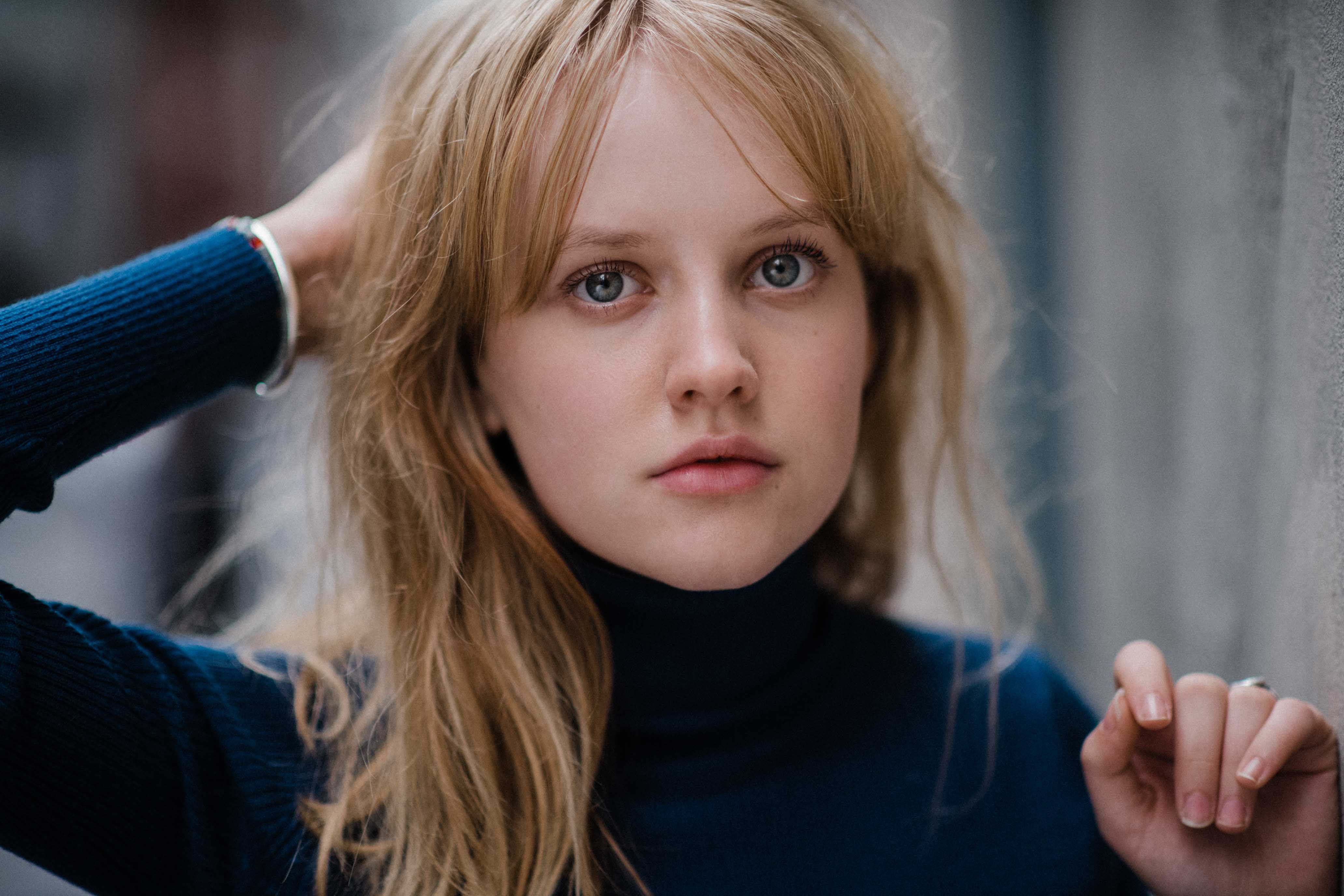 This means he’ll be acting alongside Markella Kavenagh. Kavenagh previously portrayed Cindi in Romper Stomper and Myrtle in Picnic at Hanging Book.

Although again not confirmed, it is believed that Poulter and Kavenagh will play the two leads: Beldor and Tyra

The show will be produced and collaborated with HarperCollins, the Tolkien Estate, and New Line Cinema to bring the rich world of Middle-earth to life once again. Are you excited to revisit Middle-earth? Are you also excited to see Will Poulter in the (potential) leading role? Tell us in the comments!

January is finally here. At least here in New York, that means the snowstorms will slowly ramp up until my back will 100% break from shoveling. But also, January has good things in it, such as New Year’s Day, when we all sit around hungover and anticipate all the things we’ll accomplish in the coming twelve months.

Best of all, January has four Fridays. That means four opportunities to go to the movies and see our favorite books come to life. Here are the movie adaptations you can get hyped for this January.

Based on Molly Bloom’s memoir of the same name, Molly’s Game tells the true story of Bloom’s time running the most exclusive poker games for about a decade before getting arrested by the FBI. Jessica Chastain stars alongside Idris Elba.

The sequel to 2014’s Paddington, Paddington 2 continues the adventures of Michael Bond’s classic bear. This one is looking good, sitting at 100% on Rotten Tomatoes, and people say the first one is excellent as well. Hugh Bonneville, Sally Hawkins, and Hugh Grant star, with Ben Whishaw voicing Paddington Bear.

Based on Doug Stanton’s non-fiction book Horse Soldiers, 12 Strong is the story of a 12 member team deployed in Afghanistan following the September 11th attacks, where they fight using unconventional tactics. Such as ride horses. The movie stars Chris Hemsworth, Michael Shannon, and Michael Peña.

Mary and The Witch’s Flower

Based on The Little Broomstick by Mary Stewart, Mary and The Witch’s Flower is a little bit like Cinderella, except instead of becoming a princess for a night, Mary becomes a witch for a night. Sounds like a better deal. This is the first feature film from Studio Ponoc, which was founded by former Studio Ghibli animator Yoshiaki Nishimura.

The much-anticipated finale to the Maze Runner series, based on James Dashner’s novels, The Death Cure promises a fiery conclusion. You can expect more mazes in this one, as the characters must infiltrate the famed Last City. Dylan O’Brien, Kaya Scodelario, and Patricia Clarkson star.

A great day for every book lover is when we find out that our favorite book will be coming to the big screen. What’s better than that? When you know all the details like who’s in it, the release date, and even get to see the trailer! There will be a lot of adaptations coming to screens in 2018, but these eleven all have official trailers out already. The synopsis’ and star lists are all courtesy of IMDb.

Synopsis: A runaway couple go on an unforgettable journey in the faithful old RV they call The Leisure Seeker.

Synopsis: 12 Strong tells the story of the first Special Forces team deployed to Afghanistan after 9/11; under the leadership of a new captain, the team must work with an Afghan warlord to take down the Taliban.

Synopsis: Young hero Thomas embarks on a mission to find a cure for a deadly disease known as the “Flare”.

4. The Tale of Peter Rabbit by Beatrix Potter (February 9)

Synopsis: Feature adaptation of Beatrix Potter’s classic tale of a rebellious rabbit trying to sneak into a farmer’s vegetable garden.

Synopsis: The third installment of the ‘Fifty Shades of Grey’ trilogy.

6. Every Day by David Levithan (February 23)

Synopsis: A shy teenager falls for someone who transforms into another person every day.

Synopsis: A biologist signs up for a dangerous, secret expedition where the laws of nature don’t apply.

Synopsis: Ballerina Dominika Egorova is recruited to ‘Sparrow School’ a Russian intelligence service where she is forced to use her body as a weapon. But her first mission, targeting a CIA agent, threatens to unravel the security of both nations.

9. A Wrinkle in Time by Madeleine L’Engle (March 9)

Synopsis: After the disappearance of her scientist father, three peculiar beings send Meg, her brother, and her friend to space in order to find him.

10. Simon vs. the Homo Sapiens Agenda by Becky Albertalli (March 16)

Synopsis: Everyone deserves a great love story. But for Simon it’s complicated: no-one knows he’s gay and he doesn’t know who the anonymous classmate is that he’s fallen for online. Resolving both issues proves hilarious, scary and life-changing.

Synopsis: When the creator of a virtual reality world called the OASIS dies, he releases a video in which he challenges all OASIS users to find his Easter Egg, which will give the finder his fortune. Wade Watts finds the first clue and starts a race for the Egg.

The world of young adult fiction is pretty hot for dystopian storylines right now, and author James Dashner has definitely found a comfortable niche in that world. With shades of The Hunger Games and Divergent, The Maze Runner series features an adolescent cast of boys fighting for survival after the world has been destroyed by solar flares. There’s danger, violence, and just a little cannibalism, but the series is still decidedly geared towards young adults. His other series, The Mortality Doctrine, inspired by Dashner’s favorite movies The Matrix and Inception, is also aimed at teenaged readers.

But Dashner is apparently ready for something new.

Set to be released by Ballantine Books in January 2018, The Waking marks Dashner’s first foray out of the young adult genre and into darker territory. Inspired partly by the true story of South Carolina serial killer Donald “Pee Wee” Gaskins, The Waking tells the story widower and father of four, David Player. The story bounces back and forth between the present day and David’s childhood as a series of killings spark up that are eerily reminiscent of a similar string of murders that happened when David was a boy.

With an unknown number of victims, “Pee Wee” Gaskins holds the distinction of being South Carolina’s most prolific serial killer. His crimes lead him to the electric chair in 1991, but prior to his death he collaborated with author Wilton Earl in writing his autobiography, Final Truth, which was published in 1993. If Gaskins is the inspiration for Dashner’s debut adult novel, it has the potential to be chillingly dark.

So to all of the James Dashner fans out there, you have been warned. The Waking isn’t going to be as teenager-friendly as his other books. But if “Pee Wee” Gaskins serves as the inspiration, it’s going to be a thrilling ride for his more mature readers.