In honor of The Return of the King, the climactic end of the revered classic and one of the most iconic trilogies of all time, we’re celebrating this literary milestone with a comprehensive list of little known facts on the novel, the king in question, and Tolkien’s writing and publishing process.

END_OF_DOCUMENT_TOKEN_TO_BE_REPLACED

Eighty-three years ago today, J.R.R Tolkien’s The Hobbit was published. In celebration of the tale that introduced readers to Middle Earth and started the rise in epic fantasy with The Lord of the Rings, we’ve compiled this list of quotes from The Hobbit to celebrate the thrill of budding adventure.

1. “This is a story of how a Baggins had an adventure, and found himself doing and saying things altogether unexpected.” 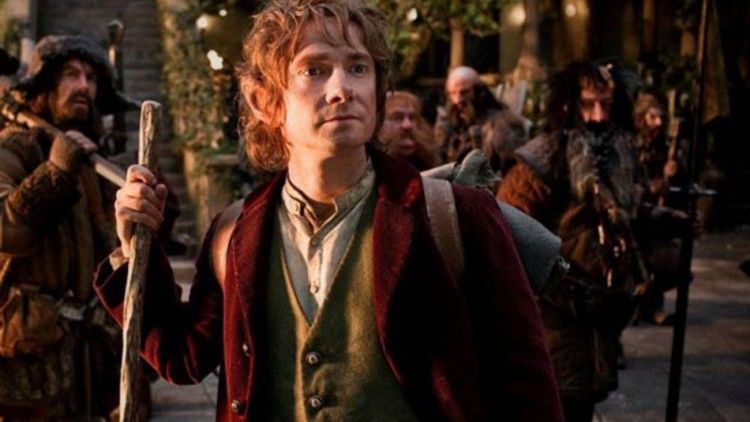 It’s interesting that Bilbo, a hobbit who is originally dead-set against anything that interrupts his routine, would come to see such a radical growth in character. At the onset of the tale, he proclaims, “I don’t want any adventures, thank you. Not today!” He calls them “nasty disturbing uncomfortable things! Make you late for dinner!” And yet, he soon finds himself launching out of his cozy home and racing over the hills shouting, “I’m going on an adventure!”

2. “Then something Tookish woke up inside him, and he wished to go and see the great mountains, and hear the pine-trees and the waterfalls, and explore the caves, and wear a sword instead of a walking-stick.”

When Bilbo is unexpectedly thrust into the path of adventure, he discovers something alive within himself; something waiting to explore. Yes, he often misses the safety of his hobbit hole, the warmth of his fireplace and a singing kettle, but he realizes that these comforts are not nearly enough for him. There’s a life that calls to him beyond the gardens and glades of The Shire. There’s an adventurer in Bilbo, buried deep in his ancestry and blazing in his heart.

3. “It was at this point that Bilbo stopped. Going on from there was the bravest thing he ever did. The tremendous things that happened afterward were as nothing compared to it. He fought the real battle in the tunnel alone, before he ever saw the vast danger that lay in wait.”

Sometimes the real obstacles are those inside us, rather than before us. The darkness that can be found in the mind is more impenetrable than the darkest cave. And sometimes, taking the first step is the hardest hurdle to overcome.

There is nothing more thrilling, and frightening, that standing at the threshold of new terrain. And this delight, mingled with fear, sets  your heart pounding, reminding you that you’re alive. Your racing pulse is sparked from stepping outside of your comfort zone, and the transition from what you have experienced so far to what you’ve never encountered. Gandalf describes this intermediate period as “the Edge of the Wild,” though Wild is more than an adjective for Bilbo. It’s a definitive and dangerous place. A spot on the wizard’s aged map where all the untamed and unkempt are kept. At the very Edge of the Wild, an adventure begins in all of its sheer and honest danger.

5. “There are no safe paths in this part of the world. Remember, you are over the Edge of the Wild now, and in for all sorts of fun wherever you go.”

Whether wandering into a terror-filled forest or skulking into a dragon’s cave, there is always the promise of entertainment. Comfort alone may lead to boredom, whereas excitement follows a fearful journey.

6. “Now they rode away amid songs of farewell and good speed, with their hearts ready for more adventure, and with a knowledge of the road they must follow.”

This passage comes as the party departs the safety they find in Rivendell after a perilous beginning. They originally left The Shire with a goal in their hearts and treasure in their mind’s eye, but after meeting a few hungry trolls, they know that the rest of their journey will be much harder. It’s never easy to leave a comfortable dwelling. It’s almost painful to step into uncertain danger, and most certainly aggravating to step into wet shoes. It’s even harder to return to this mode of travel after a nice, warm rest. However, they know that victory is achieved for those willing to put their small treasures aside in search of a greater one, so they continue on.

7. “You must depend on your luck and your courage.”

The party’s shape shifter friend and gracious host, Beorn, leaves them with this pearl of insight at the end of his warnings for their further journeys through the Wild. He means it to say that there isn’t much he can give them to aid the beasts they will meet along their path, but doubtless, encouragement is found inside the admonition. There is hope in their luck and in their courage, even when all other hope to prevail seem dim.

8. “He felt a different person, and much fiercer and bolder in spite of an empty stomach, as he wiped his sword on the grass and put it back into its sheath. ‘I will give you a name,’ he said to it, and I shall call you Sting.'”

When you can defeat a foe on an empty stomach, you know you’re living out an adventure.

It’s one thing to begrudgingly partake in adventure, or even to set off on one and wish you hadn’t, but it’s entirely another to take life by the horns (or, in this case, fangs). After Bilbo’s first use of his sword, when slaying the giant spiders, he doesn’t just name his tool, but also renames himself. He’s not just a whiny hobbit any longer, but a warrior that can stand in his strength to defend his friends. In overcoming this trial, Bilbo has discovered his resolve, his luck and his courage, and he is now someone worthy of a sword with a name.

Whether you’re one for comfort or for the riches of the world, The Hobbit teaches us all one thing for sure: Whichever pathway you decide to take in life, there’s no end to adventure.

END_OF_DOCUMENT_TOKEN_TO_BE_REPLACED

There, I said it. Burn me at the stake for I committed heresy, but at least let me explain to you why!

END_OF_DOCUMENT_TOKEN_TO_BE_REPLACED

It’s National Beverage Day! To celebrate, we’ve paired eleven of our favorite classics with what we think are their perfect drink counterparts.