What wonderful news! According The Guardian, the Windham-Campbell Prize awarded $165,000 to each of eight writers, all of whom were unaware they were being considered for an award. The Windham-Campbell prizes are among the richest literary awards in the world, and are intended to allow writers to focus on their work free from financial concerns. This year, the winners included essayist Rebecca Solnit, journalist Raghu Karnad, novelist David Chariandy, poets Kwame Dawes and Ishion Hutchinson, playwrights Patricia Cornelius and Young Jean Lee, and novelist Danielle McLaughlin.

Some authors thought it was a practical joke, such as Chariandy, and others had some serious moments of self-doubt they had actually received the award. Jamaican poet Hutchinson said he was absolutely ‘floored’ by the email and gives him new focus to sustain his work. But they were all immensely grateful to receive the awards. We are extremely happy for all these authors, as each of their works is unique and distinct. Well earned for all of them and inspiring for young writers as well!

According to the Guardian, the Nobel prize in Literature will be awarded twice this year, in order to make up for last year, during which time the Swedish Academy withheld the award due to a sexual misconduct scandal. A string of sexual assault allegations were made against Jean-Claude Arnault, husband of member Katrina Frostenson, ending with Arnault’s conviction and imprisonment for rape in October.

The Nobel Foundation announced that they intend to take steps to restore trust in the institution, so awards for both 2018 and 2019 will be announced this autumn. Still, despite these steps, the foundation has a long way to go before restoring public confidence. The Academy was widely criticized for its handling of the investigation into Arnault’s behavior. But on Tuesday, the Nobel Foundation praised the Academy’s new efforts, saying they have handled the situation maturely and saying they are attempting to add external voices to add new perspectives.

Although this situation was rightfully a complex one, it seems the Academy is taking good first steps to restore confidence in the voters. We hope they handle the situation well and are excited for the eventually winners of the two awards, coming in autumn.

Well this is exciting news. According to the Guardian, the Women’s prize for fiction has nominated a non-binary trans author. The author in question is Akwaeke Emezi, a thirty-one  year old Nigerian author, who has been nominated for their first novel, Freshwater. Freshwater tells the tale of a woman called Ada, who has to deal with a ‘fractured self’ as new personalities emerge in her mind and threaten to take over Ada’s mind.

Emezi is one of seven authors up for the prize, with the judges considering the nomination a ‘historic moment’. The judges for their part say they were not aware of Emezi’s gender identity and simply nominated Freshwater on the strength of the book itself. Akwaeke Emezi lives in Brooklyn and has no doubt made an impact through their nomination, opening the gates to more representation in awards categories for fiction.

Books, after all, represent all people from across the world, unbound by gender or race. This nomination should surely push further work by trans authors forward and we’ll certainly be rooting for Emezi to take home the £30,000 prize. 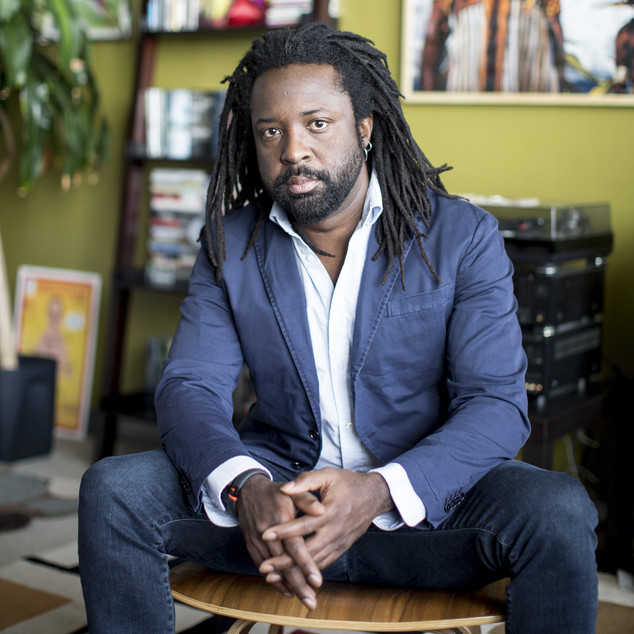 Image via The Wall Street Journal.

In an interview with The Guardian, James discussed his “frustratingly middle class” upbringing as the son of police detectives in Jamaica. Despite being kept relatively safe from the turbulent social climate in Jamaica at the time, James did not fare too well in school, called names by the other students, and spending much time alone.

“My teenage years before college, I spent pretty much all of my time in my bedroom. I spent so much time there that my neighbours thought I did high school in America. I’d go to class, then I’d disappear. I’d just basically come home to eat dinner, sleep, draw comics.”

His lack of success socially made certain comics, like X-Men,  resonate with him. “They’re outcasts,” he says, “they’re outsiders, they’re disliked by a world that they’re still a part of. Even other heroes didn’t trust the X-Men. And that connected with me in a really, really major way.”

He goes on to explain that he “never read any of the foundational fantasy novels” as a child. “Those fantasy novels that you might have thought would be everywhere, like Dune and Lord of the Rings, really weren’t [in Jamaica]. I read whatever cheap crap got dumped on the third world. I didn’t have a community telling me, ‘Read this, read that.’ A lot of what I write about in terms of the fantastic I picked up from comics, particularly Marvel comics. And even that idea of a group of people banded together, which people think I got from Fellowship of the Ring, it’s more like X-Men or one of those anti-teams like Doom Patrol or Suicide Squad. Because comics were easier to get hold of than books.” `

It may be reassuring for any aspiring writers out there who feel like they don’t fit in, to know that even Man Booker prize winner and author of an incredible book, comparable to Game of Throne spent his teen years in his bedroom, in his own fantasy world!

, has taken the literary world by storm, and is soon to be adapted for television by HBO. Italian director Saverio Costanzo will direct, while Jennifer Schuur will serve as executive producer. The plan is for a thirty-two episode series spanning all four books.

My Brilliant Friend follows the story of a sixty-year friendship between two women, which is told by one, Elena, after the other, Lila, vanishes.

The Guardian recently published a beautiful photo essay by Sophia Seymour, which picturesby Giuseppe Di Vaio, exploring the neighborhood in which Ferrante’s protagonists grow up and forge their friendship.

The books follow the girls’ fraught relationship as they navigate the distinct social and economic divides of the city, both railing against and succumbing to the expectations of women as they struggle to be defined by something other than the violence and poverty of their post-war upbringing.

Giuseppe Di Vaio’s photographs capture the hustle and bustle of the Naples neighborhoods featured in Ferrante’s books, while Costanzo writes about their significance and the events, both real and fictional that took place there.

Like these? Check out the article and read about the connections to Ferrante’s hit novels here!

Featured Image Via Giuseppe Di Vaio for The Guardian