Ignoring the broader themes of Chuck Palahniuk seminal work, Fight Club, we’re going to do what we do best and have two people fight each other.

Since we can’t talk about Fight Club (see rules one and two), we’re going to write about it. Specifically, we’re going to have two writers fight each other. Three rounds will determine their strength as we go through their power as description, their distinctive style, and their impact on the world at large.

Then, they’re going to beat the snot out of each other.

In one corner we have the creator of James and the Giant Peach, Matilda, Charlie and the Chocolate Factory, and many more (including all those Oompa Loompas). He’s the King of Pure imagination—although he didn’t write the song—he’s Roald Dahl. Dahl’s birthday just past so wish him some luck because he’ll be facing off against…

The creator of the Cat in The Hat, The Grinch, and the Lorax, the man whose made elephants hatch eggs and put stars on Sneeches. A brilliant author, a quirky illustrator, and the man who just breathes wondrous insanity and insane wonder: Theodore Geisel, better known as Dr. Seuss—though he’s not a real doctor.

1-Whose Writing Style is More Descriptive?

You read that right. Who has the most expressive, pictorial, picturesque descriptions between these two children’s writers? 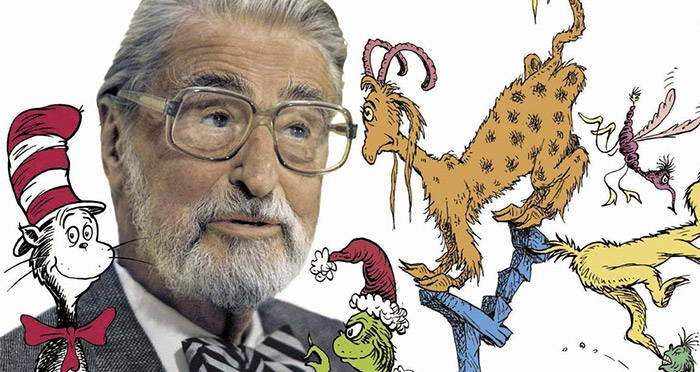 Image Via All That’s Interesting

Now we’ll give it to Theodor Geisel: We all have the same picture The Cat in the Hat, The Sneeches, How The Grinch Stole Christmas whereas we all have different images of what the layout to Willy Wonka’s dangerously FEMA-violated haven of a factory in our mind, but we’re not talking pictures here.

No, we’re saving that for later.

Let’s compare passages from both author’s magnum opuses: Charlie and the Chocolate Factory and The Cat in the Hat…

First is Roald Dahl up at bat: 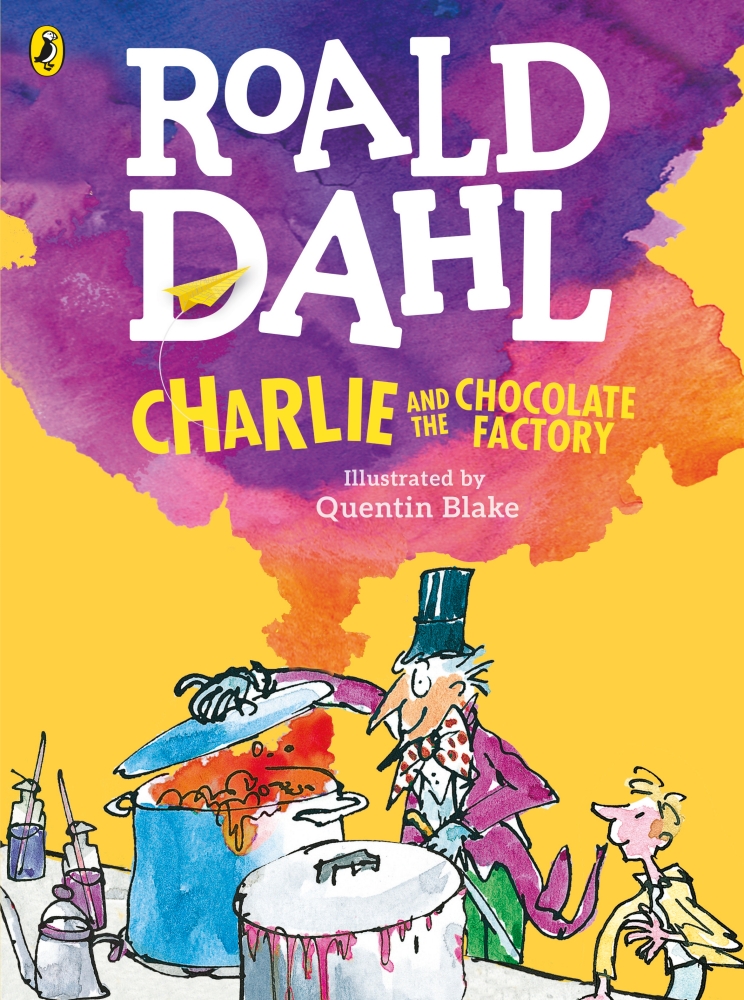 Charlie Bucket stared around the gigantic room in which he now found himself. The place was like a witch’s kitchen! All about him black metal pots were boiling and bubbling on huge stoves, and kettles were hissing and pans were sizzling, and strange iron machines were clanking and spluttering, and there were pipes running all over the ceiling and walls, and the whole place was filled with smoke and steam and delicious rich smells.

Now let’s look at what the doctor’s got cooking:

the sun did not shine.
it was too wet to play.
so we sat in the house
all that cold, cold, wet day.

i sat there with sally.
we sat there, we two.
and i said, ‘how i wish
we had something to do!’

too wet to go out
and too cold to play ball.
so we sat in the house.
we did nothing at all.

and then something went BUMP!
how that bump made us jump!
we looked!
then we saw him step in on the mat!
we looked!
and we saw him!
the cat in the hat!

Which can you picture more: The house with the rain outside, or the room in the factory? Whose passages give us most illustrative words?

Well, our good ol’ doc might have the illustrations, but Dahl’s got the words, so we have to give it him. After all, can’t you just picture Willa Wonka’s factory? Maybe that’s just because of the Gene Wilder, and the Johnny Depp, movie, but we found ourselves on the side of Dahl. Whose got style? Who’s method of writing is more memorable, distinctive, and just all around fabulous?!

Roald Dahl is up to bat:

Charlie Bucket stared around the gigantic room in which he now found himself. The place was like a witch’s kitchen! All about him black metal pots were boiling and bubbling on huge stoves, and kettles were hissing and pans were sizzling, and strange iron machines were clanking and spluttering, and there were pipes running all over the ceiling and walls, and the whole place was filled with smoke and steam and delicious rich smells.

Here we have great comparison: “The place was like a witch’s kitchen!” Buzzing onomatopoeia: “boiling, bubbling, hissing, sizzling, clanking, sputtering.” Dahl shows us a knack for word order, notice how those adjectives rhyme?. Plus, he’s certainly has a knack for names. What’s Augustus Gloop’s main characteristic? What about Mike Teavee? 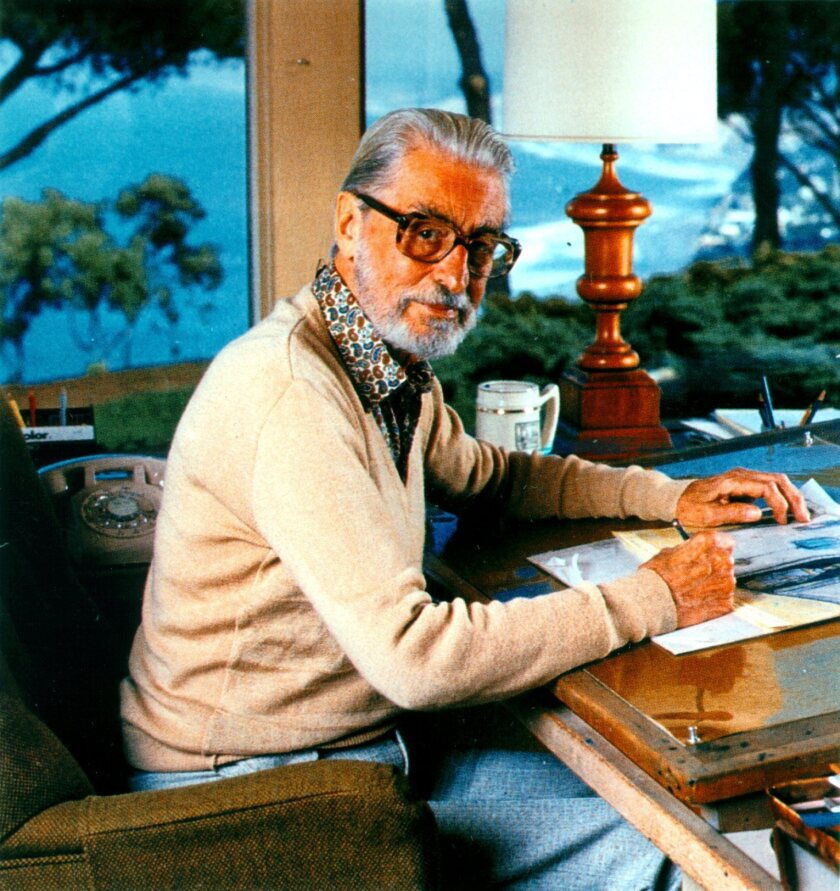 Now before we hand this over to Dahl, let’s take a look at what Dr. Seuss has to offer.

the sun did not shine.
it was too wet to play.
so we sat in the house
all that cold, cold, wet day.

i sat there with sally.
we sat there, we two.
and i said, ‘how i wish
we had something to do!’

too wet to go out
and too cold to play ball.
so we sat in the house.
we did nothing at all.

and then something went BUMP!
how that bump made us jump!
we looked!
then we saw him step in on the mat!
we looked!
and we saw him!
the cat in the hat!

Not counting pictures, you can just tell by the word choice and the way the good doc structures his sentences that he’s got a style that could rival Billy Shakes. 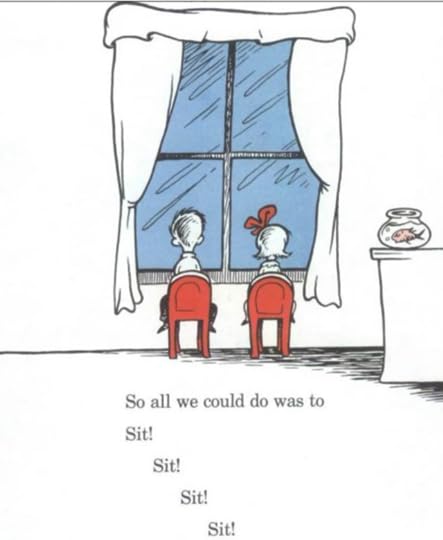 Notice how Seuss uses ‘sit sit sit’, making each word take up page on the space to symbolize how much time them sitting takes up. We don’t know how long exactly, but we know it took a dang long time. 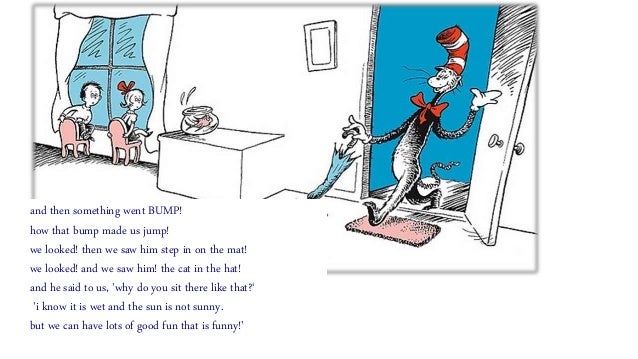 Notice how he also stages for the introduction to the Cat in the Hat. The phrase “We looked!” is good on its own, but then we get the line “we saw him step in on the mat!”, building the anticipation. What’s next?

Another “we looked!”, empathizing the children’s stares at this magnificent creature. To further pound the hammer into that, we have the line “and we saw him!” before we finally learn what these children are looking at.

Yeah, but we already have a picture of the cat, I hear you say. But the words that build the anticipation, emphasis that this creature is not one the children normally see. The words and the pictures, they are intertwined.

It’s such a distinctive style that it’s the figure of parodies.

Now we’ll give it to Roald Dahl: We all can all picture what the layout to Willy Wonka’s dangerously FEMA-violated haven factory might look like, but know exactly what the Cat in the Hat and the Sneeches and the Grinch all look like.

See, I told you were saving that for later, and it came in good use, didn’t it?

Each word, each space is used for maximum effort. Deadpool would be proud and he’s got Katanas, so in this battle of word use we have to the side with Seuss.

Both of these authors have made classics work, but how have they influenced pop culture? 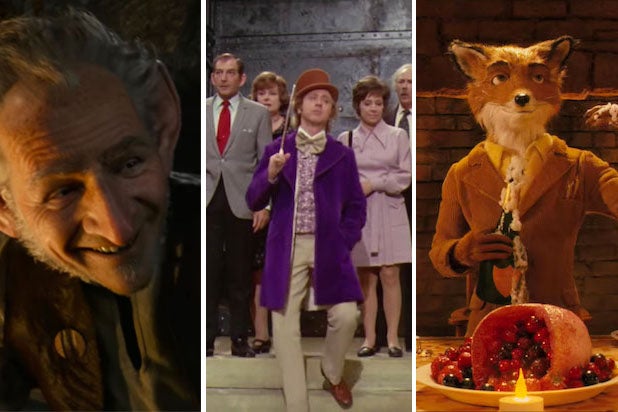 Then we have Dr. Seuss, whose film adaptations reminds us of the horrors of soulless consumerism. We have the Grinch, a movie where Jim Carry makes a man he hates kiss a dog’s butt…

The Cat in the Hat staring Mike Myers, a movie which I’m convinced isn’t really a movie but a portal to hell…

Other adaptations include Horton Hears A Who, an alright movie that never hurt anyone, The Lorax, which butchered the original message, and The Grinch, starring Benedict Cumberbatch, a movie that panders to children and adults at the same time creating a confused mess.

In fact, the only way Dr. Seuss’s film adaptations can even stand up to Roald Dahl is with the shorts, such as The Lorax (1972) and The Grinch starring Boris Karloff, but what do you remember more? The 1973 Sneeches movie…

Plus, the most modern adaptation of a Roald Dahl work is Wes Anderson’s fantastic The Fantastic Mr. Fox and how can you fight the power of symmetry? …or Gene Wilder as Willy Wonka?

Just goes to show that just because people know you’re name, doesn’t mean that’s a good thing. Dahl lives in a world of pure imagination, while Dr. Seuss is now at the center of pure consumerism.

Coming down from the Great Glass Elevator, Roald Dahl surveyed the black land. He had left as soon as Great Daredevil Sneelock flew into his troops, knocking down Oompa Loompas by the dozen before he met the might of a lone, Oompa loompa, smeared with blood and war paint, his head chopped off with a machete.

Coming across the battle field, Dahl put a hand over his nose. Black smoke made his eyes water from when the ingenious Mr. Fox, against the orders of General Wonka and Colon Charlie Buckett, had crafted a bomb under the factory and blew it up.

With each step, Dahl stepped in the remnants of the giant peach. When the hordes broke through, the Grinch had raised the peach above his head like a Christmas sled and threw it at the factory. That was their only mistake. It didn’t kill them, in fact it made them stronger, well fed and ready to fight.

On the horizon lay what was left of Horton. Oompa Loompas had slingshot an every-flavor-dinner gumball and threw it in Horton’s mouth. The Horton turned violet, bloated, and soon, since no one could properly juice him, blew up. Dr. Seuss had been riding the elephant. What had become of him?

Dahl marched forwards and heard a soft scream from below him. On the ground, he saw nothing, but he knew that Sam-I-Am had eaten some green eggs and ham during the battle, unaware they were poisoned with George’s marvelous medicine.

The sun poked its orange head above the horizon, and in the light everything was clear to see.

The Wonka factory was in ruins, the Oompa Loompas were smoldering alongside with the hordes of witches. The BFG lay on his side, a gaping gushing bloody hole in his chest from a spear that shot straight through him when Horton threw a spear at him with his trunk.

The Lorax has called upon The Fox in Socks, Thidwick, Yertle and all his turtles, but they were all slaughtered, when Matila and her army of schoolchildren had come after them. They had taken on the Trunchbull; the Lorax and his army were chopped down like a Truffula Trees.

The Sneeches (star-bellied or otherwise) and all the other men in the Seuss army, from Nizzards to Quan and all the fish (yes, even the blue fish), were taken out from the bomb.

It was called the Helen of Troy, but it was no woman. It wasn’t even a human. It was a drawing pen that Thedore had stolen.

Picking it up from the ground, Roald Dahl smiled. Now he could create his characters once more. No, he would new characters, better characters.

Turning around, Roald Dahl danced through the battle field. Six foot six and he towered over the dead, basking in the sun.

But when he got the Great Glass Elevator and took out a notebook, he found that the pen was out of ink.

Featured Images Via History.com and Metro