It’s National Teacher’s Day! Today we celebrate all the hard work our teacher’s do every school year, from teaching kids, to tutoring them, to offering helping hands and advice, and much much more. As someone who was a student for many, many years, (and a teacher’s assistant for much, much less) I can give a good guess at what it was like for all the teachers I had to actually teach my classes. To all the great teachers I’ve had, I say “Thank you!!” for all the help and care you gave me. To make things a little more fun, here are fifteen funny teaching memes that represent teaching life.

We’ve also recommended the perfect books for you or the teacher in your life! 1. when you’re waiting for your rowdy class to just be quiet so you can continue teaching 2. when another student asks a similar question that you just answered 3. when you want to move two students around but then it messes up your precise seating arrangements 4. and when you find out that that one student you moved just talks to everyone 5. when you just need your coffee and students constantly ask why you’re always drinking it

A memoir all teachers can relate to:

I’d Like to Apologize to Every Teacher I Ever Had: My Year as a Rookie Teacher at Northeast High 6. when you’ve gotten too comfortable with summer break 7. your students when they find out what your first name is For when the stress of grading gets too much: 10. what you tell your students on the first day of class 11. your transformation over the school year 12. what a student tells you when they’re caught talking

If you want to see even more things that students say to their teachers:

I Did My Homework In My Head For a giggle at the papers other teachers have had to correct: image via education to the core 15. and finally: when it’s the last day of school and realize you probably won’t see them anymore

This book will probably make you cry because you miss that one amazing student that was super sweet:

a letter to my teacher

Black History Month is here! Starting the month off on a good foot (or tire) is a book bus offering lots of books to a school in Oklahoma. The Rolling Thunder Book Bus is offering tons of new books donning the faces of several important figures in black history such as Frederick Douglass, Martin Luther King Jr., Booker T. Washington, Harriet Tubman, W.E.B. DuBois, and many more. Many second graders in the school waited patiently as NBA player Dennis Schröder was on the book bus helping students pick two books each. You can check out quotes from the students and Schröder himself here.

One child asked if Schröder had any Michael Jordan Books, which prompted him to find the book for the student aboard the bus. Schröder stated, “Just to be with kids, it makes me happy.”  A second-grade teacher, Berna Johnson, emulated civil rights hero Rosa Parks as she conducted students on and off the bus.  Students were referring to her as Ms. Parks the entire day. Having Dennis Schröder on the bus distributing books could serve as an example to the students to love reading. Berna Johnson said, “It will sure help the teachers because we can always say ‘you know, Dennis Schröder was on the bus, he loves to read.’  That’s all it takes.” Having a sportsman promote reading reminds children that it doesn’t have to be one or the other.

If you’d like to read books from important black history figures, the links for them are at the top!

According to The Washington Post, fewer people are majoring in English than ever before, despite the fact that enrollment in higher education is at an all-time high.

This is likely the result of the United States’ turbulent economy, and a rising need for job security. Right now, more people are choosing to study STEM (science, technology, engineering, and math), for the sake of a career path. More often than not, people believe that studying STEM leads directly to getting a good job more often than studying anything related to the humanities. Or, at the very least, college students fear the idea of a useless, $40,000 degree.

However, Robert Shiller, economist, author, and Nobel Prize winner, believes that English majors are more necessary to our struggling economy than ever before. In his new work, Narrative Economics, Shiller argues that the ways people talk about markets, and the stories we write about them, can have a huge impact on markets themselves.

For example, Shiller cites the phrase “anyone can be a homeowner” as a key contributor to the housing bubble. He writes:

“Traditional economic approaches fail to examine the role of public beliefs in major economic events – that is, narrative. Economists can best advance their science by developing and incorporating into it the art of narrative economics.”

The Washington Post cites several other economists with opinions similar to Shiller’s, but the most damning evidence comes from The National Center for Education Statistics. Data from this source shows that while a computer science major might make more money than an English major directly after graduation, English majors ages 25 to 29 had a lower unemployment rate than both math and computer science majors in 2017. On top of this, English majors tend to have skills that are less affected by the passage of time, than those who major in anything related to science or technology. The Washington Post’s Heather Long explains:

“After about a decade, STEM majors start exiting their job fields as their skills are no longer the latest and greatest. In contrast, many humanities majors work their way to high-earning management positions. By middle age, average pay looks very similar across many majors.” Image via Inside Higher Ed

So, feel free to show your dad this article the next time he complains about your degree in medieval literature. You’ll be grateful for it in your forties! 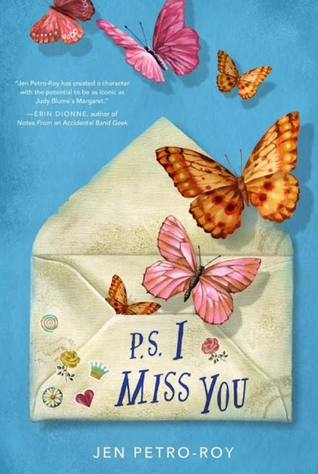