I think we can all agree that 2020 was nothing but news. Books and the publishing industries were no exception to this. Some news were great, some of them bad, some others were just unexpected. If you missed any of them on the whirlwind that was 2020, here is a quick recap of the biggest literary news of the year.

END_OF_DOCUMENT_TOKEN_TO_BE_REPLACED

Simon & Schuster, one of the Big Five publishers in the country, went up for sale earlier this year after the owner, ViacomCBS, announced that after a “strategic review,” the book publisher was no longer essential to its business and that it would seek a buyer.

This sale was a source of immediate concern for the industry, seeing that in the last few years a series of consolidations have swept the book business. Just this decade, Penguin and Random House merged, Hachette Book Group acquired Perseus Books and News Corporation bought the romance publisher Harlequin, making  publishing a “winner-takes-all” business control only by a couple of big companies. 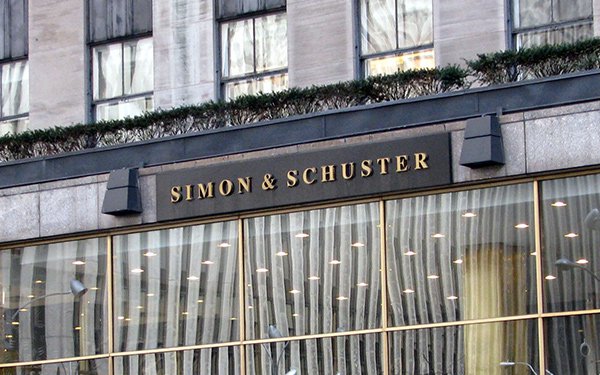 “I would make one observation about Simon & Schuster,” said CEO Robert Thomson “It will clearly be a serious antitrust issue if Bertelsmann acquires Simon & Schuster. However cute and clever the structure, if Bertelsmann is their beneficiary, it will be a book behemoth. And this will certainly be a profound antitrust issue for the entire book industry and, no doubt, for authors around the world.” 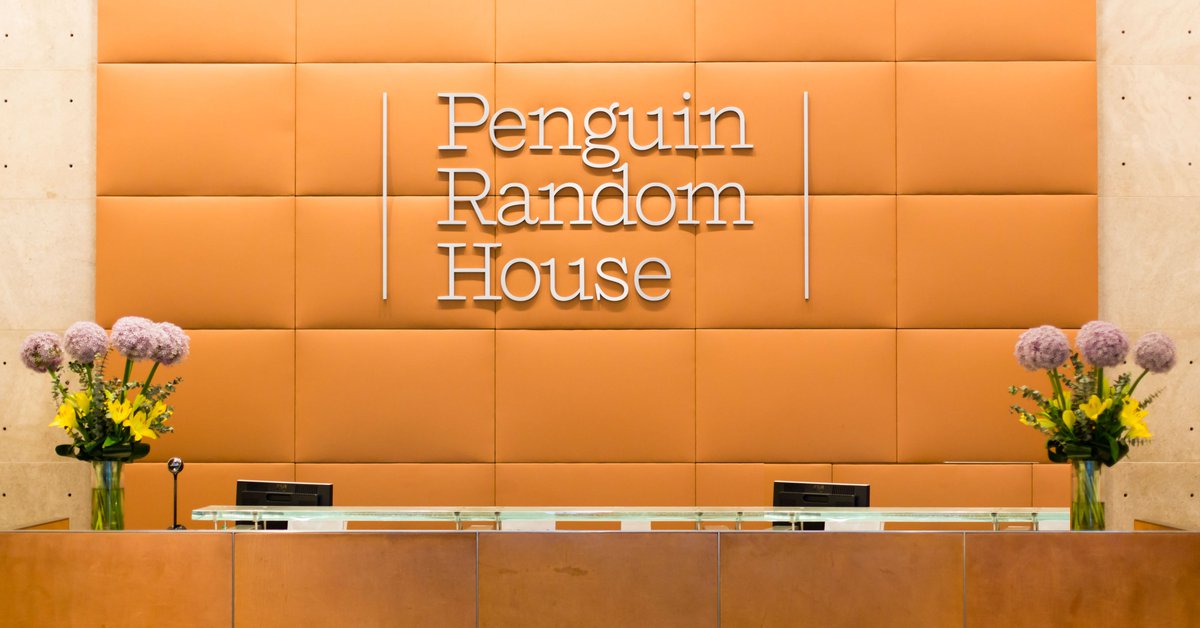 Bertelsmann CEO Thomas Rabe told The Financial Times that he didn’t think S&S purchase would raise antitrust concerns. “We looked at this and we don’t think it is an issue,” Rabe told the FT. “If you look at the market holistically, particularly the strength of Amazon, and it includes self-publishing and the like, we don’t think this will be an obstacle.”

The story surrounding this purchase is still developing, but with the Big Five becoming the Big Four, this move is set to send ripples and uncertainty through the industry for years to come.

The editor’s notes on alt-right mouthpiece Milo Yiannopoulos’s manuscript of his memoir Dangerous provide a great deal of amusement, with comments ranging from “throughout the book, your best points seem to be lost in a sea of self-aggrandizement and scattershot thinking” to “DELETE UGH.” However, the fact remains that Yiannopoulos should never have been given a book deal in the first place and my question is, what exactly were they expecting?

When Simon and Schuster decided that it would be a good idea to give Yiannopoulos a book deal, with an advance of $255,000 (£200,000), did they momentarily forget that he is a peddler of terrible ideas based in nothing but bigotry, racism, sexism, and internalized homophobia? Of course not. They sought to make his brand of incendiary hate-mongering marketable, to cash in on the reaction he evoked from the outraged masses. So what, then, did they expect? What did they want from him, if not the type of ridiculous commentary for which he became famous?

The editor assigned to him, Mitchell Ivers, was not on board with any of it and did not make any attempt at disguising his low opinion of Yiannopoulos. The Guardian notes the editor’s constant requests that Yiannopoulos tone down his various problematic statements:

“Delete irrelevant and superfluous ethnic joke,” Ivers writes of a passage about taxi drivers. “Let’s not call South Africa ‘white’” is another request, while elsewhere Yiannopoulos is reprimanded for using the phrase “dark continent” about Africa…. Among other criticisms, the publisher’s notes say Yiannopoulos needed a “stronger argument against feminism than saying that they are ugly and sexless and have cats” and that another chapter needs “a better central thesis than the notion that gay people should go back in the closet”… Yiannopoulos goes on to criticise contemporary feminism as “merely a capitalist con-job – a money-grab designed to sell T-shirts to Taylor Swift and Beyoncé fans with asinine slogans”. “Um … like your MILO SWAG?” the editor responds.

It wasn’t Yiannopoulos’s sexism, racism, or homophobia that got the deal cancelled, however. It was only after “a recording emerged that appeared to show Yiannopoulos endorsing sex between “younger boys and older men” that the publisher backed out. Yiannopoulos is now attempting to sue for $10 million for breach of contract and it is this that has led to the documents emerging, as Simon and Schuster have submitted them to highlight the problems with the text. And I just can’t stop thinking: WHAT DID YOU EXPECT.

COME ON. | Via Giphy

When you offer a famous racist lots of money to write a book about being a famous racist, then you can’t get annoyed when he makes his famously racist comments, and his famously sexist ones, and also his famously homophobic ones. The problem is he should never have been offered a book deal in the first place. There was never going to be a way to package his brand of relentless bigotry as marketable. To attempt to do so was absolute madness in the first place. It was a completely tone-deaf attempt at cashing in on the newly-stirred (and incredibly dangerous) brand of hatred making a comeback across the globe. Only when his comments branched into paedophelia did the publisher finally draw a line.

If you’re interested in reading more of Ivers’ scathing commentary, including notes such as “Unclear, unfunny, delete,” then The Guardian notes that “a full copy of an early manuscript of the book, complete with the Simon & Schuster editor Mitchell Ivers’s notes, is available to download from the New York state courts’ website.” Journalist Jamil Smith summarized the ludicrous situation in his recent tweet.

The publisher knew who Yiannopoulos was when they gave him a $255,000 advance. The editor’s brutal comments are somewhat entertaining, but none of this should distract from the fact that they sought to make his bigotry both digestible and marketable. https://t.co/Ssg20zht0h

Exactly. It’s all very well to reject Yiannopolous’s carry-on in retrospect, but that doesn’t negate the fact that Simon & Schuster very much put themselves in this situation. They knew what they were getting into, and while Ivers’ comments are hilarious and exactly the sort of scathing, unrefined criticism I like to see aimed at anyone associated with the alt-right, the problem remains that the publisher did, if only for a short time, endorse him.

Dangerous was self-published later in the year, with Yiannopoulos claiming that it sold more than 100,000. This was, as with almost everything else he says, obviously untrue, and the book actually sold less than 20,000 copies.

A Hundred Small Lessons is a gently powerful novel from Ashley Hay about life, death, past, present, and finding the extraordinary in the everyday.

The lives of elderly Elsie Gormley and young mother Lucy Kiss are tied together by one house. Elsie has recently moved into a retirement home and her children have sold the house in which she lived all her adult life, since marrying her husband Clem. It is the house in which she raised her children, the place where she lived after Clem’s death nearly forty years prior to the events of the novel. Lucy and her husband Ben have bought the house from Elsie’s children, and have moved in with their toddler son.

As Elsie reflects on her life and the home that she has lost, Lucy becomes fascinated with her home’s former occupant. She finds solace in this new interest while she struggles with the demands of early motherhood: the lack of sleep, her child’s behavior, her own loneliness. Her husband Ben, meanwhile, enjoys his job at a newspaper, seemingly oblivious to her struggles.

This book is not an adventure story, it’s not a fast-paced gripping thriller either, but it doesn’t have to be. It quietly captivates the reader, drawing them into the inner lives of these two women, connected through setting and circumstance in a multitude of strange and unexpected ways.

Hay’s previous novel The Railwayman’s Wife was hailed by Psychology Today as ‘a literary and literate gem,’ and it’s safe to say that with A Hundred Small Lessons, she has once again delivered. Hay seamlessly weaves past and present together, finely detailing the minute pains and pleasures in the lives of Elsie and Lucy, and in doing so explores the day-to-day lives of countless women whose stories so often go untold.

If you didn’t know (I didn’t), Bob Dylan was awarded the 2016 Nobel Prize in Literature. Between Dylan being a literal rock star and the normal influx of interest in newly awarded Nobel Laureates’ work, one publisher is counting on the hype and being very presumptuous with their pricing.

Yesterday, Simon & Schuster released a special edition of Dylan’s twenty-three page Nobel lecture, with one hundred signed and numbered hardcover copies available for the low, low price of $2,500. Which, if you do the math like I did, ends up being a measly $108.70 per page. Next-day shipping is included and I’m not sure if I’m surprised by that or not.

The lecture is also available as a much more mundane $16.99 copy, for those who don’t have the extra $2483.01 lying around for Bob Dylan’s autograph and the pretty packaging.

Dylan won the Nobel Prize in October of 2016 and did not attend his award ceremony, which was held in December. The Nobel Foundation released his acceptance speech on June 5th, as the speech must be delivered within six months of the ceremony for the honoree to receive their cash prize (about $900,000).

Dylan’s speech touches on his major influences, musicians including Buddy Holly and Leadbelly, and books “that have stuck with me ever since I read them way back in grammar school,” including Moby Dick, All Quiet on the Western Front

And in a hilarious and absolutely relatable turn of events, Andrea Pitzer of Slate suggested that Dylan’s analysis of Moby Dick originated from SparkNotes. Gotta give a shoutout to the 76-year-old rock star because not only did he not even show up to his own ceremony where he would be awarded almost a million dollars, but he less than half assed his acceptance speech, which in turn is now being sold for more than double my rent.

Now that’s what I call rock and roll.

Featured image via The Key