New year, new books! There are so many things to look forward to at the beginning of each  year, perhaps this year more than ever. Check out which books these publishers are most exited about on 2021 and be sure to add them to your TBR list!

END_OF_DOCUMENT_TOKEN_TO_BE_REPLACED

We asked these amazing publishers about their top picks for this past year and the fresh new year of books to come. Liven up your TBR with these publisher recommended reads!

END_OF_DOCUMENT_TOKEN_TO_BE_REPLACED

As with everything these days, the Silent Book Club has had to adapt to the immense changes to lifestyle of a post-COVID world.

END_OF_DOCUMENT_TOKEN_TO_BE_REPLACED

Sometimes, the best part about reading a book is the community around it. Book clubs have been a staple of reading books for near as long as the books themselves. Yet, in recent times of social distancing, it can feel much harder to connect into these larger populations of book readers. Many book clubs have had to cancel their in-person meetings, even as one of the few perks of quarantine is the increased ability to read. Thankfully, the literary community is an adaptable one. Many groups have already found ways to transition book clubs to a virtual affair and are eager to expand their conversations to anyone ready to join. Below, you can find just a few examples of book clubs already ready for a new, virtual reality. Check out part one here, if you haven’t already. 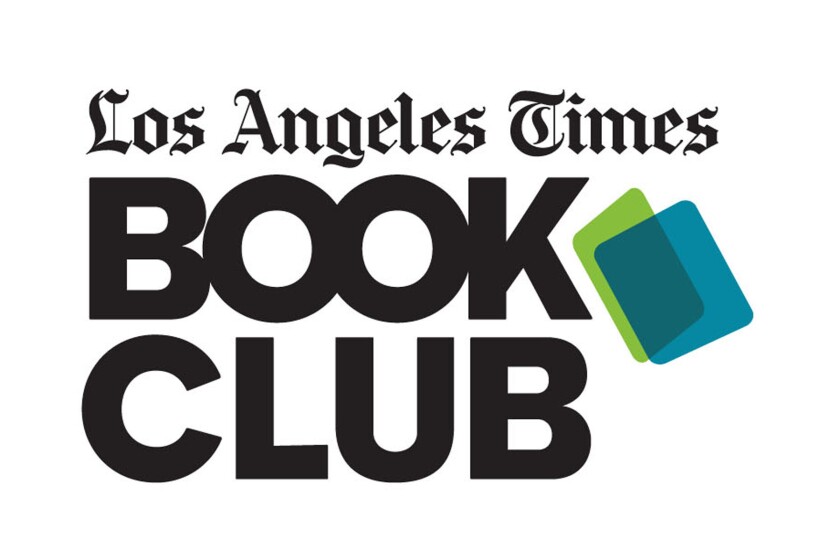 The Los Angeles Times Book Club is returning in a new virtual set-up. Their first meet-up will be on March 30th with authors Steph Cha and Joe Ide.

Newsletter
Cha and Ide will be joined by Times reporter Maria L. LaGanga in a discussion about L.A. noir. The meet-up will be streamed live on the L.A. Times Facebook page and on YouTube, starting at 7 p.m. Monday.

On the first Tuesday of every month, a theme or author is put to a public vote by the Guardian. The book is then chosen by the outcome of these votes. Sam Jordison, a well-known reader and publisher,  then hosts an online discussion every Tuesday where he explains the book’s history, researches any questions the audience asks and, potentially even, arranges live chats with the author.

This may or may not have been in part one, too. You can’t blame us, we’re big fans. In 2012, Laura Gluhanich and Guinevere de la Mare founded this book club as a potential outlet for introverts. The club has been succeeding wildly since, as it has grown to 260 chapters around the world in 31 countries. In a typical chapter meeting, members read whatever book they’ve brought for an hour silently. After, they share what they casually share what they learned. For now, they’ve gone virtual.

This weekly Zoom series is run by six European publishing houses. The participating houses switch off presenting a book from their catalogs to their audience. Their first call is today, March 26. The Mussel Feast by Birgit Vanderbeke is being presented, a family drama set before the fall of the Berlin Wall.

The Quarantine Book Club has been using the increased time indoors to their full advantage. Every weekday since March 16, t, the club has hosted two Zoom talks each day with varying authors. Erika Hall and Mike Monteiro, two designers who live in San Francisco, founded the book club when their work opportunities dried up; their audience soon expanded beyond the circle of friends they’d imagined taking part in.

In an interview with TIME, Monteiro says, “People want human connection. They’re bored, they’re freaked out. So you get on here and you talk to somebody who’s really good in their field.”

Monteiro seems to be onto something. Hundreds of people have been paying the small admissions fees to listen to authors and ask them questions. The Quarantine Book Club plans to run twice a day for however long the quarantine lasts, with proceeds going to the authors as well as Monteiro and Hall’s design studio. The science fiction author and journalist Cory Doctorow will be featured on April 1.

Of course, beyond any of these options, there’s no better time to organize your own book club. Reach out to some book-loving friends and see what you can create! With a bit of ambition and a good wifi connection, just about any sort of book club can still be made possible.

“Introvert Happy Hour”. Three words that Guinevere de la Mare would use to describe the Silent Book Club. Bookstr had the chance to (virtually and cross-coastal) sit down with the group’s founders and get an SBC blurb.

Silent Book Club is a renowned hobby-turned-business that longtime friends Laura Gluhanich and Guinevere started back in 2012. What began as two friends carving out reading time in their busy lives, grew into an ever-expanding organization of groups of readers meeting to read together, in public, in silence. According to the founders themselves, SBC is an easy, low-friction way for people to connect with a shared passion.

The Silent Book Club has an origin story worthy of a New York Times bestselling novel. Laura and Guinevere are both incredibly busy women and in 2012, they decided to meet at a local bar in San Francisco, committing to reading at least one chapter of the books they had on the go at the time. They followed this up with gossiping and chatting, before deciding to make it a regular occurrence. Guinevere herself even harks back to the early days of SBC as “an excuse to have a glass of wine!” Whenever Laura or Guinevere posted on their social media about their meet-up, they deployed an instagram hashtag. Friends started asking to come along, and for the first year or two, it was a core group of ten or so. When a friend moved to New York, they decided to co-ordinate bi-coastal meetings, using their trusty hashtag to virtually link up.

This new chapter starting up in Brooklyn, alongside another in L.A., was “the seed that put it [Silent Book Club] into the world”. Afterwards, a Facebook group was launched, along with a website. Suddenly SBC was not just a core group of friends, but strangers started joining and the group took on a life of its own. The growth hasn’t stopped since. In February of 2019, Silent Book Club was featured on Oprah’s website – that’s right THE Oprah. Later the same year, in August, they were featured in an NPR article. This article, in particular, caused an explosion of growth. Within six weeks, they had doubled the number of active chapters. Positive press, alongside word of mouth, have benefited Silent Book Club immensely, allowing for continual growth and movement from strength to strength.

What this growth meant for Laura and Guinevere is that they now had an organization to run. Luckily, as self-professed “tech veterans”, they were no strangers to start-ups. Their familiarity with that world gave them expertise they could tap into. Most importantly, they both had experience in building communities and at the end of the day, Silent Book Club is one big reading community, connected by a shared love of books.

The community aspect is hugely important to the group’s founders, and requires active effort. Guinevere points out that the twitter community of readers (or book twitter) used to be a wonderful, nurturing, intellectual and funny space, before it was “eaten alive by marketing and all that it is now”. Silent Book Club tries to avoid the same fate, keeping the ethos of understanding and lack of judgement paramount. Judgement does sometimes come externally, though, but the people that are scornful of the groups or look down on them generally don’t come out from behind their online avatars.

A Silent Book Club, while not stringent in its execution, does follow a formula. Turn up, order (or not), take a seat, have a chat, an hour of reading, and maybe some more chat. The administrative side of operations has its own formula, too. When you join the network, you have to agree to some guidelines. Rule number one is Be Kind and that stays true online. On their Facebook page, all members answer screening questions, are monitored for spam and all posts are pre-approved. Guinevere points out that neither she or Laura have any qualms about kicking people out if they aren’t adhering or are being rude as “Facebook is not a public town square” for arguments. The group share a set of core beliefs and acceptance is one of the most important aspects. “All readers are welcome, even e-readers!” Now that’s truly inclusive. While book clubs often have a stereotype of being inherently female, the SBC has a more balanced demographic. Their London chapter is fronted by a male organizer and he is one of the longest running organizers of the group. By taking the pressure of an assigned book off, the book club is opened up to a lot of different people with different interests. Publishing and book selling or buying is often skewed towards women, but as Guinevere points out; “men read”. The SBC offers a space for anyone and everyone, so long as you come bearing a book!

The group’s founders find it rewarding to see the spread of Silent Book Club, and to see how many people it impacts. Laura and Guinevere also cite their continued connection as one of the best things to come out of their hobby-turned-business. Starting a business with a friend can destroy a relationship but theirs has flourished. Every once in a while, they even meet up just the two of them like the days of SBC yore. Take a look at their finder here to find one nearby, and if you can’t, start your own – bring a little slice of the Silent Book Club community to your own city! One thing is for sure, the SBC is only going up, and we for one, can’t wait to see their trajectory.

Featured image via read it forward