There's nothing wrong with needing a little help, and as tomorrow, October 10th, is World Mental Health Day, we're sharing this list of five encouraging reads to give you a lift during uncertain or unprecedented times.

END_OF_DOCUMENT_TOKEN_TO_BE_REPLACED

If your TBR has been dwindling, your Amazon Wishlist emptying out, or you're clean out of reading inspiration, you have come to the right place.

END_OF_DOCUMENT_TOKEN_TO_BE_REPLACED

What if someone told you your 'Perception' of the world was wrong? That's exactly what James Purpura does in his book about when seeing isn't believing.

END_OF_DOCUMENT_TOKEN_TO_BE_REPLACED

It’s a tough world out there for someone in their early twenties. Author, entrepreneur, and bonafide wellness guru, Nastassia is the inspiration we all need.

END_OF_DOCUMENT_TOKEN_TO_BE_REPLACED

Welcome back book lovers! We’ve had some locale changes and pandemic adjusting to do, but one thing remains a constant, and that’s Three to Read! I have three very exciting additions to your TBR this week, so let’s get into it!

and their children after them

August 1992. One afternoon during a heatwave in a desolate valley somewhere in eastern France, with its dormant blast furnaces and its lake, fourteen-year-old Anthony and his cousin decide to steal a canoe to explore the famous nude beach across the water. The trip ultimately takes Anthony to his first love and a summer that will determine everything that happens afterward.

Nicolas Mathieu conjures up a valley, an era, and the political journey of a young generation that has to forge its own path in a dying world. Four summers and four defining moments, from “Smells Like Teen Spirit” to the 1998 World Cup, encapsulate the hectic lives of the inhabitants of a France far removed from the centers of globalization, torn between decency and rage.

Nicolas Mathieu manages to capture the essence of coming-of-age throughout four hot summers. In a left-behind region in France, the feeling of stagnancy experienced by all rural teenagers is distinctly brought to life. The novel gives rural poverty a harsh spotlight, exposing its ills and effects on community. It will open your eyes to the strife of many, as well as exposing those distant memories of hazy, hot summers spent in fields, on beaches, and exploring yourself and the world around you. 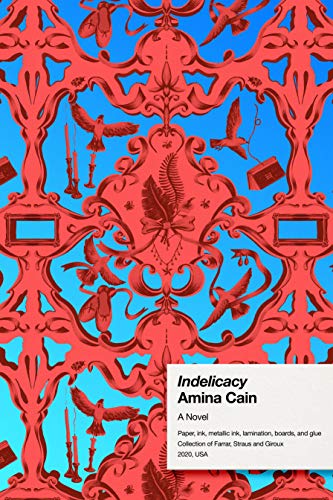 A haunted feminist fable, Amina Cain’s Indelicacy is the story of a woman navigating between gender and class roles to empower herself and fulfill her dreams.

In “a strangely ageless world somewhere between Emily Dickinson and David Lynch” (Blake Butler), a cleaning woman at a museum of art nurtures aspirations to do more than simply dust the paintings around her. She dreams of having the liberty to explore them in writing, and so must find a way to win herself the time and security to use her mind. She escapes her lot by marrying a rich man, but having gained a husband, a house, high society, and a maid, she finds that her new life of privilege is no less constrained. Not only has she taken up different forms of time-consuming labor—social and erotic—but she is now, however passively, forcing other women to clean up after her. Perhaps another and more drastic solution is necessary?

Reminiscent of a lost Victorian classic in miniature, yet taking equal inspiration from such modern authors as Jean Rhys, Octavia Butler, Clarice Lispector, and Jean Genet, Amina Cain’s Indelicacy is at once a ghost story without a ghost, a fable without a moral, and a down-to-earth investigation of the barriers faced by women in both life and literature. It is a novel about seeing, class, desire, anxiety, pleasure, friendship, and the battle to find one’s true calling.

The structure of this novel is particularly interesting, with no set chapter or traditional format. This allows for an essence of individuality, and endows the novel with its own voice. You get from the narrative what you bring to your reading, with the novel’s core message of finding your own path in life ringing true for your appreciation, too.

This is a “ghostly feminist fable” that doesn’t have any particular ghost or moral.

“Acutely observed, Indelicacy is an exquisite jewel box of a novel with the passion and vitality found only in such rare and necessary works as The Hour of the Star and The Days of Abandonment. Through this timeless examination of solitude, art, and friendship, Amina Cain announces herself as one of the most intriguing writers of our time.” ―Patty Yumi Cottrell, author of Sorry to Disrupt the Peace.

Advice i ignored: stories and wisdom from a depressed teen 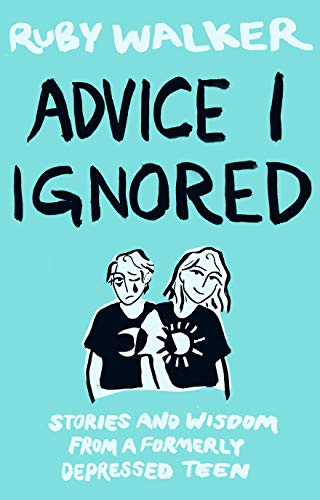 When Ruby Walker was fifteen, she went from a numb, silent, miserable high school dropout to a joyous loudmouth in one year flat. ADVICE I IGNORED answers the question everyone’s been asking her since: What happened?

In ten illustrated chapters, you’ll learn how to get out from under self-hatred, gain a sense of free will, create your way through an existential crisis, use exercise to beg your brain for endorphins, have an identity beyond “sad,” and more!

Full of embarrassing stories, honest advice, and fierce hope, ADVICE I IGNORED is a self-help book for people who hate help. And themselves.

If there is one thing we need right now, it’s positivity, and Ruby Walker is truly emblematic of this. Her book will help guide those who are suffering from depression through their struggle. Not only that, but her illustrations are gorgeous. This book will help you, move you, and amaze you. Coming from such a young voice, the book avoids being ‘preachy’ about mental health, because Ruby gets it! It’s worth bearing in mind that Walker is 18-years-old, and her book is a bona fide feat. Keep an eye out for Ruby on our upcoming 5×5, where she opens up about a particularly sensitive topic. For Ruby though, her sensitivity and honesty is what makes Advice I Ignored so great.