The wait is finally over! The long awaited sequel to All The Boys I’ve Loved Before, has finally graced Netflix’s with its presence. To All the Boys: P.S. I Still Love You is a great follow up and it picks up right where we left Peter and Lara Jean. The two are officially dating for-real this time and the film starts off with their first date at a fancy restaurant. Lara Jean is beautiful in red and Peter is a gentleman, and they end the night at a lantern festival, where Lara Jean writes hers and Peters initials on a lantern and sends it into the sky as a wish that they stay together forever.

How sweet! Then, Lara Jean gets a letter from one of the boys Kitty, her younger sister, sent a letter too, John Ambrose. Lara Jean, must now decide if she wants to reply or not, but she doesn’t have to decide because John Ambrose is volunteering at the same retirement home she is volunteering at. What a coincidence! NOT! She hasn’t seen or heard from this boy since middle school and then she gets a letter from him and now they’re working together? COME ON! So, now is when you would think Lara Jean would be conflicted about her feelings for John and her feelings for Peter, but that’s not what we get, at least not really. However, Lara Jean doesn’t tell Peter she’s working with John and she doesn’t tell John she has a boyfriend. Secrets come to light when they all gather together to say good-bye to their childhood treehouse. Peter gets jealous because Lara Jean didn’t ask him to bring pizza. Seriously, pizza? According to him it makes it seem like Lara Jean and John planned it, instead of him and Lara Jean, but John and LJ did plan it. Anyway, that leads to a little dispute between the two and then they forgive and try to move on.

Now comes the part in the movie that I think a lot of girls can relate too, Lara Jean dumps Peter because of his friendship with Gen, his ex. Chris, LJ’s best friend, shows her a picture of the two hugging and before he can explain LJ lets her insecurities come to light and she bites the bullet and dumps him. As a female, being in your first relationship or any relationship and not feeling enough is real and I loved how LJ showcased those emotions and her constant worrying about Peter not being happy with her because she isn’t Gen.

Which brings me to another part in this movie, the treehouse scene with LJ and Gen, and how LJ opens up to Gen about her feelings towards her and it’s a nice moment. Are the two BFFs again? No, but they do realize that they will always be connected, by Jung, which is what LJ says is Korean for a relationship that can’t be severed. Best part of the movie in my opinion. As the movie continues, Lara Jean is still struggling with her break up with Peter, and even though John is still available, he isn’t Peter and John realizes that when the two share a kiss during the dance they put together for the retirement home. LJ feels absolutely nothing during that kiss and as much as she likes John, her heart belongs to Peter, so Stormy, one of the senior citizens who befriends LJ, encourages her to follow her heart and go find Peter. Lucky for LJ she doesn’t have to go find him because he comes to her, which brings me to question, how did he know she was going to be there? That is too ironic and too perfect, but it’s a movie so stuff like that is supposed to happen, so with that said you can guess what happens next right? If not, then well Peter and LJ kiss and get back together and the movie ends with the happy couple watching as their beloved treehouse gets taken down.

What an ending right? I expected a little more but oh well. It’s a good enough to hold my attention for an hour and forty minutes, and even though I enjoyed the first movie more, this one is still good, and I recommend it if you’re in the mood for a good teen romance movie.

If you would like to read the book, you can purchase it here. 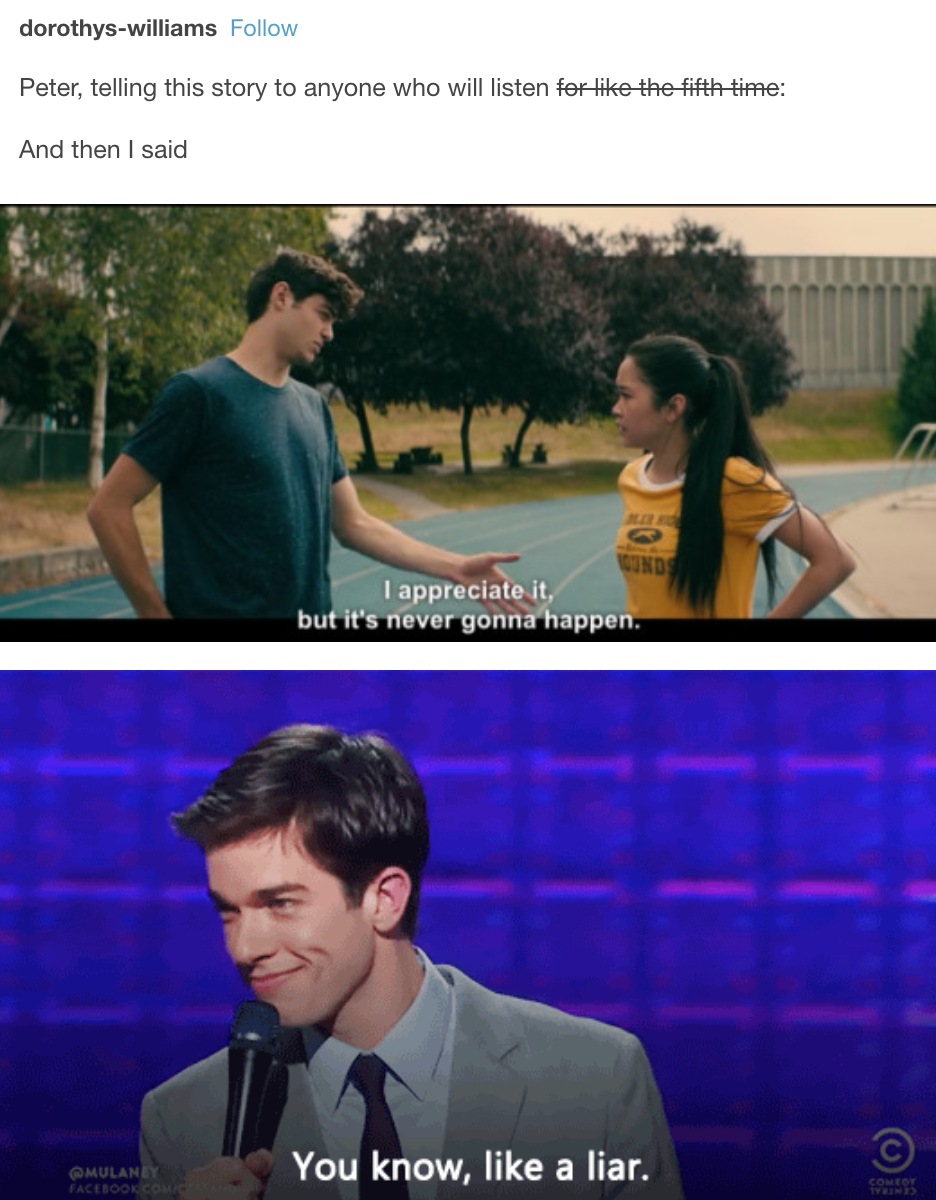 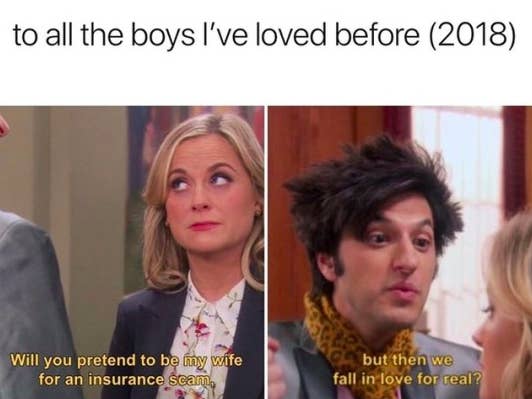 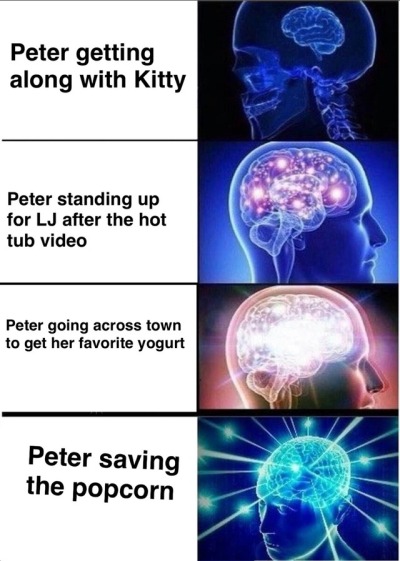 It’s a yum surprise! Yakult has been my best friend since childhood. Its sour-sweet taste is always lingering on the tip of my tongue, and its healthy effect for gastrointestinal system is always the booster that makes parents buy the beverage to their children. I believe this love-affair with the Japanese probiotic daily drink can be applied to many communities. Now, this old friend has become the recent hit in US culture. Thanks to Netflix’s production of rom-com To All the Boys I’ve Loved Before in which the leading characters Lara Jean and Peter Kavinsky drink this dear old friend, making it hot!

With its cameo in To All the Boys I’ve Loved Before, Yakult is reportedly flying off store shelves. The company saw a 2.6% rise in stock shares since August 17th, according to Bloomberg. Peter Kavinsky fans flooded into markets and grabbed this small Japanese beverage in its 2.7-ounce bottle.

Thanks Peter Kavinsky. Hope more kids are proud to pack their Yakult with their lunch now. https://t.co/aRP9Tso2q4

lol this explains why there weren’t any at HEB this past weekend even though they sell them at a ridiculous $5 a pack. https://t.co/6LFDY1IwcJ

Yet another thing from my childhood, once deemed “weird” Asian shit, is now all the rage. https://t.co/B50UGHRWC9

Let’s get one thing straight: the drinks in the photo are NOT called “Korean yogurt smoothie,” they are simply called YAKULT. ?

The Asian in me is aghast by this faux pas (or was it intentional??) in To All The Boys I’ve Loved Before. ?? pic.twitter.com/laUXBz7xU0

There’s one tweet that really poked my laughing spot. Angry Asian Man saying ‘yet another thing from my childhood, once deemed “weird” Asian shit, is now all the rage.’ I know that situation because once my Anglo-Sazonian classmate said the same thing to me while I was enjoying this yum drink ! And now it’s famous! So, I totally thumb this tweet up! There’re still a lot of funny tweets up there, go check yourselves!
Oh, I’m sure, after reading this feedback and watching the movie, you will become Yakult fans too!