Books are weird. We have books about children who don’t grow, books about evil jewelry, books about people who really want to sit in uncomfortable chairs, books about cats who wear hats for reasons that are  never explained, and books about orphans. It’s a lot to take in, but you know what makes it so much easier? Humor. 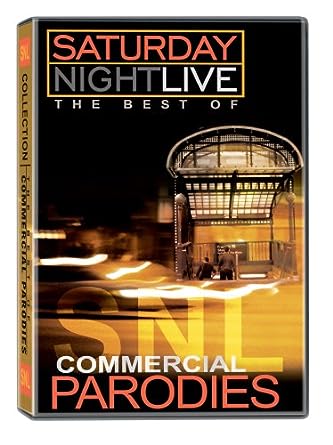 And SNL is funny. It’s had its up and downs, but when your show is over thirty years old, of course there are going to be some duds. But when it’s good, it is amazing.

So, in honor of our love of SNL and our love of books, here are five times SNL paranoid classic books.

Peter Pan is back and Wendy and the gang are ready to go to Neverland. What could go wrong?

Well, Tinkerbell ain’t around. She was always kind of obnoxious with that I’m-going-to-sell-out-a little girl-to-a-one-handed-pirate thing she had going on, but that was a phase. Luckily, we can avoid bringing out dirty laundry because Peter Pan brought a new fairy.

She’s gross. And lazy. And a whole other list of negative character traits. At least she’s not cruel though. That goes to Peter Pan himself.

Yes, Tonker Bell may be unpleasant, but in the book Peter was a devil! Really. J. M. Barrie and the Lost Boys: The Real Story Behind Peter Pan notes that when Sir George Frampton sculpted this masterpiece… …author Barrie noted, “It doesn’t show the devil in Peter.”

Let’s be honest: Peter Pan cut off a pirate hand and threw it to a crocodile. Why not just kill him? Why throw his hand to a crocodile? Was it because his last name was hook? That’s not funny, that’s just mean.

If you want more examples, pick up J.M. Barrie’s 1911 book Peter and Wendy.

Charles Dickens’ classic Oliver Twist follows the titular character who is born into poverty and grows up being forced to toil in the workhouse. It’s dark, it’s depressing, and it’s kind of fun.

It’s a match made in heaven for SNL. 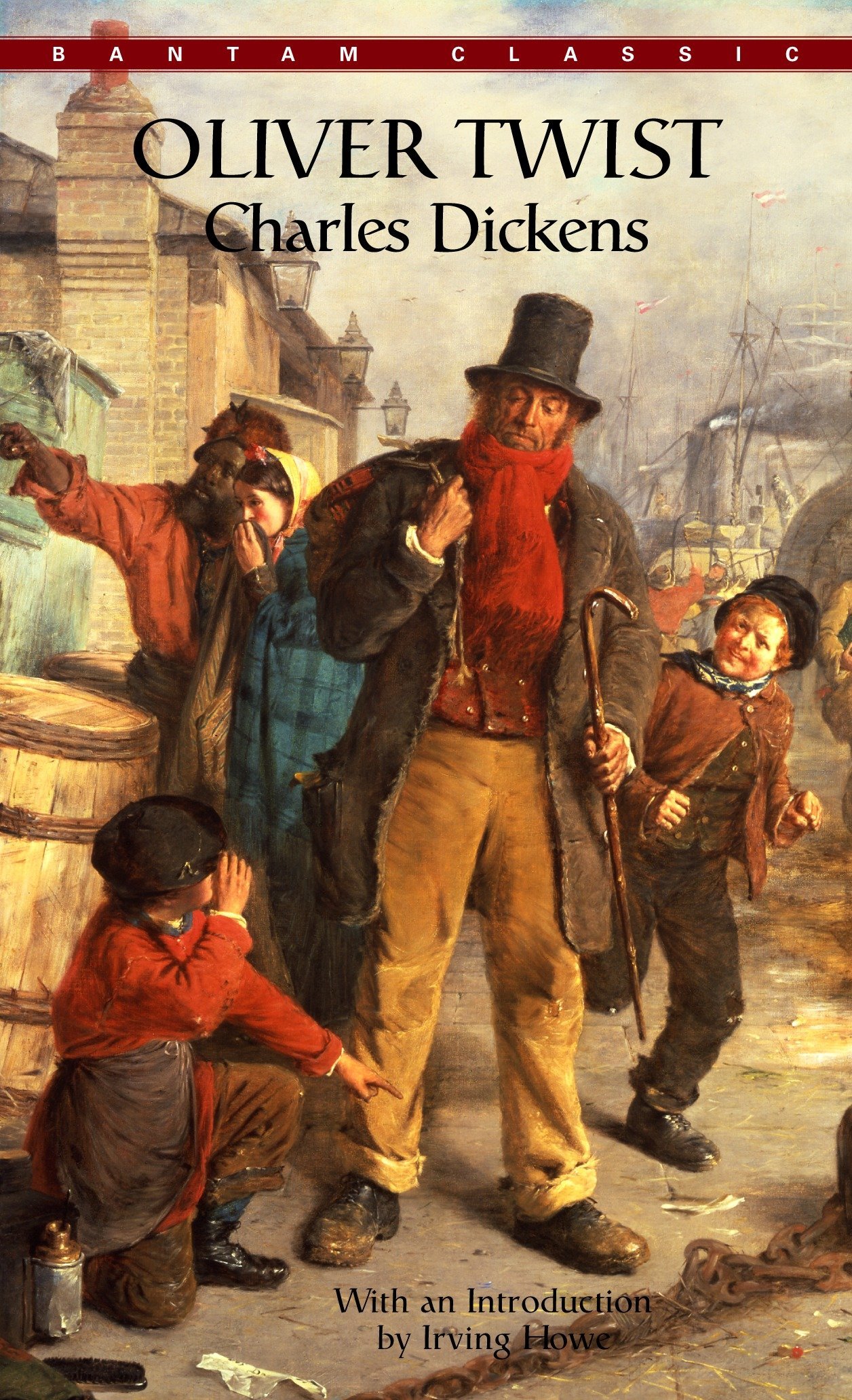 In this sketch, the cowardly Oliver is told to ask for more food because the poor orphans are hungry. Shaking, Oliver goes up but is…

…interrupted by a full grown woman who comes out of nowhere begging for food she doesn’t need. How selfish!

When Oliver gets the bowl, the woman insults him. Oliver, the pinacle of human goodness, offers to share because of course he does. But unfortunately for him, the woman takes the whole bowl. If you thinks that’s depressing, you should read the book.

Just like the Seuss’ book, this sketch opens up in rhyme. The twist? The Cat comes in just a bit too early. And turns out he knows the children’s mother!

The whole sketch builds from there. Why is the Cat in the Hat cut out from the pictures? The daughter can dance? And who is the children’s father? And will Thing One and Thing Two make an appearance?

The Office is a good place to start. It’s a match made in heaven. Tolkien intended The Hobbit to be a children’s story, and The Office is basically a room full of children.

It might just be the best sketch yet, but that could because of Martin Freeman reprises his role as Bilbo Baggins.

He’s basically Michael Scott. But that’s not the best part.

The best part is this…

Before the premiere aired, we already knew that more Game of Thrones spin offs than we could count were coming.

In case you wondering, we already know the details of two confirmed spin offs! Two! That’s almost the majority of my fingers on my writing right hand.

But this sketch is a gem. It’s big, it’s long, it goes everywhere and does everything we want. The best part? We got SVU stars Mariska Hargitay and Ice-T investing the death of Oberyn Martell. Who could have crushed his death?

If you want to look at my thoughts when this sketch came out, you can read it here! And if you want more Game of Thrones parodies (and I know you do!), you can see my list here! 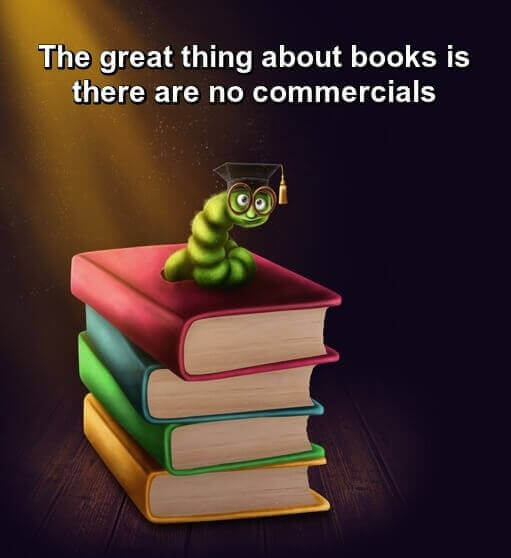 Overall, these classic sketches based on classic works will make you laugh, cry, and then you’ll realize you’re crying because you’re laughing so much.

The infamous lost portrait of Charles Dickens, painted over the span of six sittings in 1843 when Dickens was starting his most infamous story of all time, A Christmas Carol, is set to go on display in his curated home in April. This event is part of an endeavor by the Charles Dickens museum to raise enough funds to purchase the painting.

The Guardian writes that “[a]fter its publication, the portrait was exhibited at the 1844 Royal Academy summer exhibition”, but in 1886, sixteen years after Dickens’ death in 1870, quotes Gilles as saying she had “lost sight of the portrait itself”.

“Have you seen this portrait?” was the question asked for a hundred-and-seventy-four years.

Lifestyle reports that “the portrait was sold for £27 (about $36) in an auction of household goods in Pietermaritzburg, South Africa, as part of a tray of trinkets. The finder originally bought it to sell the frame.”

Come early 2018, however, the buyers saw what they had. Even through the mold, they saw the same eyes that struck poet Elizabeth Barrett Browning and caused her to say, “the dust and mud of humanity about him, notwithstanding those eagle eyes.”

Just to be sure, they sent the piece to London to be authenticated. Art dealer Philip Mould of Philip Mould & Company authenticated the piece and told CNN that, “It was electrifying when it first came into the gallery, even though it was obscured by mold”.

Portrait found, end of story. Well, it’s not that simple. 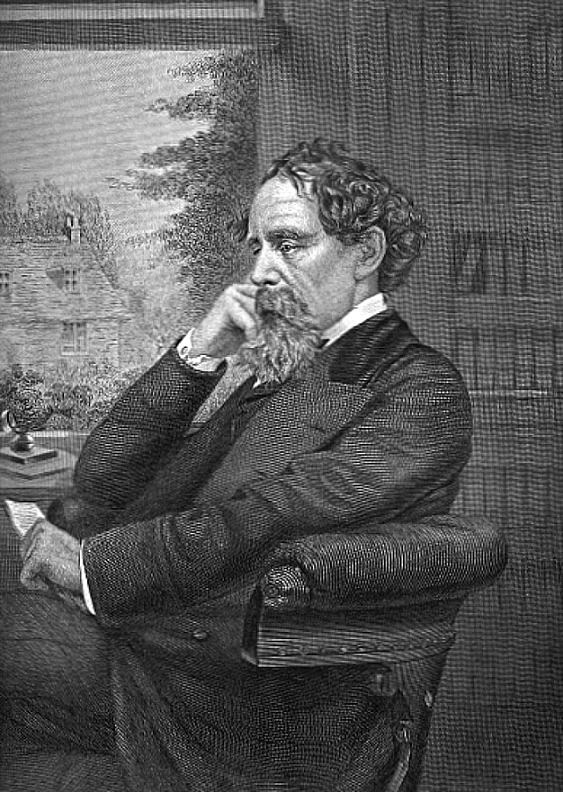 The Charles Dickens Museum is looking to secure the portrait for its permanent collection, bringing it back to London to be put on permanent public display.

With around 36% of funding raised, they’re getting there but it’s far from close. That’s actually why this display is happening. The museum has struck a deal, releasing a statement that says this stunning eagle-eyed miniature portrait “will be displayed from 2-7 April in the Study at 48 Doughty Street, the room in which Dickens wrote Oliver Twist, Nicholas Nickleby, completed The Pickwick Papers and began Barnaby Rudge.”

This attraction might hopefully give the museum a push, if not a full fledged blast, to the finish line. Either way, the Dicken’s miniature will be right back home above the desk where those magnificent and classic works of literature were constructed with the might pen itself. Image Via Free Tours by Foot

I might just have to take a flight to Holborn, London.

Featured Image Via The Daily Beast