John le Carré (the pseudonym for David Cornwell) was believed by many to be the master of the spy novel. Best known for his novels, The Spy Who Came in From the Cold and Tinker, Tailor, Soldier, Spy, le Carré is remembered for his great character and as "a literary giant and a humanitarian spirit," among the literary community.

END_OF_DOCUMENT_TOKEN_TO_BE_REPLACED

Toni Morrison, celebrated author of at least 30 books, has passed away, the BBC reports today.

Morrison’s most famous novels include The Bluest Eye and Song of Solomon, and Beloved won both the Pulitzer Prize and The American Book Award in 1988. Morrison won more than 30 across her 40 year writing career, including the Nobel Prize for Literature, Commander of the Arts and Letters, Library of Congress Creative Achievement Award for Fiction, The Presidential Medal of Freedom, and honors from several prominent universities. Morrison is quoted, as well, on The National Memorial for Peace and Justice. 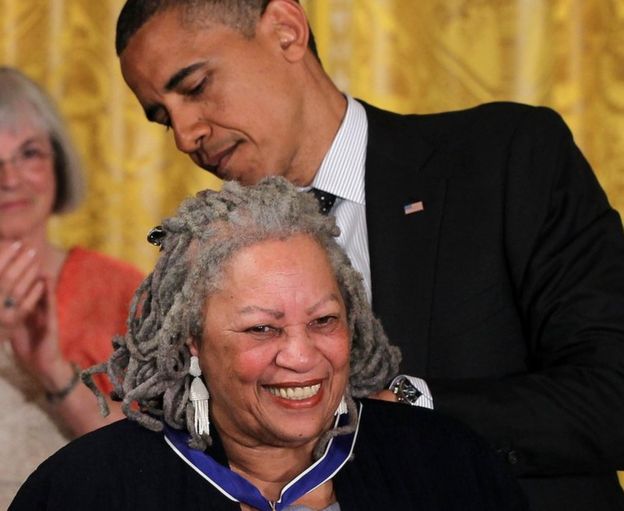 Toni receiving the Presidential Medal of Freedom from Barack Obama, April of 2012 | Image via BBC News

Toni Morrison was a senior editor at Random House for 20 years before becoming a professor at Princeton, and held teaching positions at many prestigious universities, including Yale, Bard, and Rutgers.

Morrison’s death was confirmed by her family this morning, after a brief illness. She leaves behind a sorrowful family and a monumental legacy of massive contribution to the literary cannon. Toni’s words were an inspiration for women and people of color across the world.

Morrison was 88, and passed away peacefully in her sleep. She will be missed dearly. 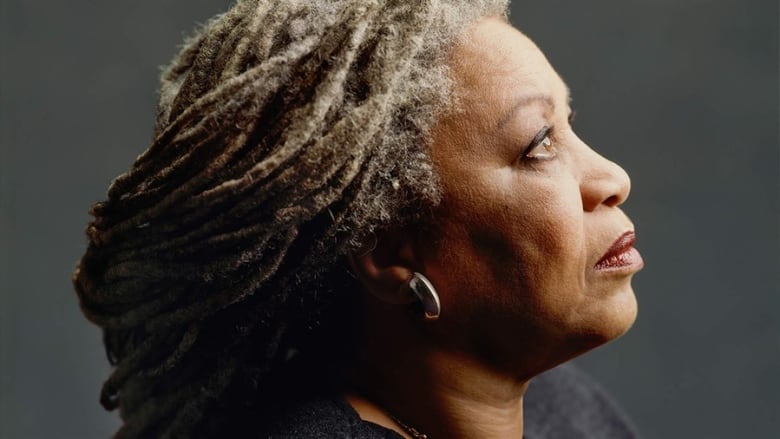 When it hit the stage in 1977, we were swept away by the little orphan Annie. The musical that we all know and love was adapted from a comic strip series written by Harold Gary. The lyricist for the musical, Martin Charnin, died July 3rd of a heart attack at the age of eighty-four.

The first to announce the news was his daughter, Sasha Charnin Morrison, who announced it in a very touching Instagram post.

Our father passed away. Martin Charnin lived a very full life. He was watching Family Feud at the end, laughing with Shelly in bed at the hospital. He suffered a minor heart attack on the 3rd and tried to hold on for all us. His strength was astounding. He’s in a painless place, now. Probably looking for Cole Porter and Ira Gershwin. We adored Daddy and not fully accepting it yet. He loved and lived his best! He was the best father we could have ever imagined. He is survived by his wife, all of his kids and his three grandchildren, several dogs, cats and a kid with no pupils. And as loving as he was has kept all of us completely directionless. Which way do we go Daddy? Damn. But like he said and as corny as this sounds…the sun’ll will come out tomorrow. Rest In Peace, Daddy. We love you. #martincharnin

Charnin didn’t begin his Broadway career as a writer, though. Before he wowed us all with Annie, which went on for a record six year run for the Alvin Theatre, he starred in the original production West Side Story. He made his songwriting debut with 1963’s Hot Spot, starring Judy Holliday. He won an Emmy for a television writing gig in the 1970’s before he went on to make his directing debut with the revue Nash at Nine. It wasn’t until after all of this that he co-created and co-wrote Annie.

Charnin won a Tony for Best Musical Score along with composer Charles Strouse in 1977 for the musical. The musical went on to become a movie in 1982, and it ended up nominated for an Oscar. There is no doubt over Charnin’s brilliance, who has proven to be a truly remarkable actor, writer, director, and man.

LA Times reports that beloved novelist Chuck Kinder, who was also the inspiration for the central character in Michael Chabon’s Wonder Boys, has passed away.

Kinder was regarded as a literary force with a larger-than-life personality, and published many titles, including Snakehunter, The Silver Ghost, Honeymooners: A Cautionary Tale, Last Mountain Dancer: Hard-Earned Lessons in Love, Loss, and Honky-Tonk Outlaw Life, and last year’s Hot Jewels.

Honeymooners was Kinder’s most popular book, and tells the story of two bad-boy writers, who were inspired by real-life friend Raymond Carver, and himself.

He was also famous for mentoring Michael Chabon when the Pulitzer Prize-winning author was still an undergraduate student in the 1980s. The late author was believed to be the inspiration for the character Grady Tripp, the disheveled, pot-addicted writer and professor in Chabon’s Wonder Boys (The character was portrayed by Michael Douglas in the 2000 adaptation). Kinder’s former student, novelist, and screenwriter, April Smith, praised her teacher, “[Kinder’s] work was and remains outstanding and fresh. He was a born storyteller with an instinct for myth, which was not exactly in favor compared to pared-down modernists like John Updike.” Another former student, Carl Kurlander, posted as well, reminiscing about Kinder’s warmth and creation of a safe space for fellow writers during his 40 years as a teacher:

“When I first came back to Pittsburgh for what I thought would be a one year Hollywood sabbatical, I met a great teacher/writer/human being named Chuck Kinder who embraced me so warmly, it was one of the reasons I felt like staying.”

After a number of health issues including two strokes, a heart attack, and triple-bypass surgery, Kinder retired as the director of University of Pittsburgh’s creative writing program in 2014, and settled in Key Largo, Florida, with his wife, Cecily.

Kinder was seventy-fix-years old. He will be remembered by admirers and all whose talents he helped foster.

Your absence has gone through me
Like thread through a needle.
Everything I do is stitched with its color.

The world of poetry has lost one of its brightest and longest-burning lights this week. W.S. Merwin, a prolific American poet and environmental activist, has died at the age of 91 in Hai’ku, Hawaii. Those of you familiar with Merwin’s work understand the depth of loss that has occurred, and those of you who aren’t can consider this an opportunity to make the best of the situation and read through the repertoire of this exceedingly talented artist.

While we mourn his passing, no one can deny that the life Merwin lead took every advantage of the 91 years he spent on this planet. Merwin was born in New York City in 1927, just two years before the stock market crash that would set off the events of the Great Depression. The first indication of Merwin’s poetic leanings came when he was only five years old, assisting his father, a Presbyterian minister, by writing hymns. Merwin’s love of language was planted in him by his father’s ministry, specifically a reading of Chapter Six in the book of Isaiah. In an interview with Paul Holdengräber in 2017, he said:

I was so taken by the sound of the language that I had memorized it just by hearing it…. I thought, “I have to find more language like that because I really want that to be part of my life.”

Sadly, Merwin’s home life was not safe. The same father who exposed him to the love of language he would build his career on was also abusive, forcing the adolescent Merwin to act as protector on behalf of himself and his mother. These protective instincts may also be the trait that prompted his later work in conservancy.

Merwin graduated from Princeton University in 1948, and spent his post-grad years as many Americans with the means chose to do: traveling across Europe. It is believed that the landscape of his home in the Midi Pyrenees region of France had a major influence on his work.

Merwin’s first-ever collection of poetry, A Mask for Janus, published in 1952, caught the attention of W.H. Auden— this should instill some hope in those with writing aspirations. This first volume of work drew upon classical literature, but Merwin’s successive volumes would become more experimental over time, eventually evolving into the “impersonal, indirect, and open style that eschewed punctuation” that he became known for.

Merwin relocated to Hai’ku Hawaii, (and I must say, Hai’ku sounds like a brilliant choice of residence for a poet) in 1976, at the age of 49, where he purchased a plot of land with the intention of restoring it to health after having been ravaged by exploitative farming practices. Merwin accomplished this goal, and it became one of the crowning achievements of his life outside of writing. Merwin was a staunch anti-war and environmental activist, attitudes that come across very strongly in his work. Merwin’s worldview may best be explained by his subscription to the philosophy of deep ecology, which aims to de-center humanity’s role on earth, i.e., humans are not the best thing since sliced bread, we are just one form of life that emerged from a vast primordial pool that spawned an unknowable amount of creatures currently populating the planet. In his lifetime, Merwin and his wife Paula (née Dunaway, a children’s books editor who passed in 2017) founded a non-profit called The Merwin Conservancy, to which the revitalized Hai’ku property will now be donated.

W.S Merwin’s work is hosted online by The Poetry Foundation, and can be read by anyone, for free, here. The Merwin Conservancy accepts donations, and you may find the link to do so here.