As the worldwide refugee crisis worsens, it can be difficult for news-watchers to put a human voice to the millions of people who have been displaced from their homelands. However, the Kurdish-Iranian journalist Behrouz Boochani has been making waves with his book No Friend but the Mountains which chronicles his tumultuous experience as an asylum seeker. 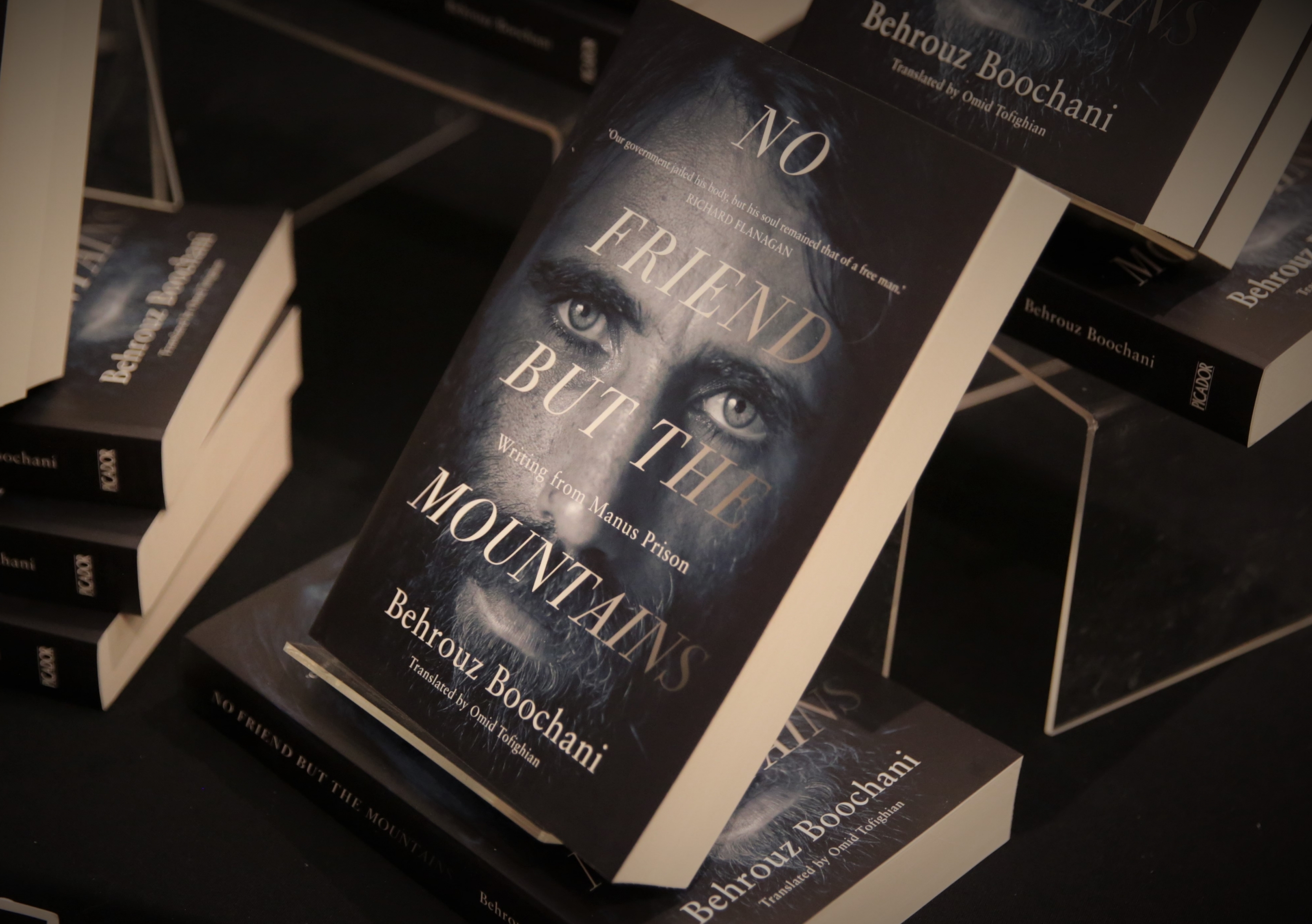 The book document Boochani’s life after becoming incarcerated by Australian authorities in an attempt to seek refuge in the country. He was sent off to Christmas Island, about 2,000 miles off the north-west coast of Australia, and later on Manus. 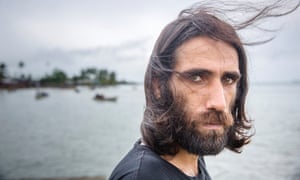 image via the gaurdian

Once in the Manus prison, Boochani experienced ever-increasing violence and dehumanization. “From their perspective,” Boonchani says, “we are nothing more than numbers. I will have to forget about my name… I am a piece of meat thrown into an unknown land, a prison of filth and heat.” The refugees who have been detained remain in a state of limbo, uncertain if or when they will ever leave.

Desperate to have his story shared, Boochani managed to smuggle a mobile phone into the prison in order to text the prose of his book paragraph by paragraph to friends overseas. After it was finally released and published, No Friend but the Mountains gained widespread recognition and recently won a $25,000 national biography award.

Boochani has become one of Austrailia’smost celebrated contemporary writers and he has appeared at several literary festivals via Skype from the prison in Manus. “I have been in a cage for years but throughout this time my mind has always been producing words, and these words have taken me across borders, taken me overseas and to unknown places,” he said in January via video link as he accepted the Victorian Premier’s award. “I truly believe words are more powerful than the fences of this place, this prison.” Escaping from Iran, a Kurdish journalist Behrouz Boochan ended up in the refugee camp on Manus Island, where he had been illegally detained for five years. During these years without freedom, Boochan wrote down his thoughts, anxieties, and memories on his WhatsApp, which has now been compiled into a book.

In 2013, there were a lot of Middle and South Asian refugees flooding into Australia, longing for political protection. The Australian government stated that those refugees who do not have appropriate documents of identification would be transferred to Manus Island, New Guinea, or Nauru.

Behrouz Boochan is one of those transferees. After his company Werya was attacked by Iranian military, Boochan was put to flight to Indonesia, from where he and the other seventy-five refugees took boat to Australia. However, he was blocked by the gate of this country and forced to stay on Manus Island. This stay then turned into a five-year-long detention.

Though in 2016, the detention center on the island was considered illegal by New Guinea government and should be dismissed immediately, the government didn’t come out a package of solution about how to place those detainees. American government took some; yet Boochan was left on the island with the other five.

Having no idea when he may smell the air of freedom again, Boochan spent his detained five years making a documentary Chauka, Please Tell Us The Time and a memoir No Friend But The Mountains: Writing from Manus Prison.

Boochan’s documentary and book | Images via Wikipedia and Amazon

Originally written in Persian, the content of No Friend But the Mountains had been typed on Boochan’s WhatsApp and then sent to his friend Moones Mansoubi in Australia who translated the text messages, one by one, and complied them into a book. During the period of composition, Boochan’s phone had been confiscated twice.

The main reason I wrote this book on my phone, and sent it out bit by bit, was really that I didn’t feel safe with the guards and authorities. Because they, at any time, could attack our room and take our property. In February 2014, during the riots, all the refugees lost our property. Seven months ago in November, when they relocated us, we lost our property again. So imagine if I had written this book on paper. I would definitely have lost it.

He recalled that the process of WhatsApp writing was hard:

I wrote this book on the phone and sent it out bit by bit. I wrote all the book on WhatsApp. WhatsApp was like my notebook. For example, some nights I could write two pages or one page, and send it out to my translator. And when I finish my chapter, I [tell] him that it is chapter 5, or it is chapter 6, or it is chapter 7. My translator put them together in PDF and sent it back to me, and I read it and say, “Yeah, it’s OK, it’s exactly what I want.” So it was a long process, a very hard process.

No Friend But the Mountains is a fusion of fictional creative writing and documentarian political resistance. Boochan said:

For a long time I tried to describe the situation on Manus Island, to describe the life in Manus prison camp, but I think the journalism language doesn’t have the capacity to describe this life, and the suffering and how the system is working here…I worked on this book for five years. I thought that the best way for me to express my thinking and to tell the story of Manus prison camp and the stories of Manus Island – and Nauru as well – is to write a novel…The best way for me, I can say I survived through my artworks, through my journalism work.

Still being detained on the island, Boochani expressed that some people had been moved to the US, Nauru while some are still trapped, including himself. The following is an excerpt, according to The Guardian, from No Friend But the Mountains, from which readers may see how nervous and anxious Boochani, a prisoner, may be:

Early in the morning, at six, guards came in like debt collectors and heaved us out of bed. Within a few minutes they took us to a tightly confined cage. It is now almost two hours since they brought us here. These hours have been really tough. It is hard being imprisoned … being locked in a cage. We have now been in prison on Christmas Island for a whole month. It is hard being a prisoner.

I sincerely hope that the walls, the cage, and the fence may be broken down soon… And again those political actions that have violated human rights should be critically examined.

Featured Image via The Guardian