“Life’s but a walking shadow, a poor player…”

My Shakespeare professor in college was a loud guy; he was also extraordinarily controversial. They’ve probably fired him from his third university by now, but that’s beside the point. On my first day of class with him, he warned us all that we would probably be offended at some point—he would run around the room quoting plays like Measure for Measure, The Merchant of Venice, King Lear, and Macbeth verbatim whilst taking scenes from those plays and applying them to recent news or daily experiences. Before him, Shakespeare was annoying and difficult—just early modern English nonsense.

Other teachers just focused on the plot points of William’s plays and brushed over the lyrical nuances of his words. Great art transcends time with eternal themes that strike deep through the heart of existential struggle. With subtly that is sometimes hilarious, over the top romance and gore, Shakespeare created plays that are still relevant to this day. I can only think of one pair of contemporary artists (not really) that so subtly tackle existential shit with ease: the Coen Brothers. This brings me to the news of how Joel Coen is set to direct Macbeth—courtesy of Variety. Whenever I think of either of the Coen brothers, my mind wanders to their adaption of Cormac McCarthy’s novel No Country for Old Men. I feel it is appropriate to mention that film here because of its thematic ties to Macbeth. Greed is bad and it will ultimately lead to a destructive end unto itself. Macbeth chases power while the characters in No Country chase drug money—albeit for different reasons. In both tales, violence is the result of the chase. Now, I could easily draw some parallels between the character of Macbeth and Llewelyn or Lady Macbeth and Carla Jean, but instead I’m going to focus on some more OMINOUS scenes.

Early on in Macbeth, the titular character runs into three witches who throw a bunch of prophetic—mind-effing—jargon his way; unfortunate for him, ominous for us. It sets the character of Macbeth on his arc. Similarly, there’s an ominous scene early on in No Country where Sheriff Ed Tom Bell (Tommy Lee Jones) is cautioned by his wife Loretta (Tess Harper):

Loretta Bell: Don’t hurt no one.

I love that scene. Not just because it contains loads of macho nonsense (kind of) that makes me want to crush beer cans on my face, but also because of the subtle characterization that happens within it. The foreshadowing cements this character as someone who is about be involved with the plot but not ‘deathly’ involved. A narrator. A voice. A shadow.

The protagonist of McCarthy’s novel (more so than the film), Ed Tom Bell is the aging sheriff of Terrell County, Texas; he’s a bit of a jaded, yet hard-nosed character. Being an old-fashioned, ethical man, he finds it difficult adapting to all the violence, greed and corruption of society. He is the character the reader most identifies with… basically, he’s Shakespeare. If Shakespeare wrote himself into Macbeth, it would be as a jaded captain in Macduff’s army—as a character who sees the world as it is and is simply exhausted by it. 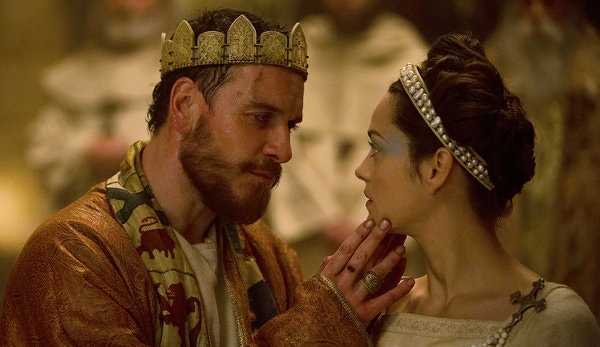 I’m exhausted by all the Macbeth adaptions we’ve had in the past. I’ve read the play numerous times and watched it at least a couple: the Mel Gibson version blew (or was that Hamlet?) and the Michael Fassbender one was eh. I didn’t expect to see or be excited about another adaptation anytime soon. Then I heard Joel Coen is going to try his hand at Shakespeare with the help of top tier talents like production company A24, Denzel Washington, and Francis McDormand. The long list of complex films that are (if this article is any indication) easily equatable with Shakespeare plays under his belt prove him more than capable of adapting the said source material. He must have something fresh, quirky, maybe even offensive up his sleeve—able to demolish prior stabs at Macbeth. Hopefully, he reinvigorates a new wave of WS enthusiasm. I will full-on seek it out upon its inevitable limited release. Maybe I’ll run into my unemployed professor in a darkened theater. I’ll throw popcorn at him.