A fresh new face will be playing a classic role in Steven Spielberg’s remake of the 1961 musical West Side Story.

The role of Maria, the titular love interest of the story, will be played by newcomer Rachel Zegler in her first film role. Zegler was one of 30,000 Latina actresses to audition for the role of Maria.

Zegler has stated that she is honored to play the role of Maria in a film, having previously portrayed her in a school play.

“West Side Story was the first musical I encountered with a Latina lead character. As a Colombian-American, I am humbled by the opportunity to play a role that means so much to the Hispanic community.”

The news comes as the other film’s stars have also been announced. Tony, Maria’s love interest, will be portrayed by Ansel Elgort, the star of Baby Driver. The roles of Bernardo, Maria’s brother, and Anita, Bernardo’s girlfriend, will be portrayed by Broadway veterans Ariana DeBose and David Alvarez, respectively. Hamilton performer Josh Andres Rivera has been case as Chino, Maria’s would-be suitor. Rita Moreno, one of the film’s original stars who won an Oscar for her performance as Anita, will return in a new role and also serve as executive producer.

The casting of mostly Latino and Latina actors was important for Spielberg and screenwriter Tony Kushner. The original film has been accused on whitewashing over the years since its release. Most notably the casting of Natalie Wood, a white actress, in the role of Maria. Spielberg said that he is proud of the diverse group of actors who were cast in the film.

“When we began this process a year ago, we announced that we would cast the roles of Maria, Anita, Bernardo, Chino and the Sharks with Latina and Latino actors. I’m so happy that we’ve assembled a cast that reflects the astonishing depth of talent in America’s multifaceted Hispanic community.”

The film is set to start filming this summer.

The Lightning Thief was the book that, for many, started a magical journey that would stay with the reader for a lifetime. Rick Riordan masterfully crafted a beautiful, dangerous, and beyond unique setting with a blend of our modern reality with mythological deities, locations, and creatures. Now, the story that started it all is getting a fresh new adaptation. One that Apollo would be proud of.

Image Via The Hanover Theatre

Rick Riordan’s story will be adapted into a musical play! The play is scheduled to tour the U.S. this January, but the songbook will soon be available October 5th. Percy and the other lovable cast of creatures and demigods have long deserved a good adaptation after the poorly received film adaptations a couple years ago.

The play first debuted at the Lucille Lortel Theatre in an Off-Broadway attempt. So far the reviews have been positive, so hopes are high for fans. This version of Percy Jackson’s story is sure to be well received while also lending its own unique style to its presentation. The musical will be produced by Theatreworks USA, Martian Entertainment, Greg Schaffert Productions, and Lang Entertainment Group, in partnership with The Road Company.

For more info on the production or for pricing on tickets check out The lightning Thief’s website here. Don’t forget to pre-order your copy of the songbook so you don’t lag behind at the show!

Featured Image Via The Knockturnal

It seems that Wicked won’t be flying high to the movies anytime soon! Production is being pushed back with the release date now to be announced. In its place, Universal Pictures and Working Title Films are releasing Cats, the adaptation of Andrew Lloyd Webber’s hit musical from 1981. The Cats production on the other hand seems to be well on its way. Not only is there a star-studded cast revealed with Jennifer Hudson, Taylor Swift, Sir Ian McKellen, and James Corden, but award-winning choreographer Wayne McGregor was also hired to coach the cast into catlike movement! Andrew Lloyd Webber himself is also part of the production! With filming scheduled to start this November, it’s no wonder the air date was moved up! 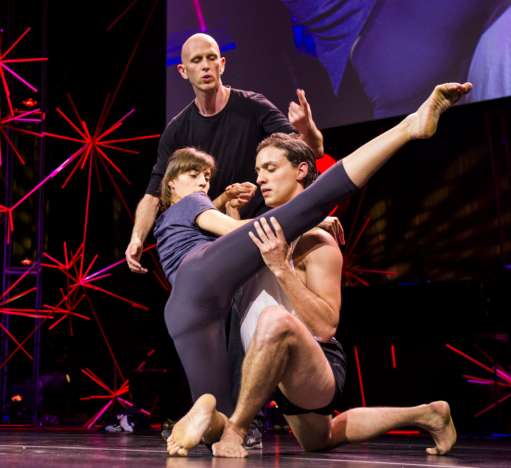 So yes, we have to wait a little longer for the Witch of the West to defy gravity on the big screen, but hopefully that means Hollywood is taking the right time and creative effort to work its own magic! Until then, we can look forward to the cats of the Jellicle Tribe pouncing into theaters instead on December 20th 2019.

Featured Image Via Peter Coombs and the Marriott Theatre

It looks like the infamous Broadway musical Cats is currently being adapted to the big screen with the most all-star of all-star casts and we are just pulsing with excitement!!

Jennifer Hudson, Sir Ian McKellan, James Corden, and Taylor Swift have officially been named as four of the luminaries leading this brand new cinematic opus. The film is also set to be directed by Tom Hooper (The King’s Speech, Les Misérables) and written by Lee Hall (Billy Elliot) so it is already abundantly clear that this major motion picture will be something major, indeed.

The beloved kitten musical is based upon the T.S. Eliot collection of whimsical poems and prose all about the psychology of the feline mind, Old Possum’s Book of Practical Cats, and is the largest grossing and most translated musical (with over $340-million grossed and twenty languages translated to) in existence. It seems like a new adaptation was ultimately inevitable (and it’s a little surprising it hasn’t happened sooner)!

The story itself takes place within the world of a group of cats known as the Jellicles as they prepare for the Jellicle Ball, where the Jellicle leader will choose one, lucky feline and grant them an extra life. It’s strange, campy, a little grotesque, and unlike anything else you will ever see!

The new adaptation will begin filming in the UK in November (and we cannot wait)!

Tony Award winning musical Dear Evan Hansen is about to get a book adaptation that will focus on expanding stories and characters featured in the musical. Set to be released October 9th, the story follows Evan Hansen, a lonely high school student who is swept into an emotional lie after the death of one of his classmates.

Cover of Dear Evan Hansen: The Novel | Via Amazon

Author Val Emmich (The Reminders) teamed up with the creative team behind the musical, Steven Levenson, Benj Pasek, and Justin Paul, to bring the musical’s story to even more people through the book.

The book adaptation takes the main storyline of the musical and fleshes it out with themes of grief, authenticity, and the want to belong in a world of instant connectivity and profound isolation in the age of social media.

Featured Image Via Broadway in Chicago