A New York Times bestseller, Turn of Mind is a Alica LaPlante’s debut novel. Published in 2012, the novel follows a a retired orthopedic surgeon suffering from dementia and accused of murdering her best friend.

The novel received critical acclaim, called “[a] haunting story masterfully told” by Kirkus Reviews and “[u]nforgettable” by The Guardian, the novel was launched into becoming a New York Times bestseller.

According to Gideon Raff, an Israeli film and television director who is perhaps best known for his creation of the Channel 2 thriller drama series Prisoners of War, Turn of Mind is:

A story of a warped friendship between two brilliant, sharp, forceful women who are bonded equally by their love for and jealousy of one other…

Naturally, Gideon Raff is now the directing the adaptation.

Penning the screenplay is Doug Wright, who received the Pulitzer Prize for Drama in 2004 for his play, I Am My Own Wife and adapted his own play into a film Quills. 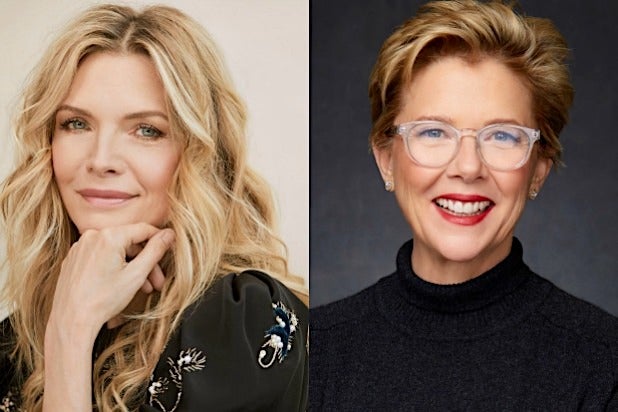 Now Deadline is reporting that Oscar nominees Annette Bening and Michelle Pfeiffer have been cast.

Annette Bening has been nominated for an Academy Awards four times. The first time was for playing Myra Langtry in the 1990 film The Grifters, Carolyn Burnham in 1999’s American Beauty, Julia Lambert in 2004’s Being Julia, and Dr. Nicole ‘Nic’ Allgood in 2010 The Kids Are Alright. Recent she appeared in Disney’s $1.1 billion-grossing Captain Marvel.

Michelle Pfeiffer also recent was in an MCU film, this one being Marvel’s Ant-Man and the Wasp.

Both actors are talented and even though we don’t know who they are playing yet, this looks like it could be a stellar film! Excited?