While horror feasts on the unknown, not everything about the genre must remain a mystery. USA Today’s best-selling atmospheric horror author, Darcy Coates, has kindly agreed to share her experience in writing and publishing her mountain of mystifying material. Whether an avid reader of dark tales or a fellow writer, Coate’s insight and advice is sure to spark your passion for the paranormal and stir your fascination for all things dire, deathly and dreary.

END_OF_DOCUMENT_TOKEN_TO_BE_REPLACED

Perfect Mexican daughters do not go away to college. And they do not move out of their parents’ house after high school graduation. Perfect Mexican daughters never abandon their family. But Julia is not your perfect Mexican daughter. That was Olga’s role. Then a tragic accident on the busiest street in Chicago leaves Olga dead and Julia left behind to reassemble the shattered pieces of her family. And no one seems to acknowledge that Julia is broken, too. It’s not long before Julia discovers that Olga might not have been as perfect as everyone thought. Was Olga really what she seemed? Or was there more to her sister’s story?

Seven-year-old Chula lives a carefree life in her gated community in Bogotá, but the threat of kidnappings, car bombs, and assassinations hover just outside her walls, where the godlike drug lord Pablo Escobar reigns, capturing the attention of the nation. When her mother hires Petrona, a live-in-maid from the city’s guerrilla-occupied slum, Chula makes it her mission to understand Petrona’s mysterious ways. As both girls’ families scramble to maintain stability amidst the rapidly escalating conflict, Petrona and Chula find themselves entangled in a web of secrecy.

Latinas of Indigenous descent living in the American West take center stage in this haunting debut story collection—a powerful meditation on friendship, mothers and daughters, and the deep-rooted truths of our homelands. 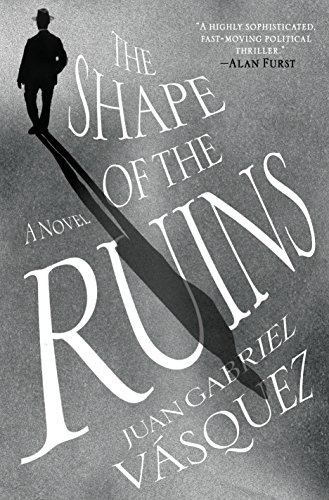 The Shape of the Ruins is a masterly story of conspiracy, political obsession, and literary investigation. When a man is arrested at a museum for attempting to steal the bullet-ridden suit of a murdered Colombian politician, few notice. But soon this thwarted theft takes on greater meaning as it becomes a thread in a widening web of popular fixations with conspiracy theories, assassinations, and historical secrets; and it haunts those who feel that only they know the real truth behind these killings.

The ghost of a decadent and disagreeable aristocrat decides to write his memoir.  Wildly imaginative, wickedly witty, and ahead of its time, the novel has been compared to the work of everyone from Cervantes to Sterne to Joyce to Nabokov to Borges to Calvino, and has influenced generations of writers around the world.

The House on Mango Street is the remarkable story of Esperanza Cordero, a young Latina girl growing up in Chicago, inventing for herself who and what she will become. Told in a series of vignettes-sometimes heartbreaking, sometimes deeply joyous-Sandra Cisneros’ masterpiece is a classic story of childhood and self-discovery.

Migration. Betrayal. Family secrets. Doomed love. Uncertain futures. In Daniel Alarcón’s hands, these are transformed into deeply human stories with high stakes. In “The Thousands,” people are on the move and forging new paths; hope and heartbreak abound. A man deals with the fallout of his blind relatives’ mysterious deaths and his father’s mental breakdown and incarceration in “The Bridge.” A gang member discovers a way to forgiveness and redemption through the haze of violence and trauma in “The Ballad of Rocky Rontal.” And in the tour de force novella, “The Auroras”, a man severs himself from his old life and seeks to make a new one in a new city, only to find himself seduced and controlled by a powerful woman.

When it appeared in 1924, this work launched into the international spotlight a young and unknown poet whose writings would ignite a generation. W. S. Merwin’s incomparable translation faces the original Spanish text. Now in a black-spine Classics edition with an introduction by Cristina Garcia, this book stands as an essential collection that continues to inspire lovers and poets around the world.

Anita de la Torre never questioned her freedom living in the Dominican Republic. But by her twelfth birthday in 1960, most of her relatives have immigrated to the United States, her Tío Toni has disappeared without a trace, and the government’s secret police terrorize her remaining family because of their suspected opposition to Trujillo’s iron-fisted rule.

Using the strength and courage of her family, Anita must overcome her fears and fly to freedom, leaving all that she once knew behind. 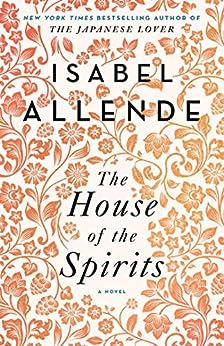 In a triumph of magic realism, Allende constructs a spirit-ridden world and fills it with colorful and all-too-human inhabitants. The Trueba family’s passions, struggles, and secrets span three generations and a century of violent social change, culminating in a crisis that brings the proud and tyrannical patriarch and his beloved granddaughter to opposite sides of the barricades. Against a backdrop of revolution and counterrevolution, Allende brings to life a family whose private bonds of love and hatred are more complex and enduring than the political allegiances that set them at odds.

In colorful pieces on the tango and the gaucho, on the card game truco, and on the criollos (immigrants from Spain) and compadritos (street-corner thugs), we gain insight not only into unique aspects of Argentine culture but also into the intellect and values of one of Latin America’s most influential writers. Featuring material available in English for the first time, this unprecedented collection is an invaluable literary and travel companion for devotees of both Borges and Argentina. 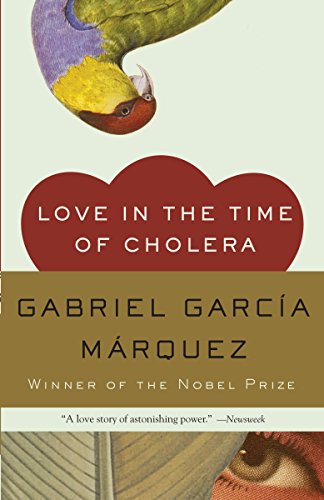 In their youth, Florentino Ariza and Fermina Daza fall passionately in love. When Fermina eventually chooses to marry a wealthy, well-born doctor, Florentino is devastated, but he is a romantic. As he rises in his business career he whiles away the years in 622 affairs–yet he reserves his heart for Fermina. Her husband dies at last, and Florentino purposefully attends the funeral. Fifty years, nine months, and four days after he first declared his love for Fermina, he will do so again.

After receiving a frantic letter from her newly-wed cousin begging for someone to save her from a mysterious doom, Noemí Taboada heads to High Place, a distant house in the Mexican countryside. She’s not sure what she will find—her cousin’s husband, a handsome Englishman, is a stranger, and Noemí knows little about the region.

Noemí is also an unlikely rescuer: She’s a glamorous debutante, and her chic gowns and perfect red lipstick are more suited for cocktail parties than amateur sleuthing. But she’s also tough and smart, with an indomitable will, and she is not afraid: Not of her cousin’s new husband, who is both menacing and alluring; not of his father, the ancient patriarch who seems to be fascinated by Noemí; and not even of the house itself, which begins to invade Noemi’s dreams with visions of blood and doom.

Her only ally in this inhospitable abode is the family’s youngest son. Shy and gentle, he seems to want to help Noemí, but might also be hiding dark knowledge of his family’s past. For there are many secrets behind the walls of High Place. The family’s once colossal wealth and faded mining empire kept them from prying eyes, but as Noemí digs deeper she unearths stories of violence and madness.

And Noemí, mesmerized by the terrifying yet seductive world of High Place, may soon find it impossible to ever leave this enigmatic house behind.

Eury comes to the Bronx as a girl haunted. Haunted by losing everything in Hurricane Maria–and by an evil spirit, Ato. She fully expects the tragedy that befell her and her family in Puerto Rico to catch up with her in New York. Yet, for a time, she can almost set this fear aside, because there’s this boy . . .

Pheus is a golden-voiced, bachata-singing charmer, ready to spend the summer on the beach with his friends, serenading his on-again, off-again flame. That changes when he meets Eury. All he wants is to put a smile on her face and fight off her demons. But some dangers are too powerful for even the strongest love, and as the world threatens to tear them apart, Eury and Pheus must fight for each other and their lives.

Xochitl is destined to wander the desert alone, speaking her troubled village’s stories into its arid winds. Her only companions are the blessed stars above and enigmatic lines of poetry magically strewn across dusty dunes.

Her one desire: to share her heart with a kindred spirit.

One night, Xo’s wish is granted―in the form of Emilia, the cold and beautiful daughter of the town’s murderous conqueror. But when the two set out on a magical journey across the desert, they find their hearts could be a match… if only they can survive the nightmare-like terrors that arise when the sun goes down.

Bookstr got to interview Silvia Moreno-Garcia, bestselling author of 'Mexican Gothic', to talk about her books, writing, and representation in publishing.

END_OF_DOCUMENT_TOKEN_TO_BE_REPLACED

Who doesn't love a book you can't put down? These five novels are filled with lots of page-turning action that will keep you hooked until the end.