Emilia Clarke pens heartfelt letter thanking the health care workers that cared for her while she underwent treatment for a brain hemorrhage.

END_OF_DOCUMENT_TOKEN_TO_BE_REPLACED

As we commemorate D-Day, it’s often easy to forget that the invasion was considered a long shot. CNN reminds us that it remains “[t]he largest amphibious (land and water) invasion in history”. Everything had to go off without a hitch. This was the Allies chance to stick it to the Axis forces and land a startling blow to the Nazis.

The fact this operation succeeded at all is amazing, the fact it went off without any major hitch is astonishing. But what was it like down on the ground? What did this future president go through on that day? 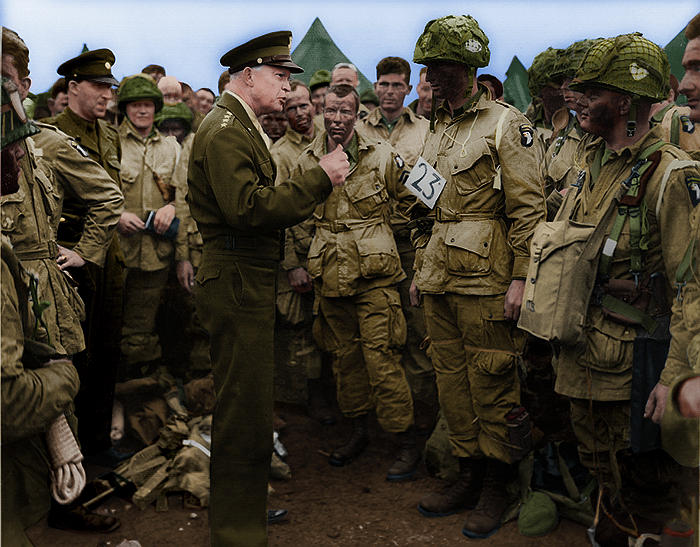 Starting tomorrow I have a series of trips that will last without interruption from six to ten days. So if you have a lapse in arriving letters, don’t jump at the conclusion that I don’t want to write — I’ll simply have no opportunity to pick up a pen. I’m a bit stymied in my mind as to subjects to write about. So many things are taboo — and the individual with whom you are acquainted (including myself) go along in accustomed ways. Mickey is a jewell. I often wonder how existed without him. Anyway the real purpose of this note was to say I’m well, and love you as much as ever, all the time, day and night. Your picture (in a gilt frame) is directly in front of my desk. I look at you all the time. Another is in my bed room. Loads of love — always.

This transcript of a letter to his wife is thanks to the Wall Street Journal. The vague language, however, is because General Ike wasn’t allowed to give away any war plans—hence why he calls D-Day a “series of trips”. It’s also why he says he’s “stymied” about what to write about.

Most importantly, however, the letter reveals how tense everything really was.

Nazi Germany controlled much of Western Europe, but the Allies wanted to chance that. On June 5th 156,000 Allied forces were to be sent, by ship or plan, over the English Channel to land a strike against the German Army dug in at Normandy, France. 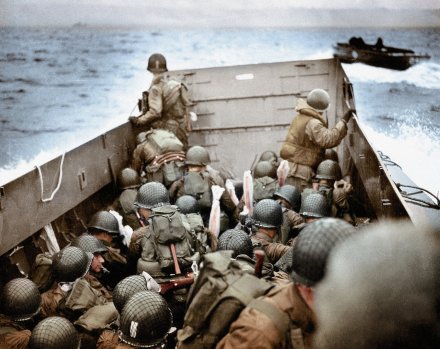 There was a window of only four days to attack, but the worse came on June 4th. History.com reveals that “[w]hen bad weather hit the channel on June 4, Eisenhower wrestled with the idea of postponing Operation Overlord” given that “[w]eather conditions were predicted to worsen over the next two weeks”.

Stationed at his forward command post at Southwick House in Portsmouth, England, General Eisenhower spoke to a meteorologist. Encyclopedia Britannica writes that Group Captain. James Stagg, a Royal Air Force meteorologist, predicted “a temporary break in the weather might allow the invasion to go ahead on June 6”.

The  the Wall Street Journal writes that “Gen. Eisenhower paced the room at length and finally said, ‘O.K.—we’ll go,’ setting in motion an attack that had been in the works for more than a year.”

Meanwhile, the Germans believed that the weather made it impossible for an Allied Invasion. Boy, they got the surprise of a lifetime when Eisenhower ordered 155,000 troops to invade, either by land or by sea. 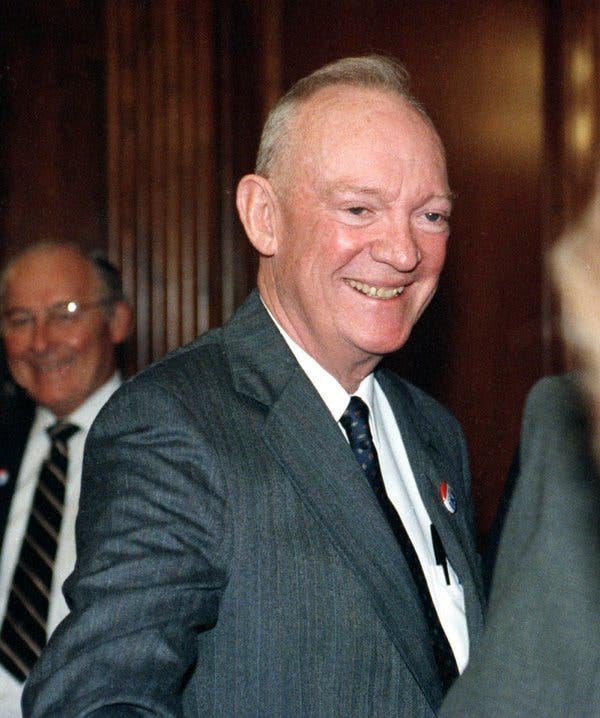 The fact is we even have this letter is thanks to the late John S.D. Eisenhower (pictured above), who kept the letter. Fortunately, after John. S. D. Eisenhower’s death in 2013 mean the letter was lost because he sold it to The Simon Wiesenthal Center and Museum. A collector of key documents relating to World War 2, specially the Holocaust, The Simon Wiesenthal Center and Museum has plans to put the letter on display for the 75th anniversary of D-Day this Thursday, June 6th 2019.

Image Via The Eisenhower Encyclopedia

On a personal note I find it amazing and touching how, in those crowded hours, Eisenhower managed to tell Mamie, “I’m well, and love you as much as ever, all the time, day and night…I look at you all the time.”

Ah yes, there is nothing quite like romance and grand gestures. As cheesy as they may be, they’re even lovelier these days because they’re so uncommon. Who writes poetry for their love? Who plays them a song on their front porch? All those 80s and 90s rom-coms are so far in the past, yet they’re as relevant now as they were back then. A particular act of love I’m referring to? A good old-fashioned handwritten love letter.
They’re beautiful, simple, true, raw, and real. So where the hell are they?! Nowhere, because they’re a thing of the past. Love letters have been present throughout history long before texts, Facebook, and all that other stuff. It’s great for both readers and writers. So why are they barely a thing when they offer so much more than a kiss face emoji? Although I love that emoji. Here’s five reasons why love letters need to come back.
1. It’s as personal as it gets

This is first and foremost. Anyone can type out a text by phone or a document on their computer, but to use your full time to take a pen and paper and write your feelings out… that’s something else. It’s charming, original, and it’s an expression of who you really are. Handwriting is such a personal matter and it can say a good amount about who it belongs to. So when in doubt, write it out.
2. They’re way more passionate… Obviously.

There’s something fiery about professing your feelings unapologetically. Everyone wants a true declaration of love in some form. Whether we see it in history, movies, or somewhere in pop culture, there is nothing to take lightly or overthink about a love letter. This is a solid sign of how someone feels. There’s a sense of longing within them; it’s the fact that you’ve been on their mind enough for them to find release in written word. Yes, please.
3. You’ll always have it… I hope

Phones are replaced, calls end, but letters are something you can store safely away in your room. I have a little memory box under my bed where I keep concert tickets, special photos, and select birthday cards from the important people in my life. No, I do not have any love letters in there… yet. However, if I did, they’d go there. When you miss someone or simply want to reread your love’s poetic words, unfolding a worn sheet of paper feels nice in your hands. And if the day comes to part ways, then at least paper is flammable, right?
4. It allows you to tap into your emotions without fear of judgement

This is a very important thing to remember. I find that sometimes we can hold back when faced with the opportunity to say how we really feel. We speak it softly, but inside our minds we’re shouting out what we actually want to say. I know I’ve done it. But when we write it, something about the voice in our heads translating onto paper feels calming. It makes you more fearless and forget less of what people will think. You can just let the chips fall where they may. It will probably come out amazing anyway, so who cares?
5. They’re a thing of the past so why the hell not?

Maybe it’s just me, but I usually like to do what nobody else is doing. Love letters are an art long gone. If everyone’s writing long texts and captions, wouldn’t you want something that has some more magic to it? Stand out and step out on a limb. Your love will know you’ve got that something special when they read your words in a quiet space and think of you. Take my advice: Go against the flow this time.

Chinese President Xi Jinping recently moved to abolish presidential term limits in China, meaning that he could effectively remain the country’s leader for the remainder of his life. The move has understandably been met with much criticism from both within China and internationally. In response to this, the president has had censorship authorities crack down on online critiquing of his proposed constitution change.

Mention of George Orwell’s novels Animal Farm and 1984 was also banned, along with the name Yuan Shikai, who was a Qing dynasty warlord who unsuccessfully tried to restore a monarchy in China.

While it’s easy to see why these terms may have been banned, it is less apparent where the letter ‘N’ fits in. Victor Maire, the University of Pennsylvania China expert has suggested that it was banned “probably out of fear on the part of the government that ‘N’ = ‘n terms in office’, where possibly n > 2.”

Beijing accused the West of acting ‘hysterically’ to the proposed changes.