Lá Fhéile Pádraig libh go léir! (law ay-la paw-drig liv guh lair). For those of you that don’t know, that’s Gaeilge (or, Irish) for Happy St. Patrick’s Day! While this year’s festivities are very unlike those that have come before, the day remains a celebration of all things Irish. Given Ireland’s rich literary history, the country has produced some incredible authors, four of which I’m about to divulge. I’m focusing on contemporary writers today, since I should hope we are all already familiar with the elite Joyce, Yeats, and Beckett gang. 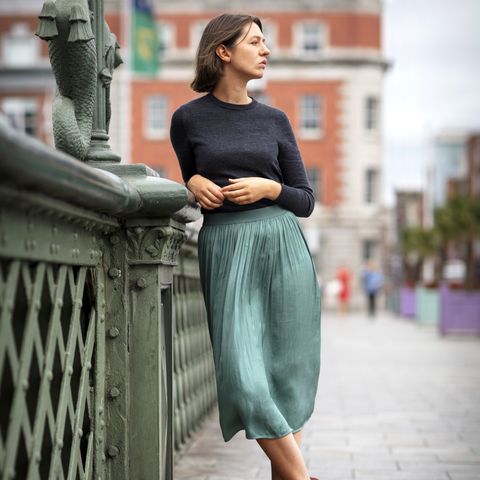 Sally Rooney is an Irish powerhouse right now. From Mayo, in the west of Ireland, Rooney has been “hailed as the first great millennial novelist for her stories of love and late capitalism”, according to The New Yorker. Rooney penned Normal People and Conversations With Friends, both of which are currently in the process of adaptation by the BBC. Rooney writes from a perspective that is paradoxically both universal and yet specific to Irish consciousness. You can expect some allusions to the Irish landscape, or maybe to the Dublin University Rooney herself attended, but her writing has proven to be popular worldwide. 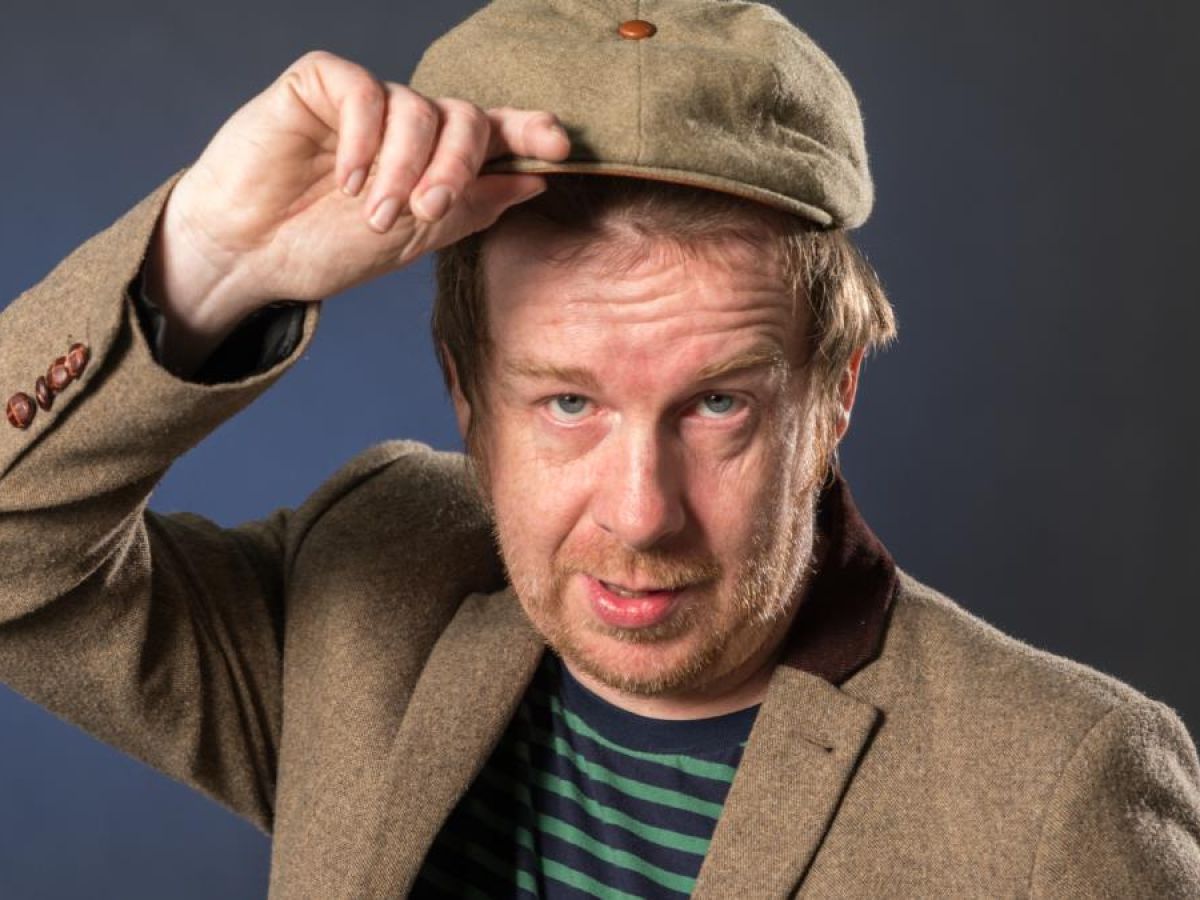 Kevin Barry is a best selling Irish author from Limerick. He is the writer behind City of Bohane, Beatlebone, and Night Boat to Tangier, for which he was long-listed in the Man Booker Prize. Alongside his successful novels, Barry has also written a number of short story collections, such as Dark Lies The Island. His work is poetic and enthralling, encapsulating the knack for storytelling that many Irish people have at their disposal. 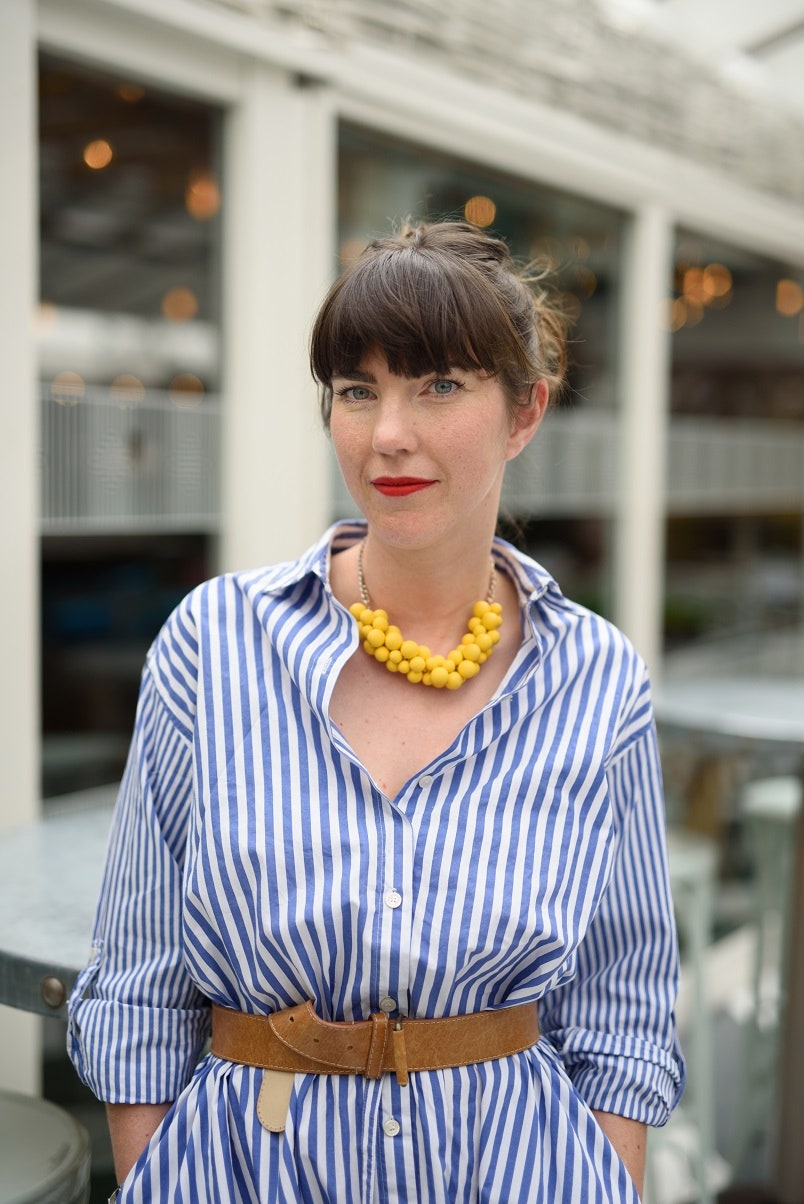 Emilie Pine is Associate Professor of Modern Drama at University College Dublin, and author of Notes to Self. The novel is a non-fiction collection of essays on the struggle of being female, through the varied lenses of addiction, menstruation, rape, and infertility. Pine is an incredibly revered lecturer at UCD, and her book has been topping charts the world over since its release. 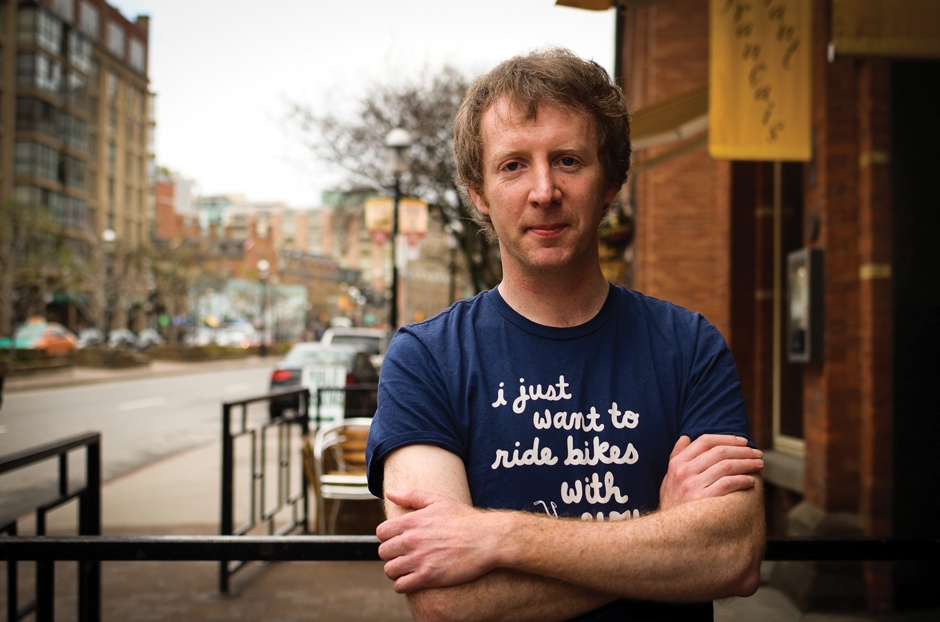 Paul Murray is an Irish novelist, and the man behind titles such as Skippy Dies, An Evening of Long Goodbyes, and The Mark and The Void. His works have been nominated for a host of prestigious awards, such as the 2010 Costa Prize, The National Book Critics Circle Award, and the 2010 Booker Prize. 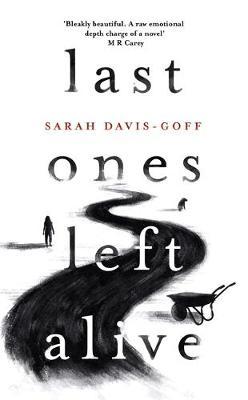 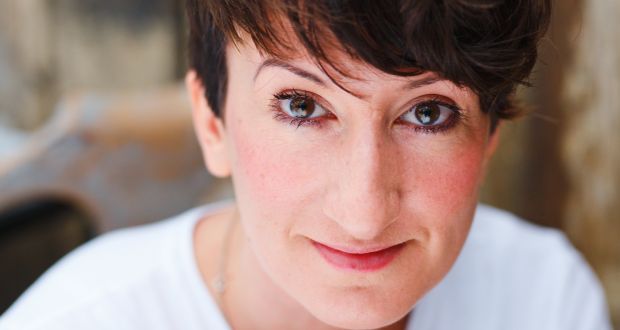 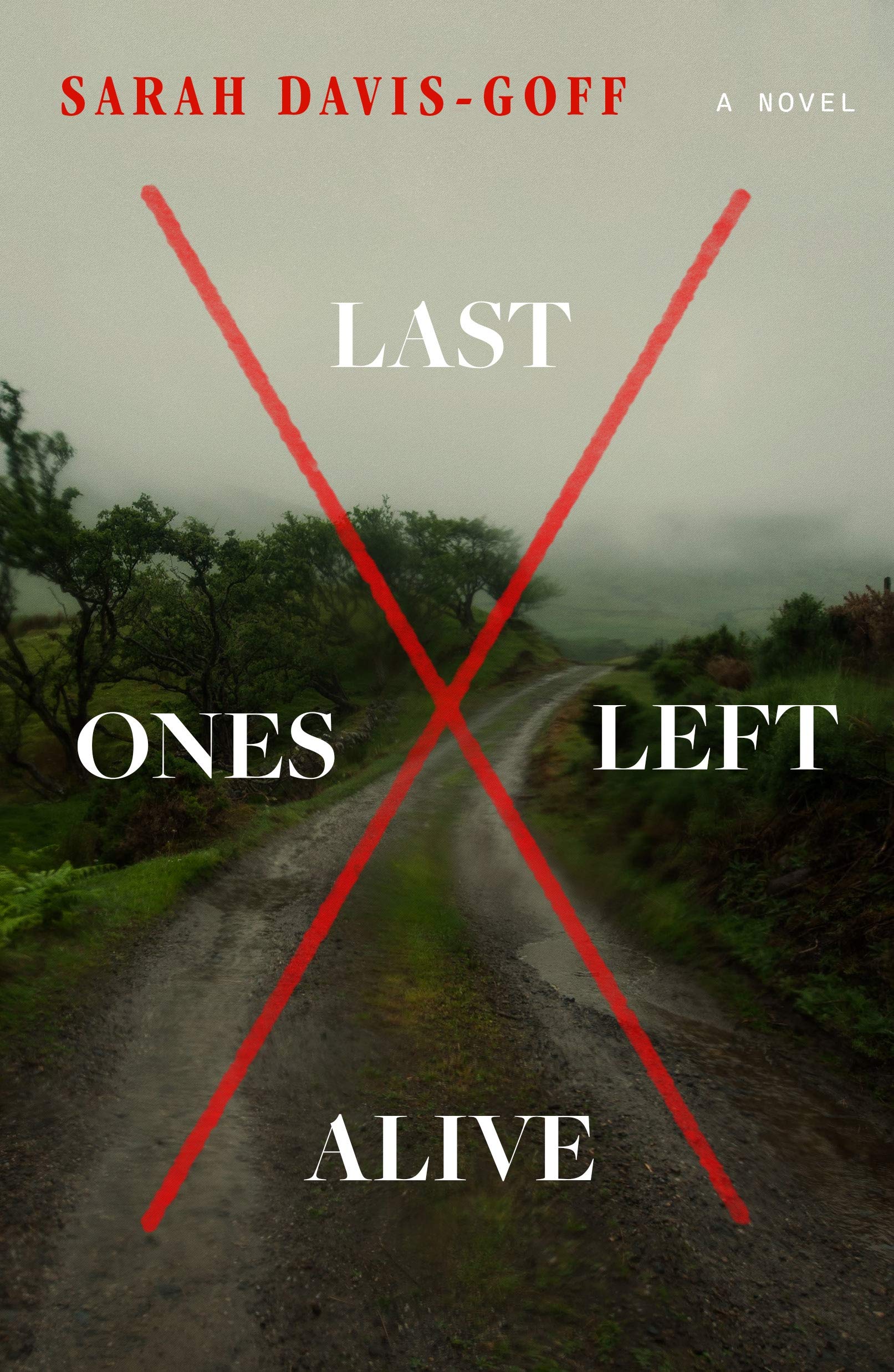 We have learned the startling news: Game of Thrones fans traveled from far and wide to Ireland to visit the show’s shooting locations, bringing in €58 million, equivalent to a startling $65,305,100.

Straight from The Irish Times, we have learned that Game of Thrones fans made up of about 350,000 visitors, which is one in every six out-of-state tourists.

For those unaware, much of Game of Thrones‘ sets are actual locations, and Ireland is home to many of our favorite locations: including the Haunted Forest and the Kingsroad.

This is Kingsroad in the show: 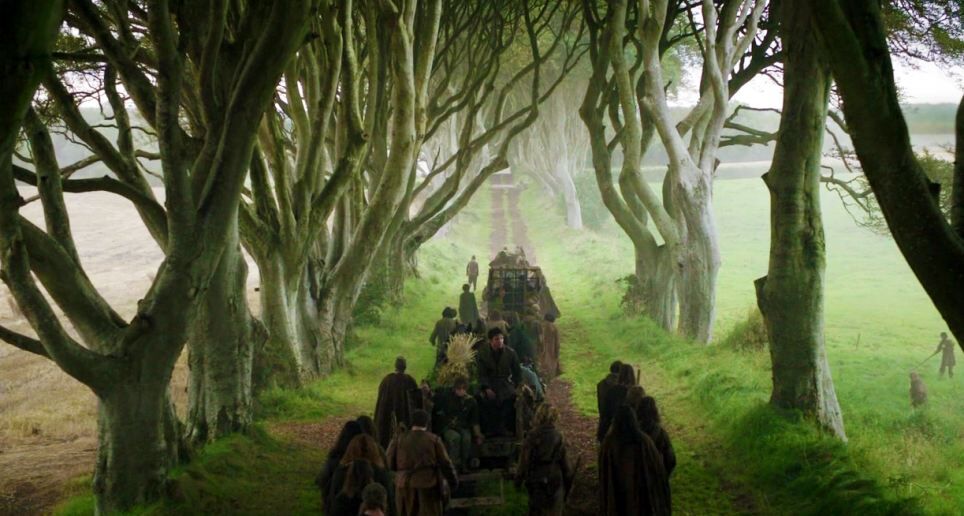 Image Via Winter Is Coming.net

And this is Ireland’s “The Dark Hedges”. 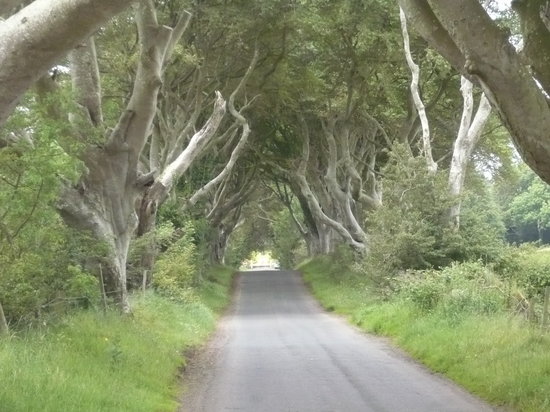 I want to go there.

Japan Today quotes tour guide by the name of Patrick Rogan who says, “We had people from Patagonia, from New Zealand, from Japan, from Russia, from South Korea and Europe, so I think that tells its own story.”

It seems industry is booming thanks to a TV series that gives the country publicity money just can’t buy—well, it can, but at least Ireland isn’t spending it. 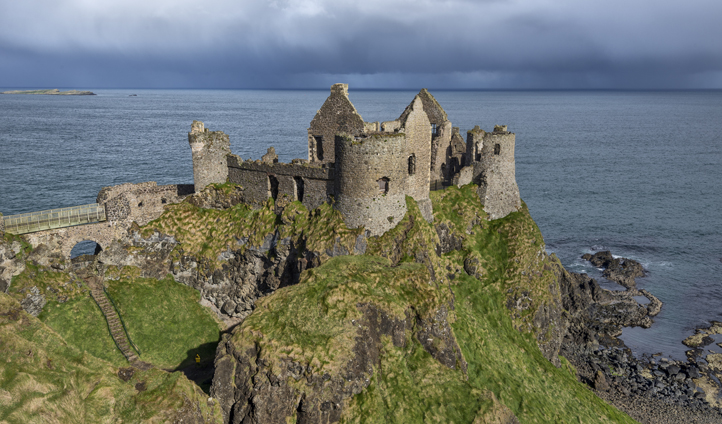 But, I hear you ponder, what will happen when the show ends? After all, it’s still in its final season, and we don’t have any news about what’s going on with the Game of Thrones prequel.

John McGrillen, chief executive of Tourism in Northern Ireland, has calmed everyone’s worries with this quote:

“We’re going to have a permanent attraction in Northern Ireland for fans with the Game of Thrones legacy experiences. The first attraction – the Game of Thrones studio tour – is due to open in spring 2020 at the Linen Mill Studios in Banbridge….[t]his new 110,000sq ft interactive experience will give fans the opportunity to see behind the scenes how the series is made and feature many of the original props and costumes and sets from the series, which is going to be very exciting.”

It’s seems like Ireland is taking a page out of New Zeland’s playbook, given that they also have an attraction dedicated to Lord of Rings, showing off the sets and locations, complete with gift shops and food.

Despite being called ‘fantasy’, the genre of Fantasy gives us real world benefit besides escapism.

Featured Image Via The Travel Hack

Skyrocketing to the number one spot on the Irish bestseller fiction list just three days after its release on February 28th, Emma Hannigan’s The Gift of Friends was sadly, published posthumously.

The Gift of Friends is, according to the blurb,  “a life-affirming, uplifting story that celebrates the strength and joys of female friendship across generations”.

As we watch the novel jump into the hands of many readers, we are reminded of the author’s final days. “All good things must come to an end. The time that I knew was borrowed must be given back soon, so it seems,” author Emma Hannigan wrote on her Facebook page four weeks before her untimely death from breast cancer.

Before her death, a social media campaign was launched with the hashtag that said #HelpEmmaHelpOthers, urging people to raise €100,000 for Breast Cancer Ireland. The Irish Times notes that “the campaign raised over €135,000 (approx $152,600) within three weeks”. Then, just a few days before her death, Emma Hannigian announced that her thirteenth novel had been completed. As we collect our copies of Hannigan’s final book, we must think of her philosophy, as remembered by her father Philip. “…[L]ook into the past,” Philip Hannigan told the independent, “and try to just remember the good things. If you remember the bad, you end up bitter and sad.”

This is the repetitive dialogue between Vladimir and Estragon in Irish playwright Sameul Beckett’s Waiting for Godot. The story revolves around two men standing by a tree waiting for a character named Godot (the pronunciation is God-oh). While waiting, the duo talks about many absurd issues, arguing and reconciling, and figuring out games to fill in the time. The absence of this unknown being creates an agitated atmosphere.

Since the script was published in 1952, Waiting for Godot has been put on stage ceaselessly. Now, the Garry Hynes-directed production of Waiting for Godot from Ireland’s distinguished Druid Theatre will play Off-Broadway from October 16th to November 18th, in Lincoln Center’s 2018 White Light Festival.

Image via An Grianan Theatre

Garry Hynes co-founded the Druid Theatre Company in Dublin in 1975. She’s worked as the Artistic Director from 1975 to 1991, and from 1995 to present. Her brilliant list of awards includes the Tony Award for Best Direction of a Play for The Beauty Queen of Leenane (1998), the Joe A. Callaway Award for Outstanding Directing for The Cripple of Inishman (2009). She received The Irish Times/ESB Irish Theatre Awards for Best Director for DruidShakespeare, The Beauty Queen of Leenane, and Waiting for Godot, as well as a Special Tribute Award for her contribution to Irish Theatre (2005).

One concern about adapting a classic literary work is that how to surprise the audience? In an interview, Director Hynes said:

You never know how a production is going to be responded to and you certainly never know in a play like this…One of difficulties in actually rehearsing the play was as you were setting it up, you were looking at this iconic images coming to life. One the one hand, I’ve seen this all before, in a hundred other productions or photographs, and yet at the same time you’re trying to own it and make this something that comes out of your own heart. So, to have audiences respond in such a way saying, ‘Wow! I love that’ rather than saying ‘Oh, I’ve seen Waiting for Godot.’ That’s been great.

The crew is amazing:

The frame-like setting attracts me a lot. I’m ready to buy the ticket, review Beckett’s words, and waiting for Garry Hynes’ Waiting for Godot in Lincoln Center! Would you wanna come with me:)?