The late Ian Fleming is best known for creating the James Bond novel series. Writing twelve novels in the series and two short story collections, the series would continue on after his death with new writers as well as the hugely successful 007 film series. How Fleming created Bond, and how his own life mirrored his works, are set to be revealed.

British auctioneering corporation Sotheby’s will be selling more than 160 letters between Ian Fleming and his wife Ann Charteris. These letters shed light on their tumultuous relationship, from its beginnings as an affair while Ann was still married to its bitter end. Intimate details of their marriage include the death of their first child, the sado-masochistic elements of their affair, and the resentment Ian had over Ann’s wealthy upbringing and upper-class status. The letters also reveal some of the inspirations for Fleming’s Bond novels. For example, anxiety over his impending marriage is said to be the reason Fleming wrote the first 007 book, Casino Royale:

It is no coincidence that Ian wrote his first Bond novel in the same year they married, both as an outlet for his libido and imagination, and also in an attempt to make money for a woman who was used to being unthinkingly rich.

The letters will go on sale in December in London.

Sink your tentacles into these 7 books in celebration of NOAA's discovery of a giant squid off the Gulf of Mexico.

END_OF_DOCUMENT_TOKEN_TO_BE_REPLACED

Ian Fleming‘s iconic character of James Bond was known for always traveling with a slick set of wheels—and these wheels belonged to none other than the Aston Martin.

The 1963 DB5 Aston Martin made its first appearance in 1964’s Goldfinger before reappearing the next very next year in Thunderball. Those appearances, and its subsequent reappearances in later Bond films (it has it’s very own Stan Lee-like cameo!) have made the ’63 Aston Martin a staple of cinema. It’s a movie car, with its tricked out with battering rams, retractable bulletproof glass, the ability to produce oil slicks, and an ejector seat.

I’ve always wanted one, and now I have a chance to get one. 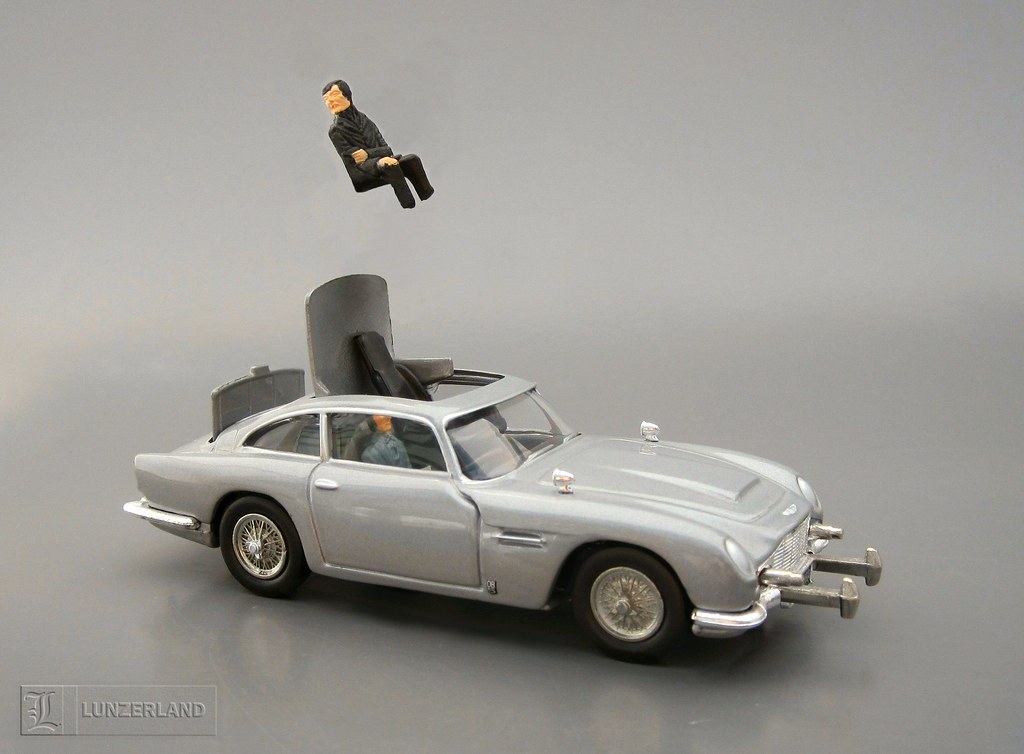 Thankfully, according to Forbes, a replica of the James Bond’s iconic vehicle that includes all those fun gadgets will be available at “[t]he twentieth edition of Bonhams’ annual Aston Martin sale is to be held for the first time at The Wormsley Estate in the Chiltern Hills, about an hour outside of London”.

CNN states that the news first hit us about “[t]en months ago” when “Aston Martin announced it would build a limited number of 1964 Aston Martin DB5s, just like the one Sean Connery, as James Bond, first drove in the movie Goldfinger.”

According to the Guardian, the Aston Martin is tricked out to the extreme. The company made a partnership with Bond film producer, Eon Productions, and got in contact with Chris Corbould, a special effects expert who created many of the effects for the Bond film franchise, in order to create a car as close as humanely possibly to the film’s iconic vehicle.

But it wasn’t easy, since, according to Corbould:

“We have licence in the film world to ‘cheat’ different aspects under controlled conditions. For instance, we might have four different cars to accommodate four different gadgets. We obviously don’t have that luxury on these DB5s as all the gadgets have to work in the same car all the time.” 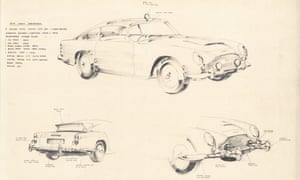 What they’ve come up with though is pretty amazing. Here are some of the features:

-Guns appear from the front lights

-A telephone in the driver’s side door

-A weapons tray hidden under the leather seats.

-The ability to produce oil slicks to foil chasing vehicles.

Unfortunately the car lacks the ejector seat that it’s famous for! 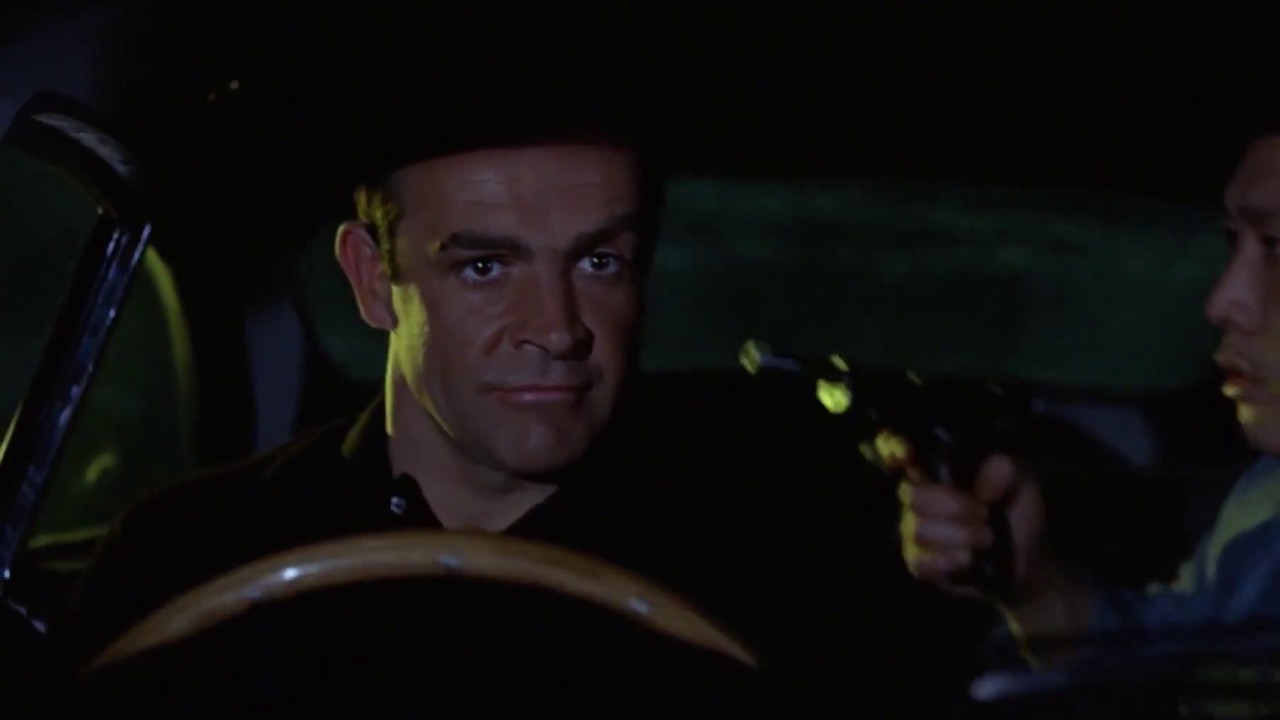 “Can you imagine the challenge of getting the ejector seat past health and safety?”

Twenty-five cars have been made and will be be sold at a price of £2.75 million, which is about $3.5 million.

I know I’m not the only one who has always dreamt of owning this car and, if you give me enough money, then that dream will become a reality.

If there’s one thing you can say about writers, it is that they certainly aren’t afraid to let loose. They are naturally creative and when that creativity meets paper, bizarre lines can spew out of writers’ minds.

Here are eight lines that made readers say, “WTF?”

“I kissed her, a long hard kiss. Because baby didn’t know it, but baby was dead, and in a way I couldn’t have loved her more.”
— Jim Thompson, The Killer Inside Me

“All women love semi-rape. They love to be taken. It was his sweet brutality against my bruised body that made his act of love so piercingly wonderful.”
— Ian Fleming, The Spy Who Loved Me

“And suddenly his cock was out, jutting upward from his breeches like a fat pink mast.”

— George R.R. Martin, A Song of Ice and Fire: A Feast for Crows

“The dragon grinned at her before bringing his nose down and sniffing her cloth-covered pussy. ‘And you are turned on, my pretty.'”

“Sunset found her squatting in the grass, groaning. Every stool was looser than the one before, and smelled fouler. By the time the moon came up she was shitting brown water. The more she drank, the more she shat, but the more she shat, the thirstier she grew.”

— George R.R. Martin, A Song of Ice and Fire: A Dance With Dragons

“I just beheaded and dismembered a sentient creature not twenty yards from you. That doesn’t bother you?”

“An image of her shackled to my bench, peeled gingerroot inserted in her ass so she can’t clench her buttocks,

“There I am, drunk on a spring night, yanking my tampon out and hurling it into a bush outside the church.”

— Lena Dunham, Not That Kind of Girl

Did these lines make you say WTF? Let us know, and tell us which lines you’ve recently read that made you say “WTF.”

Me reading all of these lines | via GIPHY

I can’t think of a more classic action series and franchise than that of James Bond and the 007 films. In my mind, there’s no one who can look quite as sleek and cool as James Bond and his beautiful Bond girl. How did they look so good while fighting off the corrupt villains? Beats me, but the series author Ian Fleming left quite a bit of Bond material behind, and fans want more. Maybe, just maybe, now we’ll get it.

Anthony Horowitz, author of the adrenaline-packed Alex Rider series, received authorization from the Fleming Estate to take on the famous series… with a prequel! Forever and a Day will be the precursor to the 1953 novel Casino Royale

. It’s going to follow Bond’s very first mission, the one that turned him into the iconic figure he is.

According to the Guardian, publisher Jonathan Cape explained that the novel will start with body of a previous agent designated as 007 being found afloat in the waters near Marseilles. His cause of death is unknown; this is where James Bond steps in to take his place:

M laid down his pipe and stared at it tetchily. ‘We have no choice. We’re just going to bring forward this other chap you’ve been preparing. But you didn’t tell me his name.’ ‘It’s Bond, sir,’ the Chief of Staff replied. ‘James Bond.’

Does it get any cooler? This is Horowitz’s second Bond novel, the first being Trigger Mortis: With Original Material by Ian Fleming

, a sort of spin-off, but this one is even more promising. “I couldn’t have been happier when the Ian Fleming estate invited me back to write a second Bond,” says Horowitz. Even Fleming’s nephew is thrilled about the work, saying that it’s “in the best tradition of Ian Fleming.”
After Fleming’s fourteen Bond novels, we have reason to believe this work (which will be out on May 31st) will be a great introduction to how this agent became the legend.

Feature Image Via Den of Geek