END_OF_DOCUMENT_TOKEN_TO_BE_REPLACED

Grey’s Anatomy Katherine Heigl is coming back to the small screen with Netflix’s Firefly Lane. 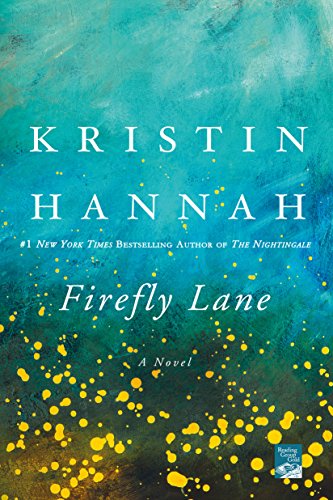 When describing Kristin Hannah’s novel Amazon writes: “In the summer of 1974, Kate Mularkey has accepted her place at the bottom of the eighth-grade social food chain. Then, to her amazement, the “coolest girl in the world” moves in across the street and wants to be her friend.”

Against all odds, they become inseparable friends, and the novel isn’t even in full swing. Spanning three decades, the novel follows the ups and downs of their relation, all culminating into a single betrayal that tears them apart at their core.

Firefly Lane was published March 5th, 2013. Come February 22nd, 2019, Hollywood Reporter wrote that Netflix had ordered ten-episode series based on the novel, marking the third Hannah novel that was/is getting an adaptation.

To note, Hannah’s The Nightingale and The Great Alone are both in production at Sony’s TriStar Pictures with Michelle MacLaren, director/executive producer from Breaking Bad and Better Call Saul set to direct The Nightingale.

Back to Firefly Lane. 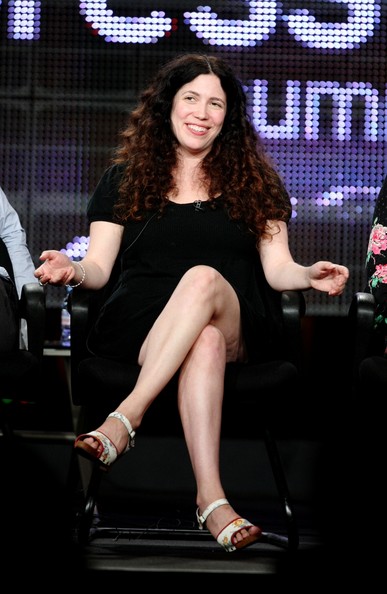 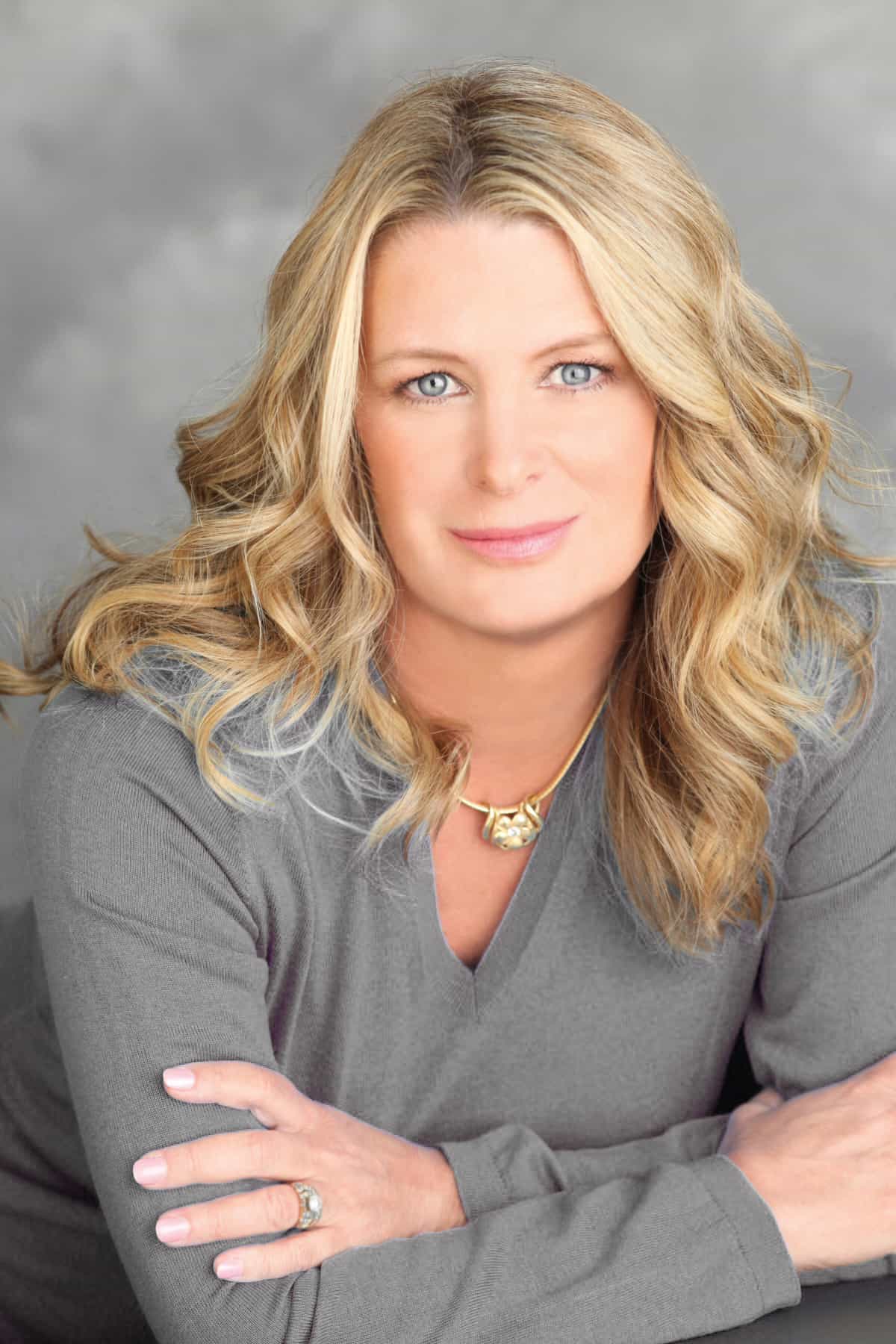 The last executive producer will be Kristin Hannah herself! Now TVLine is reporting that Katherine Heigl will star in the series as Tully Hart, the ‘cool girl’, who is described by her official character description as “dogged by inner loneliness, even as she goes on to fabulous fame and fortune as a journalist and talk show host.”

No word yet on who will play Kate Mularkey. 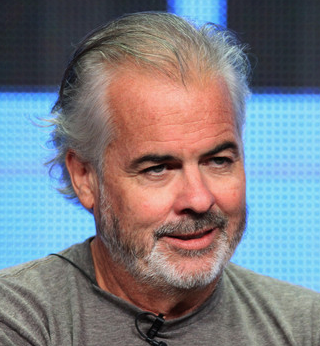 Peter O’Fallon, whose most prolific output as a Director is twenty-four episodes of the TV series Legit, will direct the premiere.

Are you ready? Who will be Kate Mularkey? All these questions and more will be answered when the show airs.

Featured Image Via The Digital Wave

Grey’s Anatomy is one of the best television series ever. Period. Okay, maybe not everyone will share this sentiment, but I for one think the show is spectacular. The series has delivered some of the best dialogue on Earth (conjuring emotion in the most unemotional of us viewers), iconic long-winded romantic speeches, heartfelt declarations of love, and heart-wrenching storylines.

Perhaps the most sensational aspect of the series is the incredibly well-developed and diverse cast of characters that are oh so relatable. From the dark and twisty Meredith Grey, with some serious daddy issues, to the competitive and independent badass of Cristina Yang, Grey’s features characters with whom every viewer can fall in love. The series has also been the home of some of the most iconic romances in the history of TV. From Meredith and Derek, to Lexie and Mark, these fateful relationships gave many hope that their person was out there somewhere.

Until then, if you can’t get enough of Grey’s and are looking for some Grey’s-inspired reads, check out these five books!

Grey’s Anatomy is all about the drama, from relationships, medical storylines, the unexpected, and more. Moriarty certainly brings the drama in Big Little Lies.

A murder…A tragic accident…Or just parents behaving badly? What’s indisputable is that someone is dead.

Madeline is a force to be reckoned with. She’s funny, biting, and passionate; she remembers everything and forgives no one. Celeste is the kind of beautiful woman who makes the world stop and stare but she is paying a price for the illusion of perfection. New to town, single mom Jane is so young that another mother mistakes her for a nanny. She comes with a mysterious past and a sadness beyond her years. These three women are at different crossroads, but they will all wind up in the same shocking place.

Big Little Lies is a brilliant take on ex-husbands and second wives, mothers and daughters, schoolyard scandal, and the little lies that can turn lethal.

Messy love triangles litter the series as nearly every couple find their long-awaited romance threatened by a newcomer, former flame, or trusted acquaintance. Lily King brings complicated love to the page with her novel Euphoria.

National best-selling and award-winning author Lily King’s new novel is the story of three young, gifted anthropologists in the 1930s caught in a passionate love triangle that threatens their bonds, their careers, and, ultimately, their lives.

English anthropologist Andrew Bankson has been alone in the field for several years, studying a tribe on the Sepik River in the Territory of New Guinea with little success. Increasingly frustrated and isolated by his research, Bankson is on the verge of suicide when he encounters the famous and controversial Nell Stone and her wry, mercurial Australian husband Fen. Bankson is enthralled by the magnetic couple whose eager attentions pull him back from the brink of despair.

Nell and Fen have their own reasons for befriending Bankson. Emotionally and physically raw from studying the bloodthirsty Mumbanyo tribe, the couple is hungry for a new discovery. But when Bankson leads them to the artistic, female-dominated Tam, he ignites an intellectual and emotional firestorm between the three of them that burns out of anyone’s control. Ultimately, their groundbreaking work will make history, but not without sacrifice.

Inspired by events in the life of revolutionary anthropologist Margaret Mead, Euphoria is a captivating story of desire, possession and discovery from one of our finest contemporary novelists.

3. Living The Dream by Lauren Berry

The friendship between Meredith Grey and Cristina Yang made every viewer yearn to find their person, the one individual who would accept them no matter what, be there for them at the drop of a hat, and support them in every way imaginable all the while calling out their B.S. when needed. While making us insanely jealous, the duo pulled at our heartstrings and delivered the humor we desperately needed. Lauren Berry dives into a similar journey of friendship in her novel Living The Dream.

A cheeky, charming debut about twentysomething best friends in London navigating their careers and love lives past post-collegiate turmoil and into adulthood with lots of pints along the way

Emma is a rising star at the marketing firm she works at as a “creative,” but would have trouble describing what exactly it is she does all day. She pours most of her actual creative energy into a popular blog that all of her friends agree is brilliant, but she has yet to make a cent on it. Clem is a massively talented screenwriter just back from New York, where she picked up a fancy graduate degree in film. But until she convinces an agent to take on her masterpiece script, she’s stuck hostessing at the bar she frequented as an undergrad, and the only calls she’s getting are about bills past due and overdrawn bank accounts.

In their ironclad friendship both girls find a reliable break from the post-collegiate absurdities and indignities that seem to abound in life right at the moment they feel they should finally be getting it all together.

With a rotating cast of lovably insufferable friends, from Emma’s fabulous DJ and ladies’ man roommate to Clem’s painfully ordinary and predictable childhood chum, the girls wind their way through the twists and turns of aging parents and terrible bosses and regrettable one night stands, unforeseen setbacks and blessings that present as anything but, and remind each other that while their ships might not have come in yet, the after work drinks are cold and the company can’t be beat.

4. The Immortal Life of Henrietta Lacks by Rebecca Skloot

From the shocking medical cases we witnessed to the personal emergencies our beloved characters endured (from a plane crash to a hospital shooting), audiences were left emotionally wrought. At the heart of it, though, are the medical oddities. Rebecca Skloot brings the medical intrigue and drama in her book, which questions ethical medicine, patient care, and other related issues that are showcased in Grey’s.

Her name was Henrietta Lacks, but scientists know her as HeLa. She was a poor Southern tobacco farmer who worked the same land as her slave ancestors, yet her cells—taken without her knowledge—became one of the most important tools in medicine. The first “immortal” human cells grown in culture, they are still alive today, though she has been dead for more than sixty years. If you could pile all HeLa cells ever grown onto a scale, they’d weigh more than 50 million metric tons—as much as a hundred Empire State Buildings. HeLa cells were vital for developing the polio vaccine; uncovered secrets of cancer, viruses, and the atom bomb’s effects; helped lead to important advances like in vitro fertilization, cloning, and gene mapping; and have been bought and sold by the billions.

Henrietta’s family did not learn of her “immortality” until more than twenty years after her death, when scientists investigating HeLa began using her husband and children in research without informed consent. And though the cells had launched a multimillion-dollar industry that sells human biological materials, her family never saw any of the profits. As Rebecca Skloot so brilliantly shows, the story of the Lacks family—past and present—is inextricably connected to the dark history of experimentation on African Americans, the birth of bioethics, and the legal battles over whether we control the stuff we are made of.

Intimate in feeling, astonishing in scope, and impossible to put down, The Immortal Life of Henrietta Lacks captures the beauty and drama of scientific discovery, as well as its human consequences.

5. The Glass Castle: A Memoir by Jeanette Walls

The characters in Grey’s Anatomy are stuck in a web of dysfunctional family relations. Throughout the last fourteen seasons, our series lead, Meredith Grey, has struggled substantially to overcome her dysfunctional childhood and her issues with her absent father and cold workaholic mother. Family dysfunction is at the forefront in Jeanette Walls’ bestselling memoir The Glass Castle.

The perennially bestselling, extraordinary, one-of-a-kind, “nothing short of spectacular” (Entertainment Weekly) memoir from one of the world’s most gifted storytellers.

The Glass Castle is a remarkable memoir of resilience and redemption, and a revelatory look into a family at once deeply dysfunctional and uniquely vibrant. When sober, Jeannette’s brilliant and charismatic father captured his children’s imagination, teaching them physics, geology, and how to embrace life fearlessly. But when he drank, he was dishonest and destructive. Her mother was a free spirit who abhorred the idea of domesticity and didn’t want the responsibility of raising a family.

The Walls children learned to take care of themselves. They fed, clothed, and protected one another, and eventually found their way to New York. Their parents followed them, choosing to be homeless even as their children prospered.

The Glass Castle is truly astonishing—a memoir permeated by the intense love of a peculiar but loyal family.

Make sure you bring the tissues with you while you read and check out Grey’s Anatomy when it returns January 18th on ABC!