It's National Letter Writing Day, and what better way to celebrate than to reminiscence in some of our favorite authors own letters?

END_OF_DOCUMENT_TOKEN_TO_BE_REPLACED

This Friday will see the launch of the new streaming service Apple TV+, an extension for the Apple TV app that allows you to stream movies and television shows either by purchasing them from Apple or watching them through other streaming services through cable providers. Apple TV+ will feature original program produced by Apple, both scripted and unscripted.

One of those scripted series launching with the service is Dickinson, a period comedy based on the life of American poet Emily Dickinson. Hailee Steinfeld plays Dickinson, with Jane Krakowski and John Mulaney also starring. Even Wiz Khalifa makes an appearance as Death, a favorite topic of Dickinson’s work.

With three episodes given to critics for review, reactions to the series have surfaced online, with the consensus being that the show isn’t for everyone, but there is still much to enjoy.

On the positive side, most critics praised the lighthearted tone of the story and Steinfeld’s performance, believing that the series has room to grow.

However, some felt that the show doesn’t honor Dickinson’s legacy enough and seems to focus more on teen drama, with some even saying it belongs on The CW. 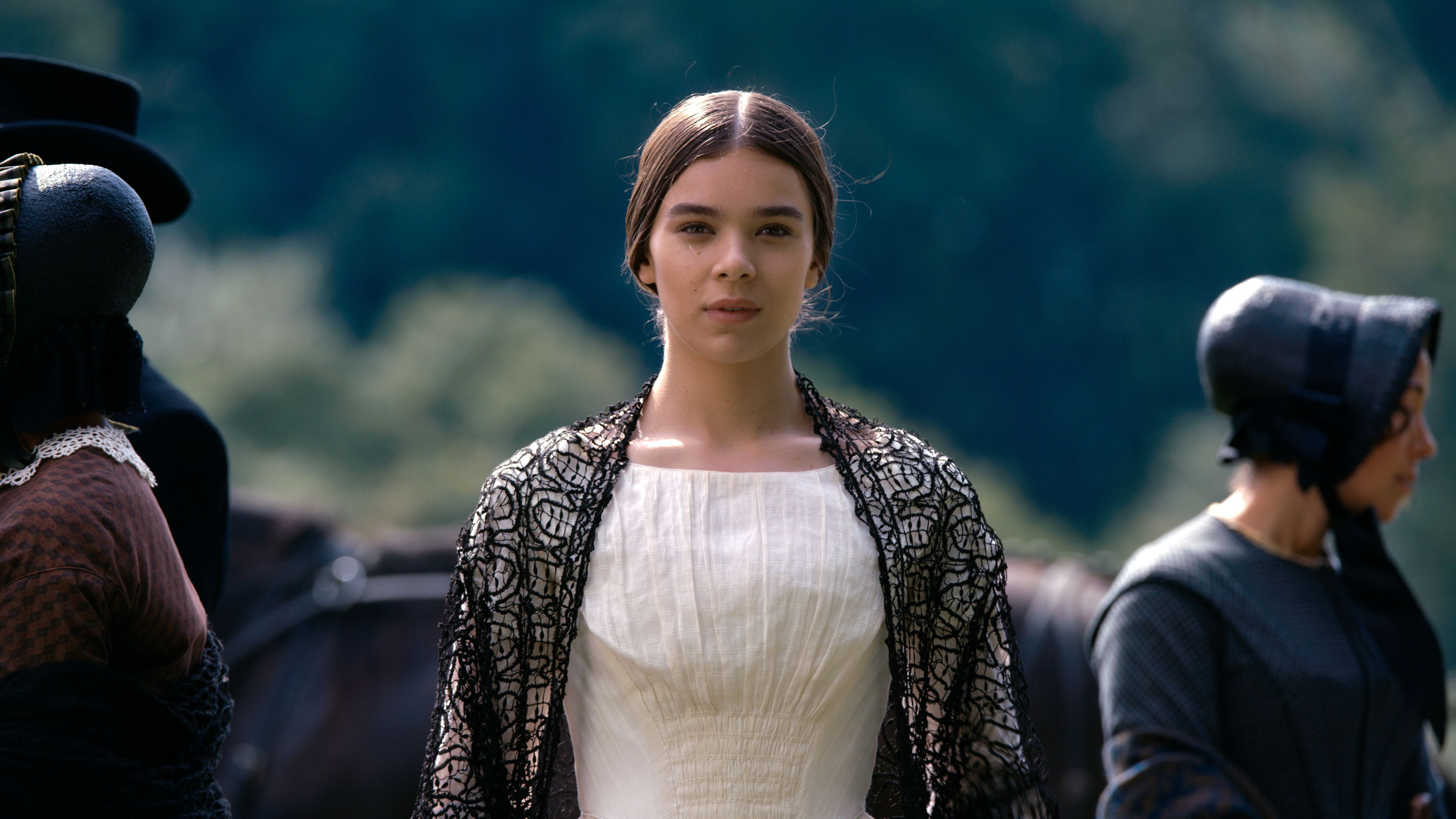 The show currently has a positive score on Rotten Tomatoes at 88% and has been renewed for a second season.

Will you catch Dickinson on Apple TV+?

On Monday, Apple released the first trailer for its original series about the life of famous poet Emily Dickinson. The coming-of-age story set in 19th-century America starring Hailee Steinfeld “will explore the constraints of society, gender and family from the perspective of the young poet.”

“I have one purpose,” Steinfeld says in the new trailer, “and that is to become a great writer.” Apple’s series reimagines Dickinson as a rebellious, party-girl type with aspirations of literary fame and fortune. The trailer takes a light-hearted tone that’s much different from the kind of atmosphere much of Dickinson’s poems create. Seeing her dance and strut across the screen, one struggles to imagine Steinfeld’s character penning the lines “I heard a Fly buzz – when I died – “ in the same way Dickinson did. It seems the creator of Dickinson might be taking a lot of creative liberties in portraying a poet known for her tendency to isolate herself from the world.

Still, this fresh take on one of America’s greatest poets is exciting! Jane Krakowski, famous for her comedic performance as Jenna Maroney on 30 Rock, joins the cast alongside Steinfeld in this modernized take on Dickinson’s life. Image via the wrap

Toby Huss, Anna Baryshnikov, Ella Hunt and Adrian Blake Enscoe round out the cast. With such a solid lineup, Dickinson has the potential to be really great!

The show was created, produced, and written by Alena Smith (The Affair, The Newsroom), so Dickinson fans will have to see just what she has in store! Filming concluded in March, and the new series will likely debut later this year on Apple’s new video subscription service. Are you excited about this modern take on a 19th-century favorite? Let us know on Instagram and Facebook after you check out the trailer!

Featured images via IMDb and the Emily Dickinson Museum

It's November 22nd, which means until December 21st, it's Sagittarius season. Just in time, here are the best picks from Sag authors across different genres.

END_OF_DOCUMENT_TOKEN_TO_BE_REPLACED

It looks like this 1830s poet is getting her own modern TV comedy show! Apple has given a straight-to-series order for the Massachusetts poet known as Emily Dickinson.

) in her first-ever title role as Emily Dickinson. The show is written and executive-produced by Alena Smith and will be a comedic look into Dickinson’s life. It will explore the limitations of society, family and gender in the 19th century from the view of a poet who doesn’t fit into her own time period.

The comedy is set in the 1800s but with more of a modern sensibility and tone and will follow a coming-of-age story about young woman’s fight to have her voice heard. David Gordon Green (Stronger

Other shows from Apple include a series produced by Reese Witherspoon based off Curtis Sittenfield’s short story collection, You Think It, I’ll Say It

There is no release date for Dickinson but hopefully, when the show is released it could possibly shed a new light on the enigmatic and reclusive poet.