As the second season of this beloved manga starts streaming, fans have noticed some key details missing from its plot.

END_OF_DOCUMENT_TOKEN_TO_BE_REPLACED

Who doesn't know the Sleeping Beauty story? It's intriguing and dark and terrifying all at the same time.

END_OF_DOCUMENT_TOKEN_TO_BE_REPLACED

Welcome back, book lovers! These are some scary times, with what seems like every major city taking drastic steps to limit the spread of a certain novel virus. Take some time out from the panic and take a look at our Three to Read. After all, with schools closing and people working from home, the books on our TBR lists finally have a shot at getting read! Settle down, brew a tea, and let’s get into it. 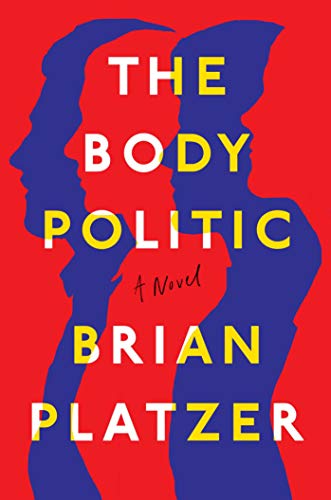 New York City is still regaining its balance in the years following 9/11, when four twenty-somethings—Tess, Tazio, David, and Angelica—meet in a bar, each yearning for something: connection, recognition, a place in the world, a cause to believe in. Nearly fifteen years later, as their city recalibrates in the wake of the 2016 election, their bond has endured—but almost everything else has changed.

As freshmen at Cooper Union, Tess and Tazio were the ambitious, talented future of the art world—but by thirty-six, Tess is married to David, the mother of two young boys, and working as an understudy on Broadway. Kind and steady, David is everything Tess lacked in her own childhood—but a recent freak accident has left him with befuddling symptoms, and she’s still adjusting to her new role as caretaker.

Meanwhile, Tazio—who once had a knack for earning the kind of attention that Cooper Union students long for—has left the art world for a career in creative branding and politics. But in December 2016, fresh off the astonishing loss of his candidate, Tazio is adrift, and not even his gorgeous and accomplished fiancée, Angelica, seems able to get through to him. With tensions rising on the national stage, the four friends are forced to face the reality of their shared histories, especially a long-ago betrayal that has shaped every aspect of their friendship.

With the backdrop of societal uncertainty and political tyranny, this novel switches point of view periodically, introducing us to the inner workings of both the mind and human relationships. The novel has been praised for how it honestly – and brutally – hones in on the American political climate, which is particularly relevant in light of this year’s presidential race. It captures exactly how people felt during the trying times following two major events in history. The novel shows us just how linked our physical and emotional selves are to our political body. It is as insightful as it is truthful, and likely to resonate with a lot of readers, American or otherwise.

“Brian Platzer has done something marvelous — transmuted the queasy early years of the Trump presidency into a novel that’s a delight to read. The Body Politic is a book about many things — what it means to be unwell, what it means to heal, how deep and strange friendships can be, and how hidden things never stay hidden for long. I was grateful for its engaging, empathetic company during these fractious times.” —Rachel Monroe, author of Savage Appetites 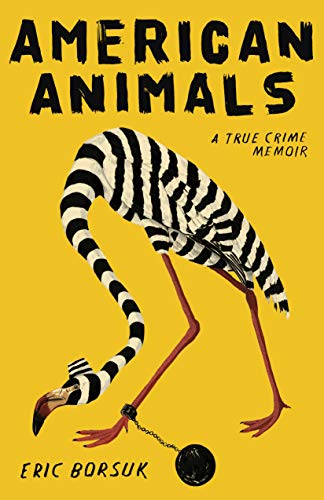 American Animals is a coming-of-age crime memoir centered around three childhood friends: Warren, Spencer, and Eric. Disillusioned with freshman year of college, and determined to escape from their mundane Middle-American existences, the three hatch a plan to steal millions of dollars’ worth of artwork and rare manuscripts from a university museum. The story that unfolds is a gripping adventure of teenage rebellion, from page-turning meetings with black-market art dealers in Amsterdam, to the opulent galleries of Christie’s auction house in Rockefeller Center. American Animals ushers the reader along a gut-wrenching ride of adolescent self-destruction, providing a front-row seat to the inception, planning, and execution of the heist, while offering a rare glimpse into the evolution of a crime—all narrated by one of the perpetrators in a darkly comic, action-packed, true-crime caper.

This memoir is fascinating, largely due to its completely true story. Little imagination is needed to see the story, when you can watch the film of the same name, and digest the media coverage of the case itself. American Animals takes the age-old story of young rebellion and a search for more, and turns it on its head. Borsuk’s writing is darkly comedic and bizarre, sure to keep you hooked. Plus, the novel rings in at a concise 147 pages, making it quickly digestible. You’ll be racing to the end.

“American Animals is a book unlike any I’ve ever read. The twist and turns and audacity can lend themselves to incredulity, but at the heart of this book is a humanness that even those shaking their heads the most will have to recognize. Eric Borsuk’s work here is as daring as any heist.”– Jared Yates Sexton, author of The People Are Going To Rise Like The Waters Upon Your Shore: A Story of American Rage.

you let me in 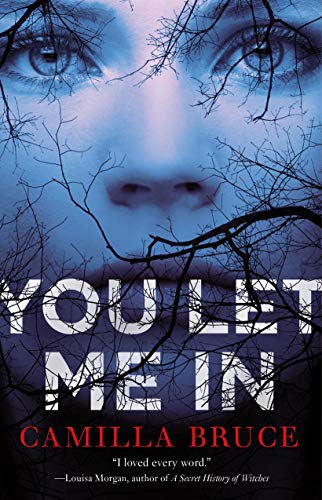 Cassandra Tipp is dead…or is she?

After all, the notorious recluse and eccentric bestselling novelist has always been prone to flights of fancy—everyone in town remembers the shocking events leading up to Cassie’s infamous trial (she may have been acquitted, but the insanity defense only stretches so far).

Cassandra Tipp has left behind no body—just her massive fortune, and one final manuscript.

Then again, there are enough bodies in her past—her husband Tommy Tipp, whose mysterious disembowelment has never been solved, and a few years later, the shocking murder-suicide of her father and brother.

Cassandra Tipp will tell you a story—but it will come with a terrible price. What really happened, out there in the woods—and who has Cassie been protecting all along? Read on, if you dare…

This novel is a genre-bending mix of fairytale/folklore and mystery. It is frightening and thrilling all at once. Perfect for fans of Shirley Jackson, the story is unsettling and, at times, horrifying. It is a dark family drama that just so happens to have its fair share of evil faeries. You’ll be left guessing throughout the novel, making up your own assumptions, just to have them dashed at the next turn. The story is fast-paced and the fantasy elements set it apart from many other novels under the dark mystery umbrella. One thing is for sure, this is no bedtime story.

“You Let Me In is a bewitching, beguiling, and deeply unsettling tale of one woman’s strange life. It will ensnare you from page one and keep you riveted until the end.” ―Caitlin Starling, author of The Luminous Dead.

all images via amazon, bookstr

Lost Girls: An Unsolved American Mystery, a novel by author Robert Kolker, is a dark and intense true-crime story about a woman named Mari. She is a mother who is determined to search for her missing daughter when others seemed to have given up on the case. The case involves sex workers who have gone missing. This film will bring to light many problems faced by sex workers and will hopefully result in more justice for the women involved. Especially when it has been kept in the dark and forgotten about for far too long. Lost Girls stars Amy Ryan, who plays Mari, the mother who is in search of her daughter. Other stars in the film include Miriam Shor, Oona Laurence, and Lola Kirke. The cast came together for a panel discussion about the film on Monday the 27th.  The cast hopes that this film will be impactful. They want more justice for women like Mari, who unfortunately passed away in 2016. Before Mari’s passing, she helped director Liz Garbus on the movie.

Hopefully this film will shine a light on this issue and inspire women to fight for their own justice. The film premiered this past Tuesday the 28th at the Sundance Film Festival.