Doctor Strange is getting a new, possibly more comic-faithful, costume for his new film.

END_OF_DOCUMENT_TOKEN_TO_BE_REPLACED

Here's some much needed inspiration to get us excited about costumes and actually having something to look forward to come Oct. 31.

END_OF_DOCUMENT_TOKEN_TO_BE_REPLACED

I don’t know about you but I fall in the broke category when it comes to this Halloween’s festivities. If you are flat broke or just refuse to spend the ridiculous amount of money costumes cost, here’s a few easy costumes based off of famous literary characters.

#1 Any Hogwarts student ever

Whether you are a Gryffindor, Slytherin, Ravenclaw or Hufflepuff all you need for this costume is the black robe of any kind. To let everyone know what house you belong to, accessorize with your house’s colors and if you have any piece of Harry Potter merchandise you are good to go. An all-black ensemble would be preferred or literally anything dark out of your closet and some pale makeup and contacts if you have them. And if you want to be Bella Swan, from Twilight just put a blank stare on your face. Take a white sheet and cut eye holes into it or cut a bunch of holes if you are going for a Charlie Brown look. Again any dark clothing will do. Makeup, tights or leggings, grab your broom and wear a fabulous attitude. Image Via Make A Meme

For the many Disney fans out there who want to be literally anyone from the Disney canon and can’t afford a costume Disney bounding is great option. All you have to do is raid your closet and find the color scheme and small pieces to be whatever character you want. All of these are fun and affordable to do. And hey with all the money you saved you can spend it on the real reason for Halloween⁠—candy!

It can be tempting to pick a costume based on one of your favorite characters, or a costume that really amps up the sex appeal. In order to save you from some spooky strife this season, here are some of literary characters you definitely should NOT dress up as this Halloween. I had never heard of Yandy before I began compiling this list, but they seem to specialize in the sexualization of characters no one wanted to see in a sexual context. They also seem to only have one model. Get acquainted with her, she’s in a lot of these. One of the many themes in A Clockwork Orange is the overexposure to pornography and sexual violence in our society. I’m not sure that Anthony Burgess would really appreciate this version of his iconic anti-hero.

Also, Alex is 15. In the movie adaptation he appears to be closer to 20, but the age discrepancy still seems worth mentioning. I don’t need to explain why this one is problematic. You get it.

5. Hannibal Lector (Silence of the Lambs) Yandy strikes again. If the lambs had stopped screaming, I think they’d start up again after seeing this. Considering that this Pippi is much less sexually charged than many of the ‘child character gone adult’ costumes, I think the most egregious thing about this particular outfit are the heels. Very bold to pair your office pumps with your Raggedy Ann dress.

7. The Grinch (How The grinch Stole Christmas)

This one is barely even a costume. It’s just green. You could switch that Grinch hat out for a Shrek hat and no one notice the difference.

Plus, there doesn’t need to be a sexy version of the Grinch, he’s already sexy enough…

Today, families in England, Ireland, and Wales are celebrating World Book Day (which, ironically, is not a worldwide holiday). Young readers are dressing up as their favorite characters from a delightful variety of children’s books, sharing, spreading, and thoroughly enjoying a love of reading!

Take a look at the best costumes from all over the web:

From the picture book Jampires, written by David O’Connel and illustrated by Sarah McIntyre.

Based on the beloved children’s book The Very Hungry Caterpillar written by Eric Carle.

From the book Peter Pan by J. M. Barrie and also the novel series Harry Potter by J. K. Rowling.

4. ABBY AS A SCARY CUTE ASLAN

From the book series The Lion, The Witch, And The Wardrobe, written by C. S. Lewis.

From the children’s book Fing written by David Walliams and illustrated by Tony Ross.

From the book The Demon Dentist, written by David Walliams and illustrated by Tony Ross.

A post shared by HarperCollins Children's Books (@harpercollinsch) on Mar 7, 2019 at 1:45am PST

7. Little Cindy Lou Who, ready for another holiday!

From the children’s book How The Grinch Stole Christmas by Dr. Seuss.

8. Looks like this Pinocchio has been telling some lies.

From the classic book Pinocchio written by Carlo Collodi and illustrated by Scott McKowen.

From the book The Christmasaurus written by Tom Fletcher and illustrated by Shane Devries.

Big thanks to Anna Wrixon for sharing her amazing "Christmasaurus" costume she made with her 8-year-old for World Book day!#Wintercroft #WorldBookDay #Christmasaurus #TomFletcher #Costume #DragonMask #PaperCraft #KidsActivity #2019 pic.twitter.com/uuJnTuU17A

And last but not least…

Based off the old fairy tale Jack and the Beanstalk.

Now this is parenting done right! 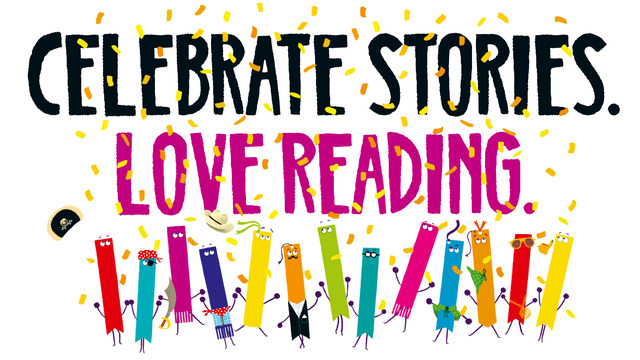