A permanent rainbow plaque dedicated to Irish author and playwright Oscar Wilde was unveiled at Clapham Junction earlier this week to condemn hate crimes like the one that Oscar Wilde experienced in that spot. 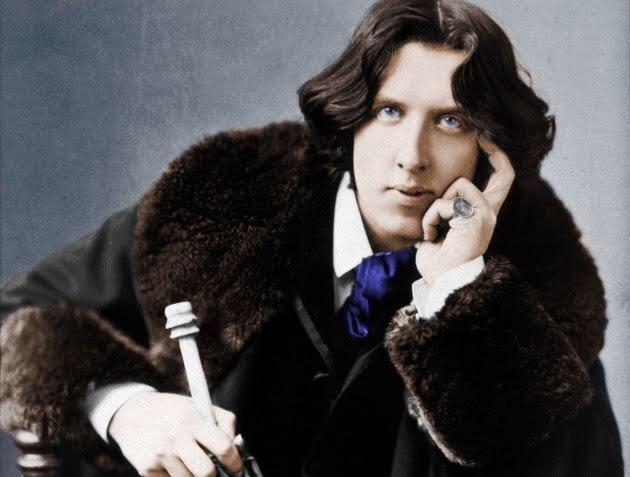 Wilde was a prolific writer in the late 1800s who, today, is best known for his novel The Picture of Dorian Gray. Unfortunately, he was prosecuted for criminal libel. While the charges were dropped, it was discovered he had been in a relationship with a man and thus, he was tried and convicted for “gross indecency”, ultimately serving hard labor, the maximum penalty, from 1895 to 1897.

After his release, he wrote his last work The Ballad of Reading Gaol before dying destitute in Paris at the age of forty-six.

Recently, a plaque was set up at the Clapham Junction that, at the bottom, states:

Wilde was forced to stand, handcuffed and in convict dress, on the ‘centre platform’ whilst being transported to Reading Gaol. He was soon recognized and became the object of jeering, spitting and abuse as the crowd gathered around him

It goes on to describe how Wilde cried each subsequent year around the time of this attack. 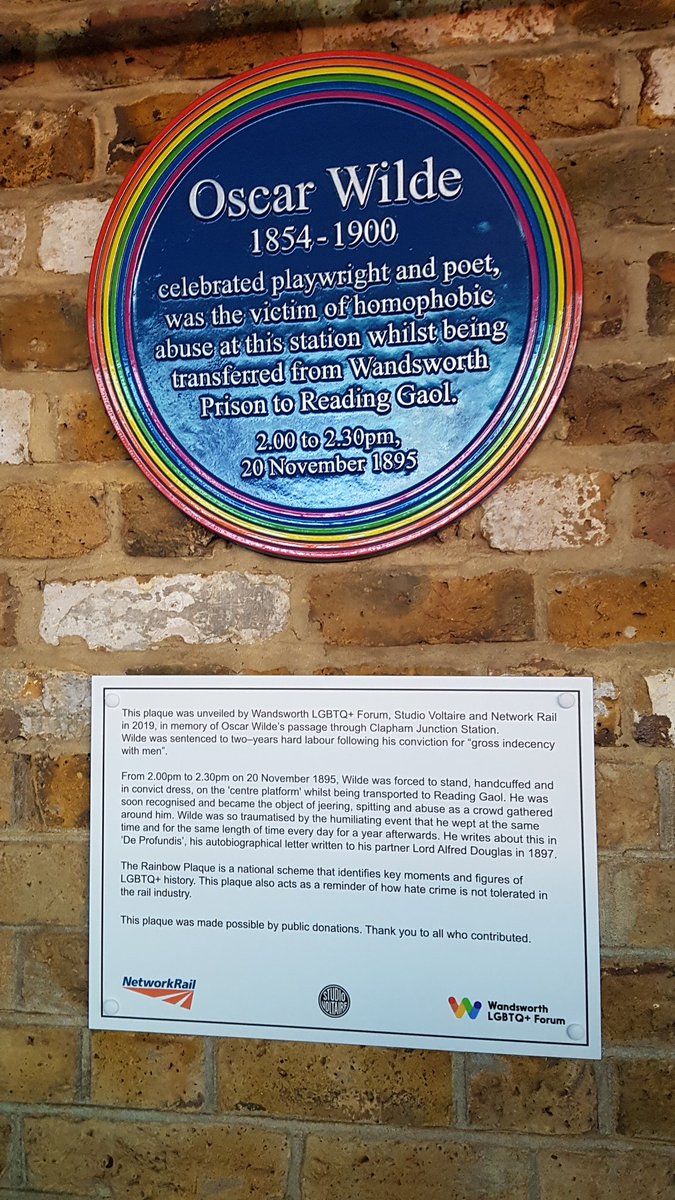 The plaque is not just intended to commemorate Oscar Wilde’s unjust conviction, and cruel treatment, but also, in the words of David Robson, chairman of Wandsworth LGBTQ+, the plaque is “an opportunity to reflect on how far the LGBTQ+ movement has come and honour those who have suffered“.

The plaque was part of a combined project by Wandsworth LGBTQ+ Forum and Studio Voltaire.

Notably, Robson also stated “I hope we begin to see Rainbow Plaques popping up all over the country as a result.”