Thousands of students from the U.S. and the Dominican Republic are building their own libraries thanks to UChicago's 'My Very Own Library' literacy program.

END_OF_DOCUMENT_TOKEN_TO_BE_REPLACED

The sight of hundreds of classic novels in a dumpster enraged North Side Chicago residents on Monday. The books were lightly used.

END_OF_DOCUMENT_TOKEN_TO_BE_REPLACED

Winter is here, we know this because it’s really cold…and also, everyone everywhere is talking about Game of Thrones. It has roughly been 519 days since the last episode of HBO’s cultural phenomenon, based on George R.R Martin’s epic series of fantasy novels, A Song of Ice and Fire, aired. We still have to wait another torturous 76 days to see everyone’s favorite incestuous couple arrive at Winterfell. Sansa will be pissed, The Three-Eyed Raven/Bran will be stoic, and Arya will probably hug Jon while we all cry. We’re invested in the fate of Westeros in the unhealthiest of ways, and we DO NOT CARE. 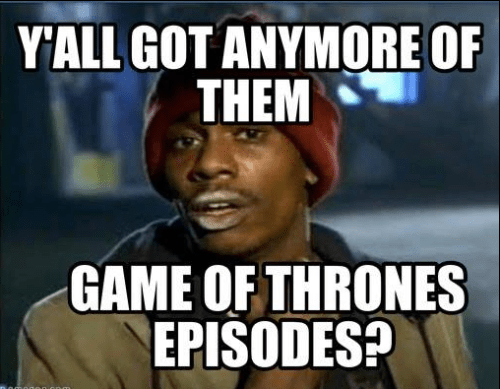 Some of us will remember the night Jon Snow marched on Winterfell with an army of wildlings in an attempt to take back his home and save his flat-footed brother from resident sleaze ball Ramsey Bolton=The Battle of The Bastards. This battle took place on the same night Lebron James’ Cavaliers faced off against the Golden State Warriors in game seven of the 2016 NBA finals. Some of us were torn between two watch parties, perhaps more than two depending upon one’s likability. It was a night plagued by conflict; two narratives, similar in scope, dissimilar in emotional resonance.

For those of us who bid their companions farewell by simply reminding them of how dark and full of terrors the night is, the decision was easy: make new friends, basketball doesn’t matter. It is with this kind of devotion to George R.R. Martin’s creation that we “patiently” await the return of our favorite show. As April 14th draws nearer, the people of Chicago await GoT’s return with the help of a very particular vice…

Replay Lincoln Park, an arcade bar in Chicago will host a GoT pop-up beginning on February 1st. The experience is being referenced to as “Winter 2019,” and will feature a variety of Westerosi feels. In addition to the expected White Walker and Iron Throne references, the pop up will also include Ommegang Brewery’s Game of Thrones beers, such as Arbor Gold and Fire & Blood. There will also be a bunch of wine, Dothraki cocktails and a dwarf who drinks whilst knowing things. Hardcore fans can purchase a VIP ticket for 20$ that will include souvenir like things yadda yadda but most importantly—priority access to the bar. Replay Lincoln Park will also be hosting other GoT themed events over the course of next month, such as a Red Wedding feast, jousting tournament and a GoT trivia night every Thursday until March 1st. 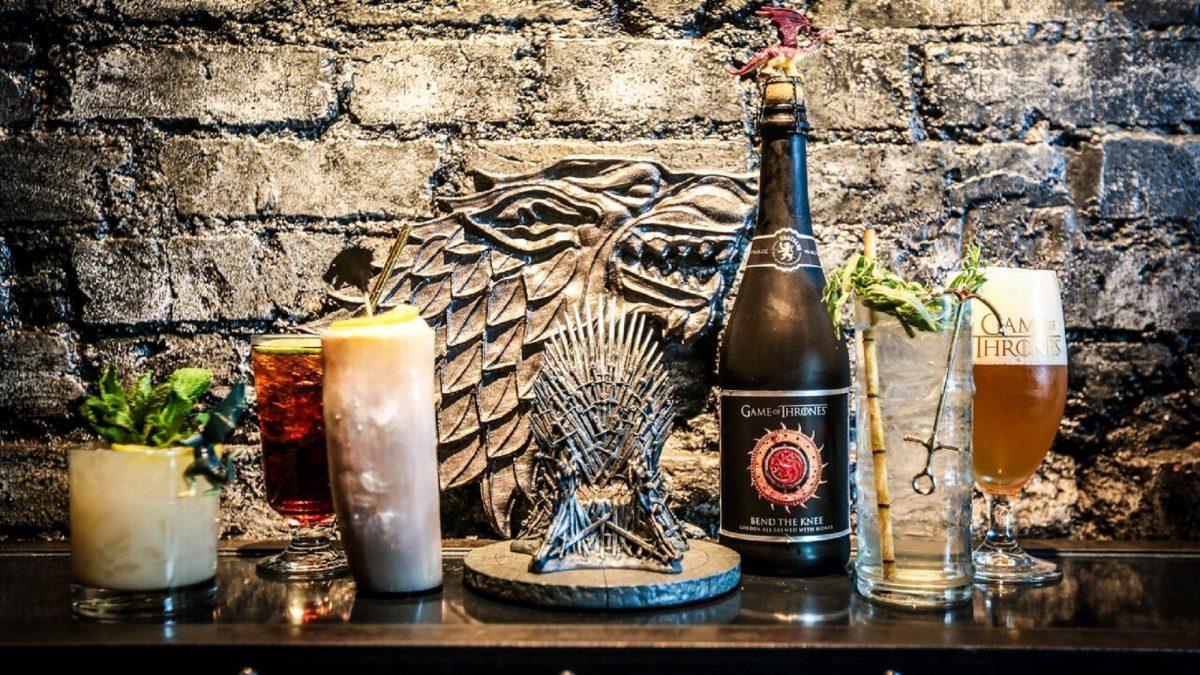 Until April 14th, we will all just have to go to places like Chicago to get our GoT fix. When that fateful day arrives, people are going to watch the final season in various different ways; I for one have ordered myself an exact replica of Longclaw and will sit with it in front of my television while the end unfolds. The men and women of the Burlington Bar, another bar in Chicago, will continue their boisterous watch parties for all the world to see…

Look at those wonderful souls.

P.S. According to Oddsshark, Vegas odds have Bran taking the Iron Throne. Nah, Gendry for sure.