September 9th is National Teddy Bear Day and we're celebrating it by highlighting some of our favorite bears from over the years. Click to read up on five famous bears in literature and television!

END_OF_DOCUMENT_TOKEN_TO_BE_REPLACED

In honor of 60 years of the Dr Seuss classic, here are some green eggs and ham recipes that actually look edible. (@SamIAm will you eat them now?)

END_OF_DOCUMENT_TOKEN_TO_BE_REPLACED

Sorry, didn’t mean to get that stuck in your head. But its a good introduction to what was doubtlessly a massive childhood memory for us: Winnie the Pooh. The silly old bear has made quite the impact on children across the world, universally beloved by young and old alike. Although Winnie the Pooh’s books have been overshadowed by the Disney adaptations, they’re still lovely and cherished by millions for their warmth and simplistic yet surprisingly complicated philosophical musings. First published on October 14th, 1926, the children’s book introduced the world to Winnie the Pooh and his colorful cast of companions: Piglet, Eyeore, Kanga and Roo, Owl, and Rabbit. Tigger is the sole exception, not being introduced until the book’s sequel, The House at Pooh Corner. The book was written by A.A. Milne, who drew inspiration for the character from his son, Christopher Robin, who was also put into the books more or less as himself. Winnie the Pooh was named after Christopher’s toy bear, who was named ‘Winnie’ for the Canadian black bear he saw at the London zoo and ‘Pooh’ a swan the family had met while on holiday. On the character’s name, the author was quoted as saying:

But his arms were so stiff … they stayed up straight in the air for more than a week, and whenever a fly came and settled on his nose he had to blow it off. And I think – but I am not sure – that that is why he is always called Pooh. Winnie the Pooh became a bestselling phenomenon upon release, with its sequel following its publication shortly after. It has been translated into dozens of languages, including Latin (the Latin translation made the New York Times bestseller’s list). The rights were licensed by Disney in the 60s, where Winnie the Pooh and his cast were featured in several cartoon features by Disney, before Disney acquired full rights from Milne’s estate in 2001.

In the stories, Pooh is characterized as being a bear of very little brain, being often slow witted but also thoughtful, kind, and steadfast to his friends. Overall, his main motivation is often honey, which he spells as ‘hunny’. Overall, he is kindhearted and very loyal to his friends, even the perpetually grumpy Eyeore. Happy birthday to our favorite bear, with the publication of his very first book. What fond memories do you have of the bear of little brain and his friends? Tell us in the comments and maybe you can help introduce Pooh to the next generation as well!

He-Man and The Masters of the Universe is one of the quintessential children’s cartoons of the eighties. Alongside Thundercats, Transformers, Teenage Ninja Mutant Turtles, and G.I. Joe, the science fiction fantasy action series is one of the cornerstones of the era. It remains an iconic property today, with a live action movie made in 1987 and a brief 2002 series reboot on Cartoon Network.

Unfortunately, none of these achieved the popularity of the original and He-Man is likely best known today for its spinoff series, She-Ra, which received its own Netflix reboot to much critical acclaim. He-Man himself seemed to be doomed to languish in nostalgia…until now! Like those other show, the original He-Man series began as a toy line, accompanied with short comics to showcase the lore and story behind the action figures.

He-Man hails for the world of Eternia, a world where fantasy elements and science fiction weaponry exist side by side. He-Man’s adventures chronicle his battle with Skeletor, an evil sorcerer who wants to seize He-Man’s base, Castle Grayskull, for himself and pillage its hidden treasures. 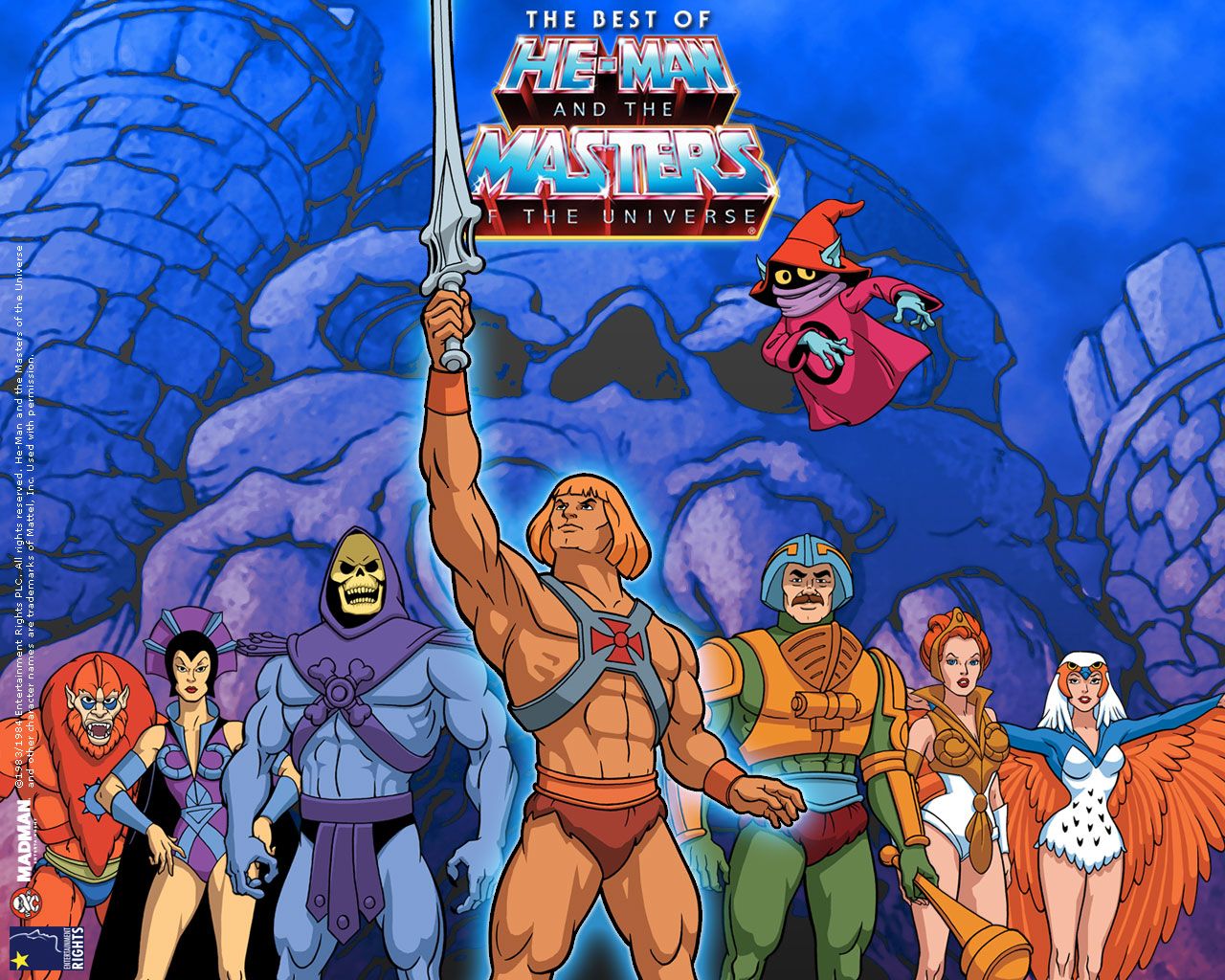 A cartoon soon followed, tweaking He-Man a bit and giving him the secret identity of Prince Adam, who posed as a weakling. When He-Man held aloft his mighty sword, the Power Sword, he would transform into the mighty He-Man. Alongside the Masters of the Universe, He-Man battled Skeletor and his evil warriors, becoming a hero to children the world over for several years until the toy line’s waning popularity eventually lead to its cancellation.

The war for Eternia begins again! Superstar director Kevin Smith continues the original series’ story right where it left off in Masters of the Universe: Revelation, a new series telling the epic tale of what may be He-Man and Skeletor’s final battle. pic.twitter.com/41rOXjZLtO

But in a surprise announcement, Netflix said via Twitter that a new cartoon would be coming to Netflix, with none other than cult filmmaker Kevin Smith take the reins as show runner! The new show is known as He-Man and the Masters of the Universe: Revelation.

Kevin Smith said this in a statement:

“I’m Eternia-ly grateful to Mattel TV and Netflix for entrusting me with not only the secrets of Grayskull, but also their entire Universe. In Revelation, we pick up right where the classic era left off to tell an epic tale of what may be the final battle between He-Man and Skeletor! This is the Masters of the Universe story you always wanted to see as a kid!” Image via He-Man and the Masters of the Universe wiki

Carnival Row writer and Smith’s podcast partner Marc Bernardin will also team up with Smith — along with Eric Carrasco (Supergirl), Tim Sheridan (Reign of the Supermen), Diya Mishra (Magic the Gathering) are part of the dream team alongside Smith. Netflix tweeted out an official plot synopsis as well:

“The war for Eternia begins again! Superstar director Kevin Smith continues the original series’ story right where it left off in Masters of the Universe: Revelation, a new series telling the epic tale of what may be He-Man and Skeletor’s final battle.”

Are you excited to see the return of He-Man, Skeletor, and the rest? Tell us in the comments! There isn’t an official release date for the show yet but we can’t wait to see what Kevin Smith is cooking up. Soon, we’ll all have the Power again!