This Black History Month, we're shining a light on WandaVision's Monica Rambeau. So who is this riveting hero and what's her backstory? Let's find out together!

END_OF_DOCUMENT_TOKEN_TO_BE_REPLACED 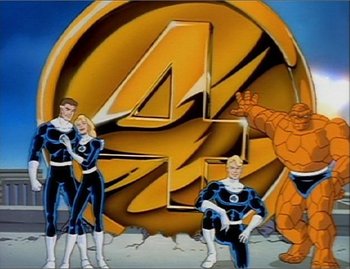 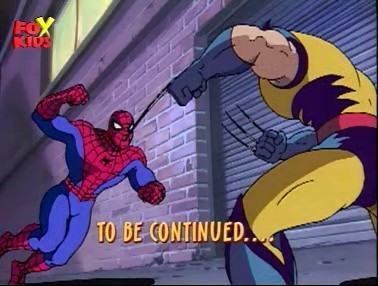 WARNING: Spoilers ahead for Avengers: Endgame.

Avengers: Endgame is one of the biggest films of all time, and it’s certainly one of the most critically acclaimed films in the Marvel Cinematic Universe. One aspect of the film that garnered the most acclaim was the uniting of nearly the entire MCU for an all-out battle against Thanos. Despite the immense joy this move brought to die-hard and casual fans alike, not everyone was in agreement.

Apparently, someone wasn’t happy with a few of the characters in the movie. Specifically, the female ones.

NPR reported yesterday that an anonymous “fan” has released an edited version of Endgame called the “defeminized” version. This new edit minimizes the roles of all the female characters in the film… and some, it even removes.

Captain Marvel was cut out of the film entirely. For a “fan,” this anonymous editor is ruthless with the film’s plot; without Captain Marvel, there are also no scenes where she saves Iron Man from space and destroys one of Thanos’ ships in the final battle (both of which are pretty important to the timeline of the film). The scene where all the female superheroes come together, referencing a potential A-Force movie, is conspicuously absent.

Some smaller scenes are also missing, such as the opening scene where Hawkeye trains his daughter in archery, and when Tony Stark talks with Pepper Potts about potentially returning to the team.

Some male scenes were edited as well: Black Panther was removed, as well as any scenes involving two male characters hugging. While that last one doesn’t necessarily move anything plot-relevant, it is a bit baffling.

A deliberate removal of women from a cult classic film, while controversial, is nothing new. When Star Wars: The Last Jedi met with polarizing reception from fans, a “chauvinist cut” appeared online that edited out all the female characters in the movie—reducing the two-and-a-half film to only 45 minutes.

It’s unclear whether or not this film is an elaborate troll, and it may no longer be available online.

What are your thoughts on this?

Featured Image Via Geeks On Coffee.

With Endgame over, Phase 3 of the Marvel Cinematic universe has reached its conclusion. It’s safe to say we’re in a transition period in which characters like Tony Stark, Thor, Captain America, the Hulk, Black Widow, and Hawkeye are on their way out, with newer characters like Dr. Strange, Spider-Man, Black Panther, and Captain Marvel taking their place as the main heroes of the sprawling superhero universe. But what about even more characters? With Marvel having a vast library of superheroes, its inventible we’re going to be getting a lot of new faces with Phase 4 and beyond. But who could they be? Let’s have a look at some of the superheroes from the comics who haven’t been adapted yet and see who might be candidates for showing up! Guardians of the Galaxy introduced the Nova Corps, so it stands to reason their most famous member of the comics has a good shot at showing up in the future. Richard Rider, better known as Nova, was given the helmet of the intergalactic space police by a dying Corps member. Although he didn’t have any idea how to use his equipment at first, he eventually discovered the helmet gave him a connection to a special energy field called the Nova Force, which allowed him to access abilities such as flight, super strength, and energy manipulation. With the MCU continuing to expand into cosmic territory, it’d be awesome to see this galactic defender get his due. Perhaps there could even be a crossover with Captain Marvel or the Guardians! Moon Knight is essentially a Batman-like vigilante but with one difference: he’s pretty messed up in the head. Suffering from dissociative identity disorder, Moon Knight has developed multiple personalities, being born as Marc Spector but also becomes Steven Grant, a millionaire, and Jake Lockley, a taxicab driver. Prowling the streets after dark, Moon Knight uses gadgets and his own combat training to take down the criminal underworld, making him a fascinating anti-hero who’s always teetering the line on becoming a villain. Beta Ray Bill is one of the wilder heroes of the wider Marvel Universe. A noble warrior alien, Beta Ray Bill is distinctive for being so pure hearted and good that he could wield Thor’s hammer, much like Captain America. It was he who was granted Stormbreaker in the comics and his costume partially inspired Thor’s look in Infinity War and Endgame. A rival and friend to Thor, Beta Ray Bill might even be a worthy successor to the God of Thunder in the films, taking Stormbreaker from Thor if the God of Thunder truly hangs up his hammer. This guy is a bit of an obscure one, but so were the Guardians and Dr. Strange before they got big. Hailing from a parallel world overtaken by dinosaurs and cave people, Devil Dinosaur aids his friend Moon Boy on the dinosaur infested planet, fighting off dinosaurs and other monsters as they journey across the hostile world. In the modern day, Devil Dinosaur found his way to Earth, where he teamed up with a young girl called Moon Girl. Devil Dinosaur is a bit high-concept, but who wouldn’t want a Dino buddy as their companion?

A 15 year old engineering student, Ironheart began life as Riri Williams, who stole Iron Man tech and forged her own suit of armor. Beginning a career as an underground superhero, Ironheart established herself as a member of her community, helping out the little guy before becoming integrated with the superhero community at large. With more callings for diverse superheroes, it’d be fantastic to see an intelligent, talented young black woman become an Avenger. A very popular candidate to appear in the films, Kamala Kahn is a young Muslin woman who inherits abilities thanks to Captain Marvel and grows into a superhero. Kamala Kahn has been acclaimed for portraying a young woman with diverse interests, with a colorful personality who instantly feels relatable to a young audience. She’s the hero who feels especially relevant now and one that would be great to see in the world.