Do you have books and booze? Take a look at these literary bars.

Summer Blockbusters are around the corner! Whether it’s for an upcoming film or one that’s already been out, forget about Summer eating, we’ll be Summer drinking. Enjoy another round of our booze-book pairings! 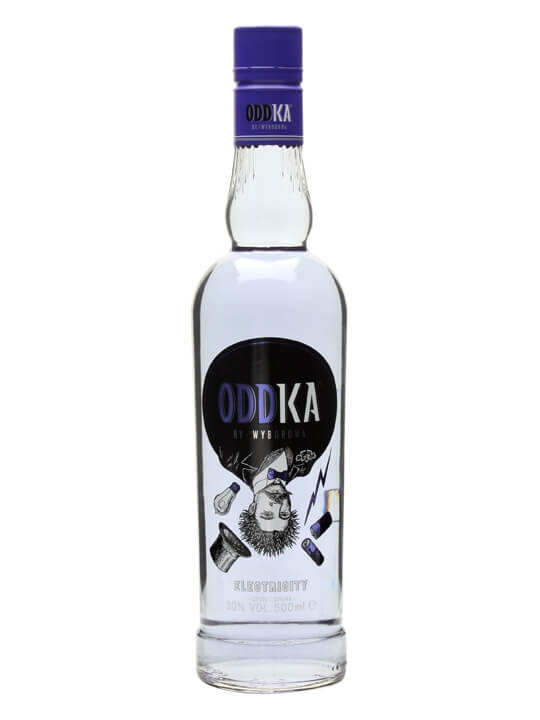 Charge up for the fun, action-packed story of Shazam! with shots of Electricity vodka!

Include a drinking game for the comic and/or movie with all your friends, superhero or not (Psst, take a shot every time Billy says, “Shazam!”). Fun tip: pair with greasy food, without the carbs to weigh you down!

Haunted forests, tribal rituals, evil, zombie-like children and cats, you’ll be wanting to say “goodbye Kitty” in this classic Stephen King thriller. Learn from this cautionary tale to not bring things back from the dead, but always bring your drink back for seconds. Images via Amazon & The Spruce Eats

Let’s travel back to the 50s and shake things up with this Civil Rights inspired story about de-segregation. With this story and mixed drink, you’ll see the power and sweetness of mixing ebony with ivory! There’s nothing quite like teen romance. Sometimes it’s sweet, sometimes it’s bitter, and Anna Todd’s novel illustrates that perfectly. As much as the two lovers had against each other, the love still continues. Let cupid’s arrow hit you with this sweet and bubbly drink as you find out whether or not what type of love story this is in the end.

Two worlds collide in this post-World War II novel, and this sweet and spicy drink. Fuelled with rich history and heavy drama, drink on as two families, one German, the other British, find a way to live together in harmony. Hopefully the cinnamon and apple combined drink will bring you harmony as you go through this emotional tale of war. Share jello shots with all your MCU and comic book friends in hopes that everyone’s favorite Captain doesn’t kick the bucket. You can even make one for your favorite character in hopes that they won’t get killed off either! The sequel to A Dog’s Purpose, this follows the dog Bailey in his search to find his beloved owner…again. That dog must be salty at this point. From reincarnation to another though, nothing will stop Bailey from following his heart and reuniting with his family. A sweet and salty drink for a sweet and salty dog. Images via Amazon & Mix That Drink

Enter the fantasy world within Eoin Colfer’s imagination, and like Artemis steal yourself a fairy. Though you probably won’t be finding as much of a crazy adventure, unless you drink passed your limits.

9. Scary Stories To Tell In The Dark – Ghoulish Gingerale

A drink as freaky as the creatures from the original book, this will surely put you in a ghoulish mood.

To give you a little preview, here’s a suggestion we can offer right now: any drink and any book. (Don’t worry; they’ll be more detailed than that. But you have to admit, it’s the perfect combo.)

This week is our YA edition. That’s right, we’re going YA dystopia on your asses.

Select your favorite YA dystopia novel— We’re thinking The Hunger Games, Divergent, you get it.

Take a drink every time one of the following tropes occurs!

Take one drink if…

2. It quickly becomes clear that this attractive, noble young person is the ONLY one who can save humanity from the regime that is currently in power,..

3. Humanity recently came close to extinction as a result of a disaster that is only ever vaguely explained and is referred to by some sort of ambiguous name like the Ending…

4. Nothing in this world has an actual name and everything is called the basic name for what it is, but capitalized e.g: “Ever since the Ending, we have attended the School, run by the Professors, where we learn to be the best Wives we can be, for our future Lords.”

5. The events of the story are catalysed by the protagonist’s fifteenth, sixteenth or seventeenth birthday…

The agents of the regime in power have a name like the Deceivers or the Deputies or the Hounds and they will show up at every point to wreak havoc.

If so, maybe it’s time for you to drink the Cure!

It’s Thirsty Thursday, and Bookstr is bringing you Booze & Books, our newest weekly feature dedicated to drinking games and booze-book pairings. To give you a little preview, here’s a suggestion we can offer right now: any drink and any book. (Don’t worry; they’ll be more detailed than that. But you have to admit, it’s the perfect combo.)

Rules: Imagine a romance novel or any book with a romantic subplot. Though we’ll consistently change the genre, this week is a game for you to fall in love with. Remember the book as best you can—while you can—and our 21+ readers can follow our instructions. So let’s get to double-fisting: a drink in one hand and a book in the other. By the end of this game, the pages won’t be the only thing turnt.

Take One drink if:

Startlingly naive about love and intimacy.

Completely unaware of her good looks, having spent her whole life believing she is ugly…
…without actually being ugly.

Blatantly in love with her childhood friend…
…and he’s, for all appearances, completely indifferent.

A self-proclaimed man-eater who is completely uninterested in romance…
…until a sensitive sweetheart can break down her tough exterior.

Involved in a love triangle…
…with one roguish yet secretly kindhearted bad boy…
And a hyperbolically meek boy-next-door whose lifelong wish is to push a lock of our protagonist’s hair behind her ear.

Looking for a romp in a foreign country…
…and doesn’t speak the language.
(Bodies can’t literally do the talking, y’all. Eventually, you’ll need to go to a grocery store or make an appointment.)

Famous in any capacity…
…especially for something sexy, like music, athletics, or breaking the law.

A police officer, firefighter, doctor, surgeon, soldier, artist, professor, or CEO.
(Somehow we’ve decided that these are the ‘sexy’ professions. Where’s the love for, say, someone at a twenty-four hour Seven Eleven? What could be hotter than someone loving you despite your obvious flaws? Example: 2 A.M. Cheeto purchases.)

Initially nasty or cold…
…behavior which is later revealed to be the result of a tragic past…
…including but not limited to the death of a spouse or partner.

A passionate collector of sunglasses, leather jackets, or expensive suits. The best sex of our protagonist’s life…
…right from the start.

Either Monopoly Man wealthy or living in romantic Dickensian poverty.

TAKE A SHOT if:

A completely avoidable misunderstanding drives the lovers apart…
…one that could be resolved with a very simple conversation….
…a conversation that NO ONE BOTHERS TO HAVE! Circumstances arise in which the characters cannot be together…
Especially if the cause is supernatural.

In the rare instance that Santa Claus is involved, take two. If you are, maybe you should’ve chosen another book!