Books of Wonder, the beloved children's bookstore in Manhattan, is closing their Upper West Side Location at the end of June and it's having a big clearance sale.

END_OF_DOCUMENT_TOKEN_TO_BE_REPLACED

Samir Mansour Bookshop, a beloved bookstore in Gaza and Gaza's largest bookstore, was destroyed by an Israeli airstrike on Tuesday, May 18th.

END_OF_DOCUMENT_TOKEN_TO_BE_REPLACED

Earlier this week, Len Vlahos and Kristen Gilligan, previous owners of Tattered Cover, one of the country’s most iconic bookstores,  sold the store to Kwame Spearman and David Back. Spearman and Back formed a limited liability company, Bended Page, with “a diverse group of Colorado-based investors and national bookselling and publishing experts” on board. The thirteen investors include Oren Teicher, the retired CEO of the American Booksellers Association and John Sargent, departing Macmillan CEO. Teicher and Sargent are among a seven-member board of directors, headed by Back, its chair, and Spearman, installed as the store’s CEO.

This announcement of the purchase was meet with a lot of criticism, especially by Black booksellers, because of the decision of the new owners to call the Tattered Cover the country’s largest Black-owned bookstore, which they say appears to be little more than a branding opportunity. This is because the majority of the ownership group’s members are white, and many, including Spearman and Back, come from the overwhelmingly white world of venture capital.

The store had been previously criticized be cause of their neutrality statement in response to to the killing of George Floyd.

During this very tumultuous year, Black booksellers have been at the forefront and have worked tirelessly to provide anti-racist titles to new white audiences. “I’m extremely offended. It’s a slap in the face to the work Black booksellers have been doing all this time, when we couldn’t get capital from banks to buy out existing businesses,” said Danielle Mullen, owner of Semicolon Bookstore in Chicago.

“It’s hurtful to Black booksellers who have been doing the hard work—and then they take the same credit without real Black representation. It’s disappointing and almost unbelievable. Especially with the history they have around the BLM protests and why they lost so many customers. It’s ridiculous.” She added: “It’s like if Jeff Bezos partnered with a Black person and then said, ‘Amazon is the biggest Black-owned business in the world.”

END_OF_DOCUMENT_TOKEN_TO_BE_REPLACED 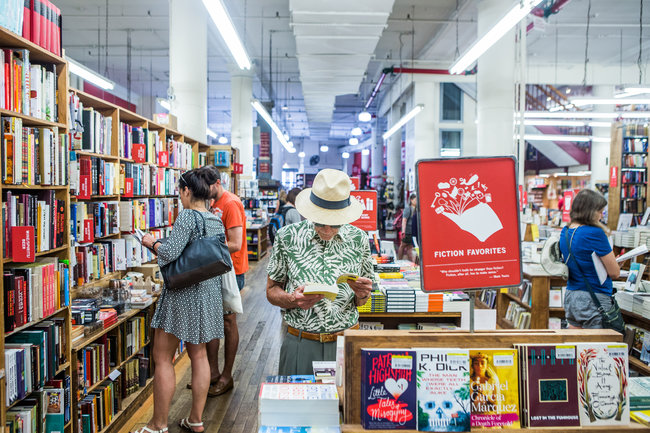