The end of the decade is upon us, people. We’ve read good books and we’ve read bad and surprisingly they are all on this list. So here is the top ten list for the bestsellers of the decade according to The NPD group. The first book in The Hunger Games series written by Susan Collins sold 8.7 million copies. In the height to the dystopian novel with teens, this series was the one to read. One of the best books on this list, in my opinion, written by Kathryn Stockett, The Help sold 8.7 million copies. This book is heavy, dealing with topics like racism. Even though we learn the plight of black maids, this book is filled with humor and hope.

6. The Girl on the Train Image via Peonies and Pancakes

Written by Paula Hawkins, it sold 8.2 million copies. If you haven’t read this book yet, this mystery will keep you guessing. It’s about past love and betrayal but more importantly, MURDER. Written by Gillian Flynn sold 8.1 million copies. This is a book about a marriage going downhill and wife playing a sick, yet incredibly smart game with her husband who is unaware of it intrigues you, this one has a pretty great reputation.

8. The Fault in Our Stars Written by John Green sold 8 million copies. This sweet yet so sad book follows a young couple who both struggle with cancer. You WILL need tissues.

9. The Girl with the Dragon Tattoo Written by Veronica Roth, it sold 6.6 million copies. Another dystopian teen read that will surely give your imagination something to gnaw on.

All the Bright Places, is finally coming to our screens! The 2015 novel of the same name was written by Jennifer Niven, and optioned for a film in 2014, before the book’s release. Now it’s finally slated to hit Netflix next year. 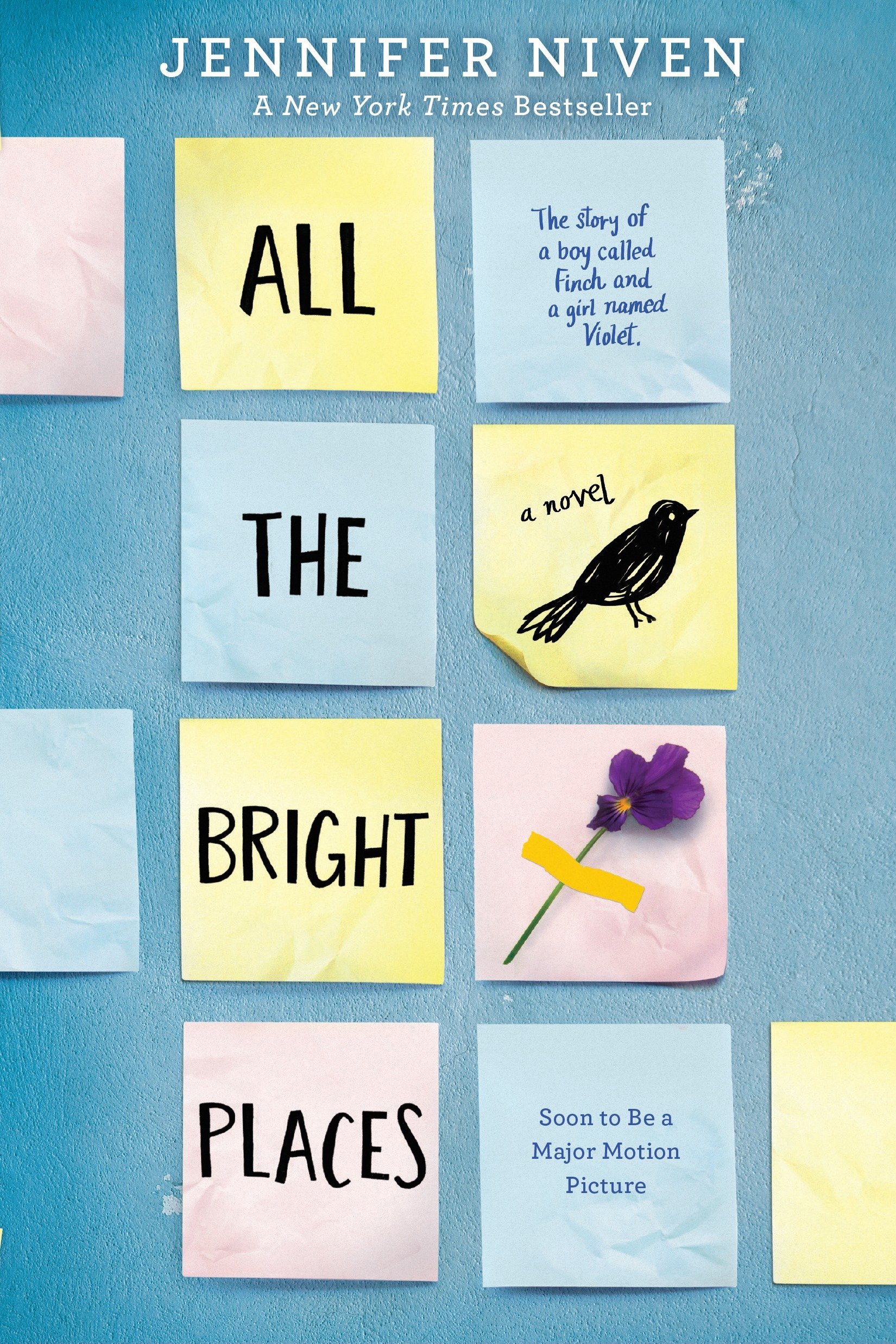 The novel follows two teenagers, Violet Markey and Theodore Finch, who have reached a dark point in their lives, and struggle to cope with their mental illnesses. They find themselves on the roof of their school and meet for the first time. Violet is coping with the death of her older sister, Eleanor, who died in a car accident. Violet feels responsible for her death and hasn’t been in a car since the accident. Finch is depressed and has constant thoughts of suicide. His family doesn’t understand his depression so he feels alone until he meets Violet, who he talks off the ledge, and vice versa.

This then leads them to make a pact – to find all the bright places, all the wonderful exciting things in the world, and in themselves.

The film will star Elle Fanning as Violet and Justice Smith as Theodore. It will be available to stream on Netflix on February 28, 2020. 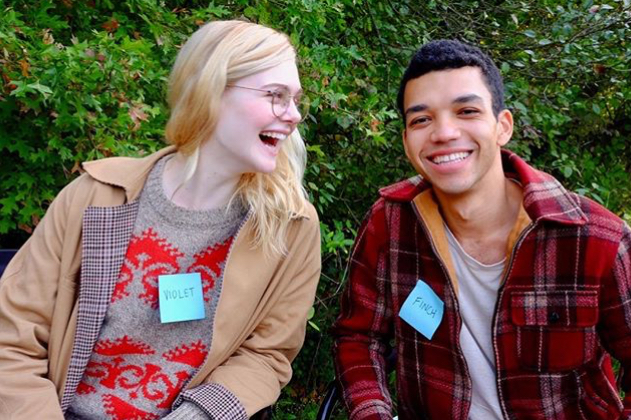 These three forces that have contributed to shaping the rectangular formatting for our books that we know and use today, print or electronic.

END_OF_DOCUMENT_TOKEN_TO_BE_REPLACED

When you normally think of a public library, chances are you imagine stuffy rooms filled with books and maybe an older woman with her hair up in a bun hushing noisy visitors with daggers in her eyes; or at least that is the trope. In reality, modern public libraries have been radically restructuring themselves over the past decade into community hubs. The modern public library aims to provide all sorts of resources (other than books) which include free classes for adults, children’s programming, business resources, and so much more.

A good library adapts to its community. For example, over the past few years, America has been dealing with an opioid epidemic the likes of which we’ve never seen. It’s for this reason that many libraries are supplying their staff with narcan and training them to treat overdoses. Libraries across the country saw drug addicts passing out on their front steps and in their bathrooms, and they knew that they had to respond. 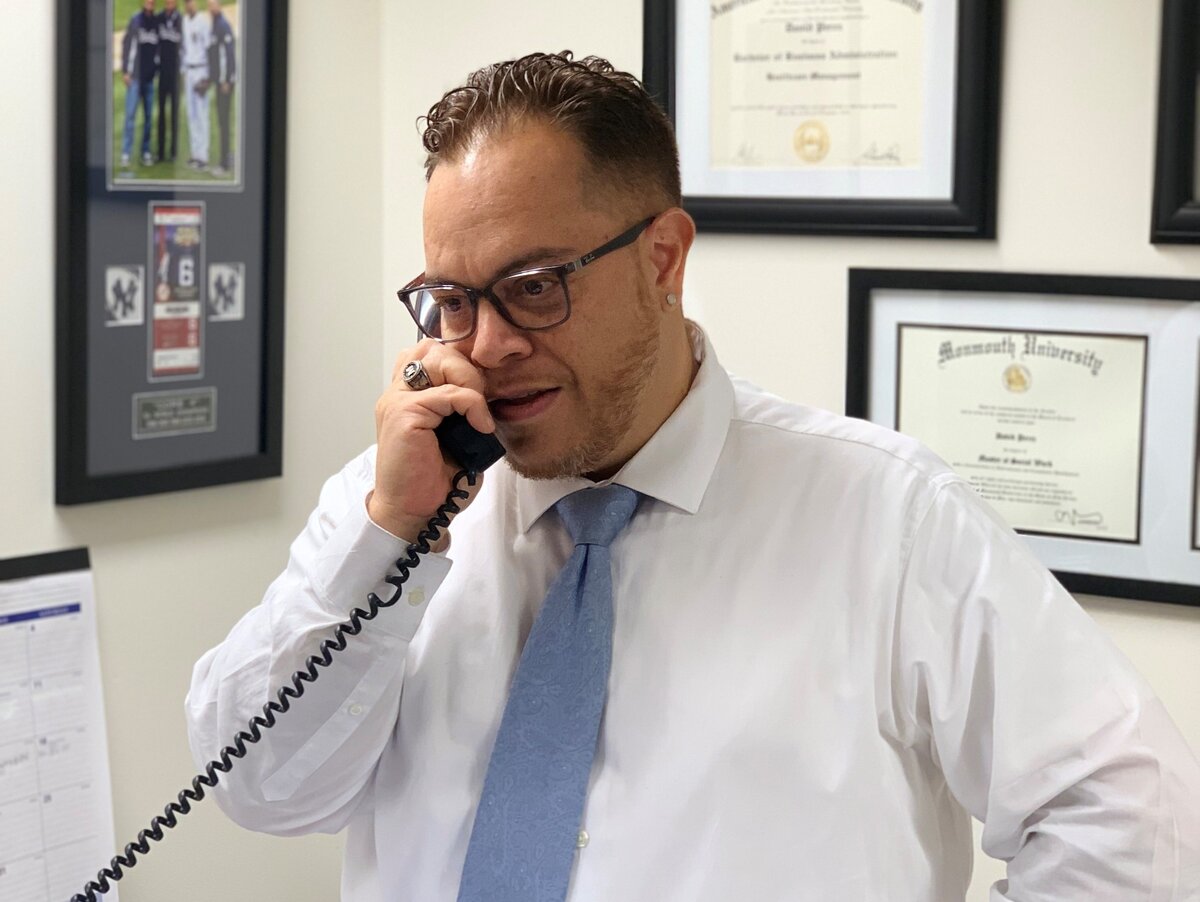 Perhaps the next stage of expansion has already started taking place at the Long Branch Free Public Library where they have recently hired a resident social worker. David Perez, the social worker for the Long Branch Public Library, told NPR in an interview: “Anyone can come right in here, and you don’t need to be of any class, you don’t need money. You can take advantage of all of the services that we offer.” This unique step forward is further evidence that many libraries are becoming much more than just libraries.

Featured Image Via: California Center for the Book

The new Game of Thrones season 8 trailer is here, and it’s BANANAS.

If you haven’t seen it, here it is below!

Much like Winter, the first trailer for Season 8 has come#GameofThrones #GoT pic.twitter.com/VIirtORt66

Twitter users had some pretty hilarious reactions to the much-awaited trailer—I’ve taken the liberty of rounding up the best reactions Twitter has to offer:

me training to fight against the white walkers after seeing GoT trailer pic.twitter.com/74qhxXDYfK

2. This user, who is overwhelmed by the possibilities:

Me after watching the new #GoT trailer and reading all of the thinkpieces/theories pic.twitter.com/gEOMrKLEh5

3. This user, who cannot. Stop. Rewatching:

How many times have you watched the GoT trailer?pic.twitter.com/QnYf4Awgfl

4. This user, who will protect Arya at all cost:

This really how I felt about that GoT trailer ?? #AryaStark #GameOfThrones pic.twitter.com/qwQLVn1Cih

6. This person who noticed that TORMUND IS ALIVE!!!!! (Nothing else matters to me TBH):

Tormund is alive ? happy to see him agian.. trailer looks _/\_ can’t wait to watch the finale season ..?#GoTS8 #Got pic.twitter.com/x9OKCmZol1

7. And this person, who also shares my enthusiasm for Tormund remaining in the land of the living:

Me, after catching a glimpse of Tormund 32 seconds into the new #GoT trailer: pic.twitter.com/HhMiBi91hE

8. This reminder of the additional content we’ve been blessed with:

I know we got a trailer but let’s not forget these pic.twitter.com/DJkVKUoyqL

9. Some people simply could not STAY CALM:

Looking at twitter after the GOT trailer drops pic.twitter.com/3ng1T8gXT0

GoT fandom after watching the trailer #ForTheThronepic.twitter.com/9mTSzBxvgJ

11. Finally, I’ll leave you with Kit Harrington, who is trying not to let his facial expressions give away any spoilers:

At least we have these tweets to hold us over until the drop date on April 14th!!!