Books can’t help but bring people together, and that’s one of the reasons why I still love to read: it brought me closer to people who liked – or even loved – reading books for the fun of it as well!

END_OF_DOCUMENT_TOKEN_TO_BE_REPLACED

No matter where you’re spending the holidays, we’ve got a book to put you where you WISH you were.

I’ll be the first to admit that I hated reading the classics in school. John Milton made me mad, Shakespeare was a snore and Robert Frost robbed me of years of my life I’ll never get back. And because I was only exposed to those books, for the longest time I thought that was all that poetry was. But there’s so much more to it than that. Poetry is an ever-expanding, ever-diversifying form that isn’t just limited to stuffy poems ‘comparing thee to a summer’s day.’ But don’t write off poetry just yet. Here’s five books that go above and beyond what you thought poetry could be.

Olio is unlike any book of poetry you’ve read before. Named after the second part of a minstrel-show, Jess allows the title to inform the performance-like presentation of his poems. It’s like a seance, the way he’s able to capture up the very essence of history. The book is comprised of everything from interviews to songs to prose. Larger than the size of your average poetry book, Jess has pages that fold out to read, drawings, and even a cast of characters in this book. But the most unique poems are the ones that can be read in any direction. For these poems, Jess employs a particular style of writing that uses two columns to separate his words. The effect is that there’s a plethora of ways you can read the poem and amazingly whichever way you read it, it still makes sense! It’s an astonishing feat. This book is perfect for anyone looking for a book that expands the realm of what poems can do.

2. The Crown Ain’t Worth Much by hanif abdurraqib 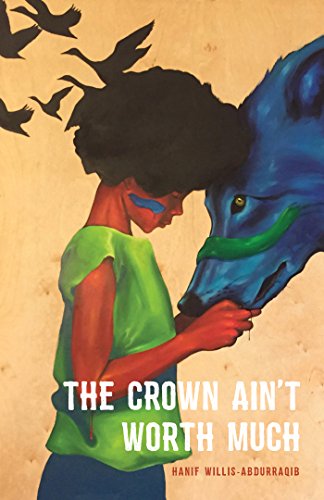 You might be familiar with the publisher of this book, Button Poetry, as they’re known for being the hub of posted slam poetry videos that have probably made their way onto your social media timeline at some point. Abdurraqib is possibly the coolest poet you’ll ever hear of. Not just a poet but also a pop culture critic, he’s written for the likes of MTV News, The Fader, and The New York Times. Abdurraqib uses his interest in pop culture, specifically music, to explore his own personal feelings and experiences through the lens of a Black man in America. What draws you in is the way these poems can be both read and performed. Many take on a certain rhythmic lyricism that those of us who’ve seen slam poetry might be familiar with. It’s both culturally relevant and completely accessible. For any lovers of music, you’ll enjoy trying to catch all the references from this relatable collection of poems.

3. Teaching my mother how to give birth by Warsan shire 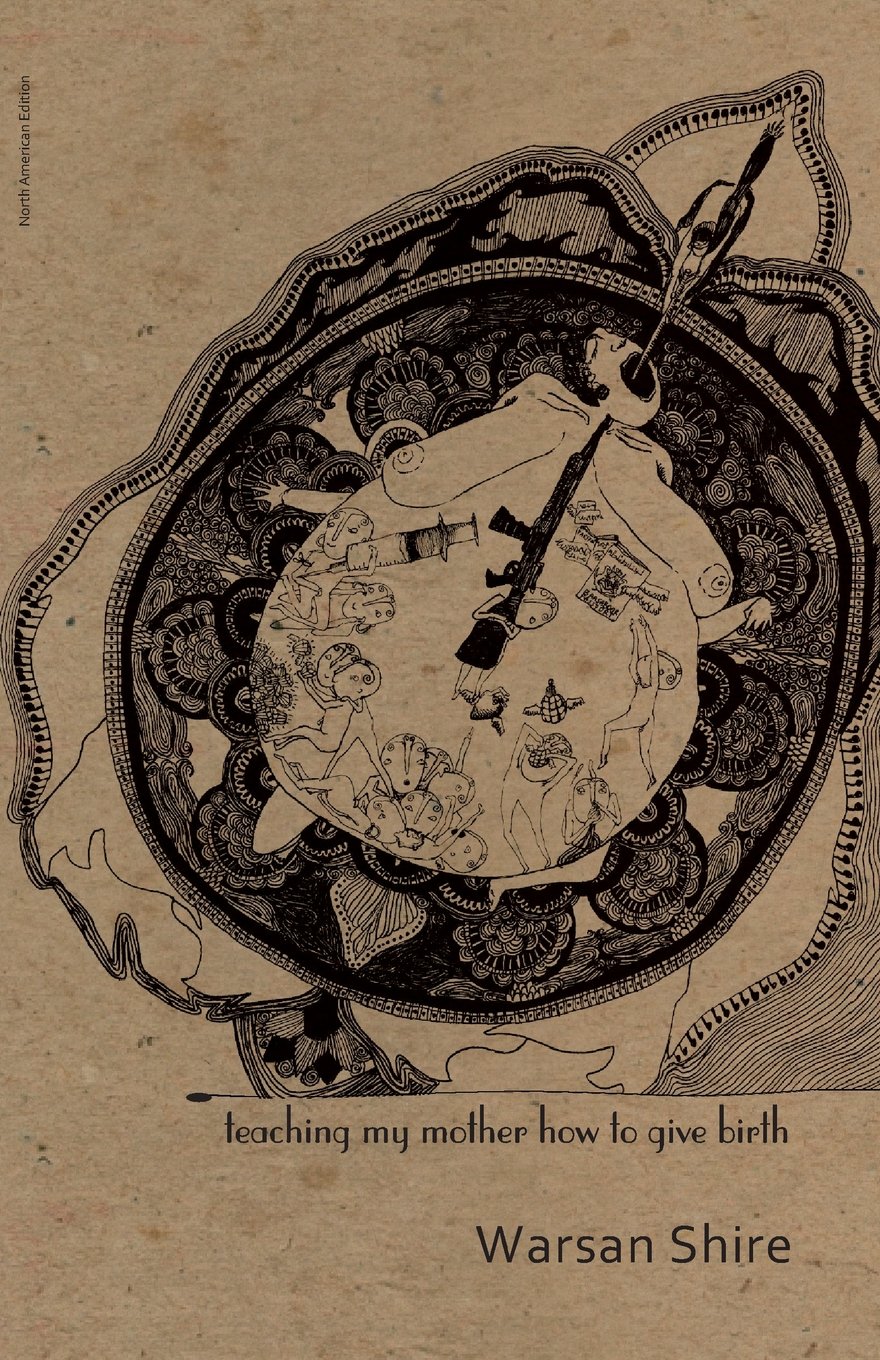 Just the title lets you know you’re in for some insight. Warsan Shire is a name you’ve likely heard as being the mastermind behind the poems in Beyoncé’s Lemonade. Because of that, there’s a good chance you’ve already heard or read some of her work and it’s definitely worth looking into more of it. Shire manages to be bold and straightforward in her writing while also still giving us deep metaphors and one-liners that make you savor these words with a reverential “mhhh.” And the metaphors never get so wordy or heavy that you get lost in them. This chapbook may be fairly short, but it’s food for the soul. This poetry book was practically hand-picked by Queen Bey herself.

The poems in this collection are short but pack a punch like nothing else. Waheed herself is one of the more famously-known instapoets whose poems often appear as screenshots on social media. Her poems are typically only a sentence or two long. But don’t let the length fool you. These poems still leave you with something to think about. This is another collection of poems that veers away from what the “traditional” style of poetry is. The language itself isn’t terribly fancy or overcomplicated but her writing still holds a complexity to it. And with only a couple lines and a title (usually at the bottom of the poem) that is not something easy to do. These poems are a lovely match for anyone with a short attention span, anyone who is too busy to delve into longer works, or anyone who just enjoys beauty in simplicity. 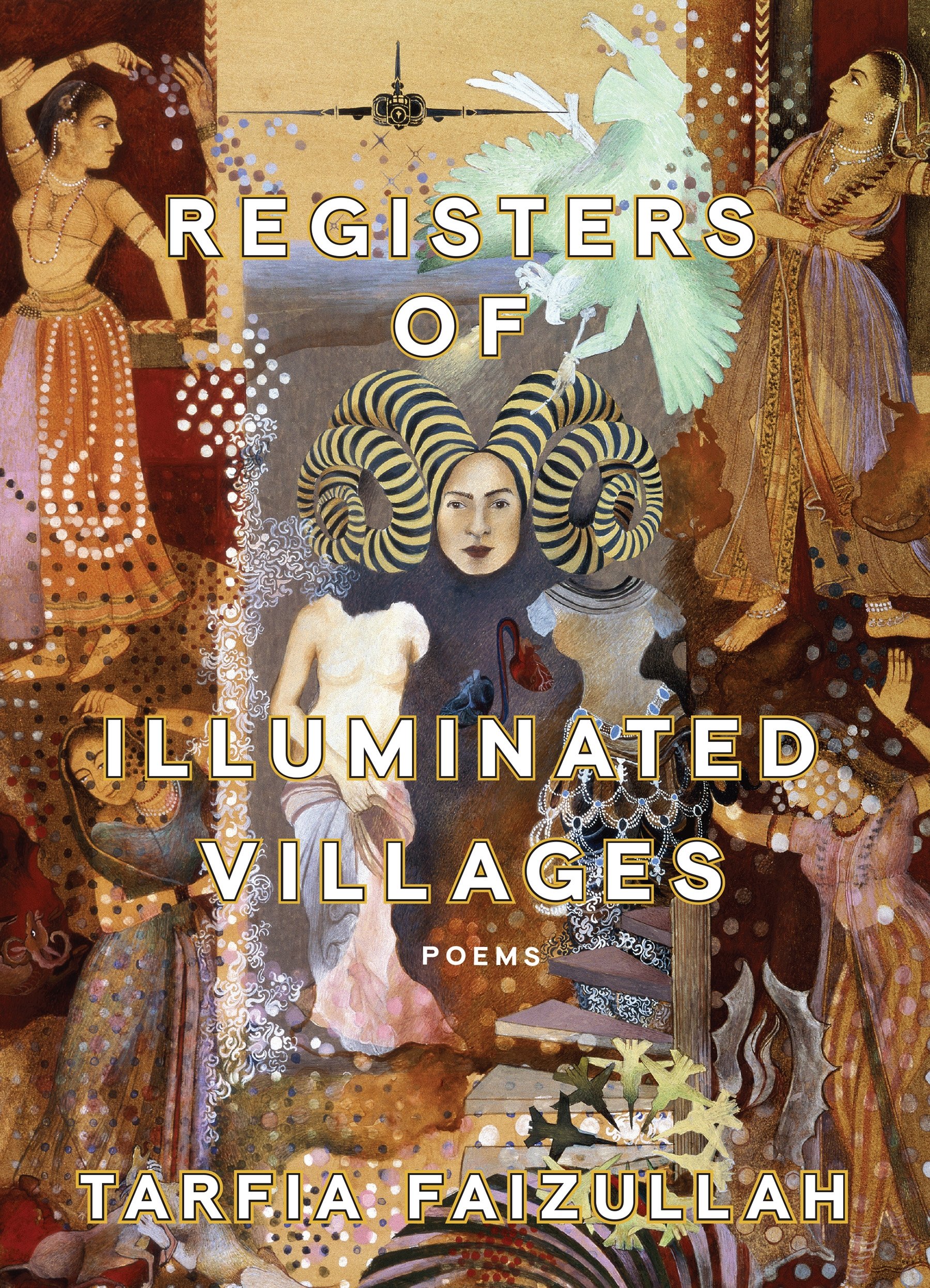 The first thing that captures you is the stunning book cover. From there, you’re drawn into Faizullah’s world wholeheartedly. She writes with such fantastical flare that the book itself truly feels like a journey. Not only that, but her book has a myriad of different forms of writing that all come together to paint a picture. She has a poem that slinks down the page, another that uses staccato writing to emphasize her words and another that addresses homework from her childhood. Her poems take us all around the world from Texas to Bangladesh to Turkey to Iraq. If you love writing that takes you places, you’re not gonna wanna miss the adventure of this collection of poems.

No plans this weekend? Not the type to go outside? We can relate. Make the best of the weekend for real by binging these duologies. Nothing says relaxation like high stakes magic. I love a good heist, and this is better than most. Set in the lush universe popularized by Shadow and Bone, this follow up stands on its own legs, and is a great entry to the series. Meet the Dregs, a bunch of street urchin weirdos with just the right skills to pull off an impossible heist in the heart of a hostile state. The characters are so real that you feel you could bump into them on the street, the plot is meticulously executed, and the magic is both grounded and vibrant. It’ll be your new fave.

The Orphan Queen & The Mirror King Revolution, dictatorships, secret identities, and a magic system so brutal and so inescapable it shakes the very ground on which the world is built. All the threats feel close, pressing. The characters are multidimensional, living, complex. This is a deeply alarming pair of novels, but despite the dark plot points, the writing is light and compulsively readable. These are entertaining books, and frequently very funny. If you like seeing sense prevail, and survival against dire odds, dive into this truly original world.