After a lot of financial uncertainty during the Covid-19 pandemic, Bloomsbury, the London-based publishing house most known for publishing the Harry Potter books, reduced the salaries of its employees by 30% from April to June of this year.

END_OF_DOCUMENT_TOKEN_TO_BE_REPLACED

The publishing company that brought us Harry Potter, Bloomsbury, has been faced with an increase of fifteen percent from China for books printed there. This happened overnight on the first of September. 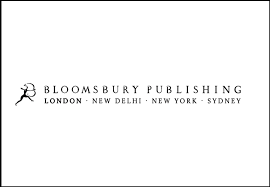 According to Chief Executive Nigel Newton, the company wasn’t prepared for this increase but they are doing their best to take it in stride. This increase should only have a small impact for the finical year, but could possibly cause some issues in the future. Newton says that illustrated books, such as the Harry Potter illustrated editions are published in China due to the good pricing and quality.

Unfortunately from March to August there was a five percent decrease in Sales, but Newton wasn’t worried about future sales. When E-books were forced introduced everyone feared how they would take over, but according to Newton, it doesn’t matter if it’s an e-book or printed copy, they’re still buying a book from the company, so E-books just helped increase sales.

END_OF_DOCUMENT_TOKEN_TO_BE_REPLACED

Following the announcement that two new Harry Potter books will be released on October 20th, Bloomsbury has revealed the covers of both.

“Harry Potter: A History of Magic” will walk readers through some Hogwarts classes taken by Harry, Hermione, and Ron.

“Harry Potter: A Journey Through A History of Magic” will delve into the nuts and bolts of the Wizarding World by explaining subjects like alchemy and witchcraft.

The books will accompany the opening of a new Harry Potter exhibition opening at the British Museum this fall. In addition, a newer edition of “Harry Potter and the Prisoner of Azkaban” retold through illustrations by artist Jim Kay (who also illustrated previous reissues of “Sorcerer’s Stone” and “Chamber of Secrets”) will be released on Oct. 3rd, 2017.

For more info on the new Harry Potter books, check out our previous article.