Earlier today Entertainment Weekly reported that Julie Andrews, known as the iconic leading lady in both Mary Poppins and The Sound of Music, will voice the audiobook version of her forthcoming memoir Home Work: A Memoir of My Hollywood Years. This isn’t Andrews’ first venture into the world of writing. Previously, the actress published Home: A Memoir of My Early Years, a work that explores her difficult upbringing and earliest experiences with performing.

Home Work picks up where Home left off,  in the 60’s, when Andrews was cast by Walt Disney as the “world’s most famous nanny.”

And who better to tell her story of success than Andrews herself? Among her other talents, Andrews is often recognized by her voice. Her soothing lilt, and posh accent, is a sound that many have come to associate with childhood comfort. Children who grew up on Mary Poppins, as well as children who grew up on The Princess Diaries, all think of Andrews with the same kind of childlike love. Her career has endured for so long, she’s earned her status as Hollywood’s doting mother. Home Work provides a behind-the-scenes look at the career that thrusted Andrews into icon status. The actress shares anecdotes from the sets of her most iconic works, details you wouldn’t find anywhere else. Entertainment Weekly shared one snippet about how, on a rainy day, Andrews was forced to ride in the back of an ox-drawn cart full of camera equipment to get up the muddy Alps.

In her classic, Julie Andrews charm, the actress writes:

“I happened to be wearing a fur coat. It was the 1960s after all, and the humor in the contrast between my attire and the mode of transport wasn’t lost on any of us.”

Andrews’ memoir will hit shelves on October 15th, and the audiobook will be available the same day! 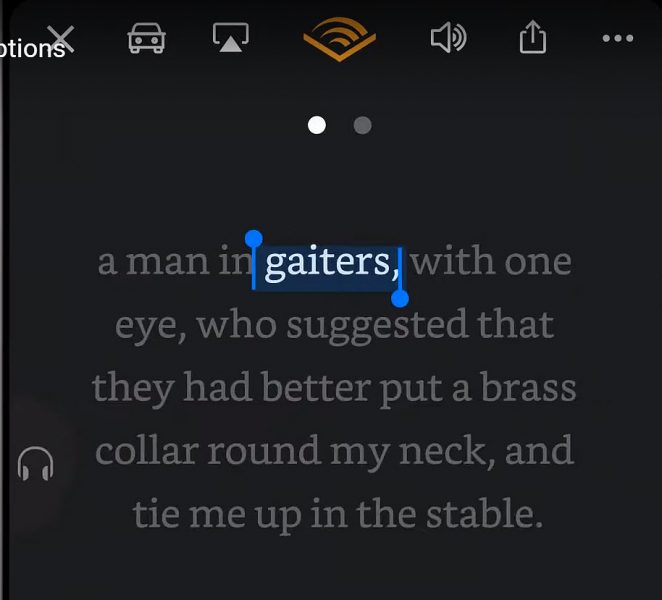 Audible Captions scrolls a few words of AI-generated transcription to accompany an audiobook’s narration. In effect, Captions users would have access to the audiobook’s text in a roundabout way without having to purchase a copy of the e-book. However, the lawsuit filed in the U.S. District Court in New York “didn’t give permission to publish a text version of their titles to Audible, noting that the text rights require a separate agreement.” Image via the wall street journal

The rapidly changing digital publishing landscape has often presented a challenge to book publishers, as it seems the definition of what a book even is must change in the world of e-books and audiobooks. 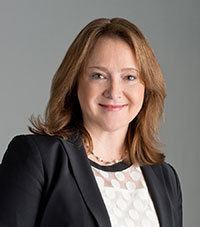 Maria Pallante, chief executive of the Association of American Publishers, commented on the case:

What’s at stake is the viability of the publishing industry and the ability to rely on copyright law.

Audible has denied the new feature on their app violates any rights or agreements. In a a statement on August 23rd the company said that:

Captions was developed because we, like so many leading educators and parents, want to help kids who are not reading engage more through listening…This feature would allow such listeners to follow along with a few lines of machine-generated text as they listen to the audio performance. It is not and was never intended to be a book.

Since the captions would be machine-generated and not transcribed and edited, Audible admitted “up to 6%” of the text may have errors. In the lawsuit, publishers argued The Captions program would then harm their reputations as “as trusted and valued stewards of their authors’ works.”

The program was set to begin as early as September 10th, though this lawsuit will definitely complicate the release. Thankfully, Audible can still launch for works for which there is no permissions issue, such as public domain works and Audible or Amazon published titles.

Audible is facing a fierce legal battle against a cohort of publishing giants. The plaintiffs in the case include Penguin Random House, Simon & Schuster, HarperCollins, Macmillan, Hachette Book Group, Chronicle Books, and Scholastic Corp. It’s difficult to tell what the outcome of the case will be this early on. But it’s definitely going to be an important event for the future of publishing.

Featured Image Thanks To Mary Scibilia