Do you remember the day that you brought home your first Harry Potter book? Do you remember going to the bookstore and picking up a copy of the story that stunned the world? I do. I remember my second-grade self holding my Dad’s hand as we strolled through the aisles of the bookstore to the “big girl section,” so I could pick out my first chapter book, Harry Potter and the Sorcerer’s Stone. I loved that book with all my heart, but I did not take good care of it. Of course, back then, I did not know preserving books was necessary, for if it is a rare copy, it can be worth a lot of money one day. I wrote in my edition. I underlined words that I loved and drew pictures of the Hogwarts ghosts on the pages. I still have my first copy of Harry Potter and the Sorcerer’s Stone, and so do a lot of other Harry Potter lovers, but the question is, are they worth anything?

A rare first edition of Harry Potter and the Philosopher’s Stone, if in good condition, could sell at auction for €50,000. One first edition will be put for auction next week. The book’s owner, a retired vendor who chooses to remain anonymous, said he bought the first edition copy over twenty-one years ago to help children learn English in Luxembourg. In the last twenty-one years, the book has been collecting dust on his bookshelf, until he decided to revisit the copy and read it one last time before seeing if it was worth any money. To his surprise, his edition was one of the remaining two hundred copies known to exist today.

With that said, luck was on this retired vendor’s side when his book turned out to be a first edition. He will also be extremely lucky if he can get the €50,000 amount he desires. Most Harry Potter and the Philosopher’s Stone first editions go for €20,000 to €30,000 in an audition setting. The retried vendor and book expect Jim Spencer think the first edition will get close to his desired amount because of the book’s fantastic condition. If the vendor receives the amount he wishes, he will pay off his daughter’s student loans and help her make a down payment on a house.

Personally, I hope that this book makes a splash at the auction next week. When books like these are found and brought to market, it shows that a piece of literature and history has been preserved and loved, which warms my heart. A story like this should remind people and children worldwide to take good care of their books because you never know what they could be worth one day.

END_OF_DOCUMENT_TOKEN_TO_BE_REPLACED

Authors for Black Voices is holding an online silent auction to raise money for racial justice non-profit organizations in publishing, literacy, and education.

END_OF_DOCUMENT_TOKEN_TO_BE_REPLACED

Back in July, we here at Bookstr reported that a fist edition of Harry Potter and the Philosopher’s Stone had sold at auction for £28,500, or, $34,650.73! Finishing that article, we said that “Sadly, you can’t get this copy anymore since, well, you know, it’s been bought for a gigantic amount of money” but turns out we were wrong!

Back on June 26th 1997, Bloomsbury published Philosopher’s Stone with an initial print-run of five thousand copies in hardback, three hundred of which were distributed to libraries. The series made serious money—making J.K. Rowling the world’s first person to gain billionaire status from book-writing alone—and those original five thousand copies are now highly valued.

This 1997 edition contains two tell-tale errors: the misspelling of ‘philosopher’s’ on the back page and a double mention of “1 wand” on page 53 in an equipment list. 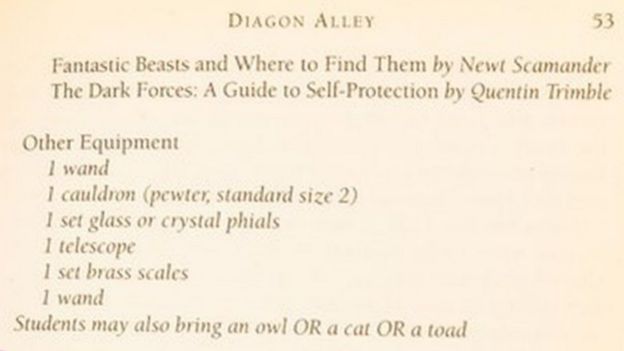 Shockingly, this first edition of Harry Potter was expected to fetch between £20,000 and £30,000 (roughly $24,000 to $37,000), but a telephone bidding war Thursday skyrocketed the final price. This is happened because, according to the Hansons Auctioneers in Staffordshire, in the West Midlands of England, there were four phone bidders, as well as internet bidders, that helped boost the book from its estimated selling point.

It also might be because the book was kept in pristine condition in a locked briefcase for 20 years, reports the BBC. Jim Hanson, the Hansons book expert, told the Birmingham Mail he “couldn’t believe the condition” of the auctioned book, saying its quality was “almost like the day it was made. I can’t imagine a better copy can be found.” 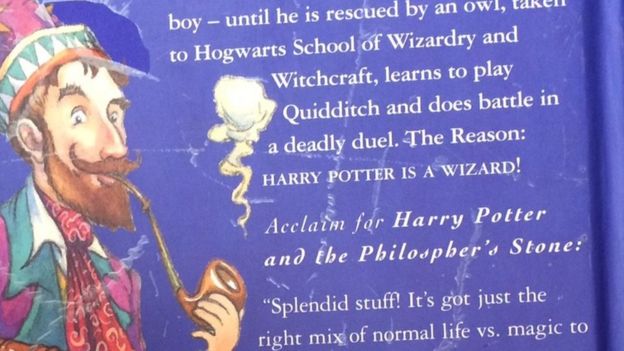 The book was in such great condition because after the owners realized this edition’s importance, they planned to keep it as an heirloom. What made them decide to sell the book was after they heard about that first edition Philosopher’s Stone selling for over $35,000 in July.

Can’t say I blame them! Unsurprisingly, once the decided to sell the book, Hanson says that:

The owners took such great care of their precious cargo they brought it to me in a briefcase, which they unlocked with a secret code. It felt like we were dealing in smuggled diamonds.

Who can blame them?

Featured Image Via The Daily Express