The novel dives into what his experiences taught both him and his family, a century later. These are five key things to take from Joe’s narrative, and lessons that were imparted onto John and his children all those years later.

END_OF_DOCUMENT_TOKEN_TO_BE_REPLACED

There are many ways to show your support for the Black Lives Matter movement right now, including getting educated, donating, and supporting black businesses and creators. Below is a list of eight incredibly powerful essays by black writers to read during this time and to share with people around you.

1. “Scenes from a Life in NegroLand” by Margo Jefferson

“We’re considered upper-class Negroes and upper-middle-class Americans, Mother says. But of course, most people would like to consider us Just More Negroes.”

Jefferson writes about growing up black in a middle-class white area, and the racism she faced from the people surrounding her. She has taught at New York University and The New School and is currently a professor of writing at Columbia University. To support Jefferson further, you can purchase her full book, Negroland, here.

2. “A Letter from a Region in my Mind” by James Baldwin

“One did not have to be very bright to realize how little one could do to change one’s situation; one did not have to be abnormally sensitive to be worn down to a cutting edge by the incessant and gratuitous humiliation and danger one encountered every working day, all day long.”

Baldwin is known as one of the greatest American writers of the 20th century. This essay is one of many that he wrote on his experiences living as a black man in the U.S.. In this piece, he discusses being black and a religious Christian. You can find more of his legendary works here.

3. “Getting In and Out” by Zadie Smith

“Often I look at my children and remember that quadroons—green-eyed, yellow-haired people like my children—must have been standing on those auction blocks with their café au lait mothers and dark-skinned grandmothers.”

In this essay, Smith reviews Jordan Peele’s film, Get Out, and discusses the painting, Open Casket, which was hung in the Whitney. The painting sparked protests when it debuted and Smith uses the two works of art to discuss what people have the right to create, and what they don’t. Smith is currently a professor at New York University and more of her work can be found here.

4. “The Word is ‘Nemesis’: The Fight to Integrate the National Spelling Bee” by Dr. Cynthia R. Greenlee

“What a hard, heavyweight for black children to bear, to be the person who literally spelled trouble for white supremacy.”

Greenlee has a doctorate in American history and has devoted her life’s work to writing and researching about black interaction with U.S. law. In this article, she details the fight to desegregate the National Spelling Bee, and all of its local factions. More of Greenlee’s research on a variety of topics can be found here.

5. “The Color Fetish” by Toni Morrison

“There is a perfectly good reason for the part colorism plays in literature. It was the law.”

At age 86, Morrison was still as powerful as ever. In this essay, she sticks to her bookish roots and analyzes the use of colorism in literature. After this essay, there is so much more Morrison to read (including her Nobel Prize-winning novel, Beloved). You can find her work here.

“We had seen posters advertising the piece months before we headed to midtown; Shange’s face, as painted by Paul Davis, had been plastered around the city. We hadn’t seen a black girl’s body promoting anything literary since Kali published her book of poems, in 1970.”

Als begins this piece by recounting the time he saw Shange live on Broadway as a kid and then continues on to highlight the life of the star. Als is an associate professor at Columbia University and a theater critic for The New Yorker. You can read his other reviews here.

Gay has tackled many topics in her best-selling novels. She’s spoken about obesity, race, sexism, and more. In this article, she discusses how angry women, and especially angry black women, are viewed in society. You can find more of her empowering work here.

“When I heard that [Rodney] King had died, two details, in particular, stuck out to me. One was that he died in a swimming pool. The other was that earlier that day, somebody had heard him scream.”

Sloan masterfully braids multiple topics into one in this piece. She talks about Rodney King, David Hockney, O.J. Simpson, and her own life as a black woman in Los Angeles. To find out more about her two novels, or read other beautifully constructed essays by Sloan, click here.

Released only a few hours before the new year, Such a Fun Age has already established its spot at the top of the must-read lists. In its rise to the top, the book has managed to acquire the attention of Emmy winner Lena Waithe’s Hillman Grad Productions. After having been rejected from the nine schools she applied to, Kiley Reid took her time to write about her experiences as a babysitter in New York. With 320 words, Reid was able to produce a well-written story about race and privilege through the eyes of a young black babysitter.

In the novel, Alix Chamberlin, a mother of two and newfound blogger, quickly made herself into a confidence-driven brand. Alix was mostly known for getting what she wants and teaching other women how they become as big as her. This quickly takes a turn when her son’s babysitter, Emira Tucker, is accused of kidnapping while out at a high-end supermarket. Being a black woman with a white child at night caused the unsettling looks of a security guard and the forming of a crowd around them. 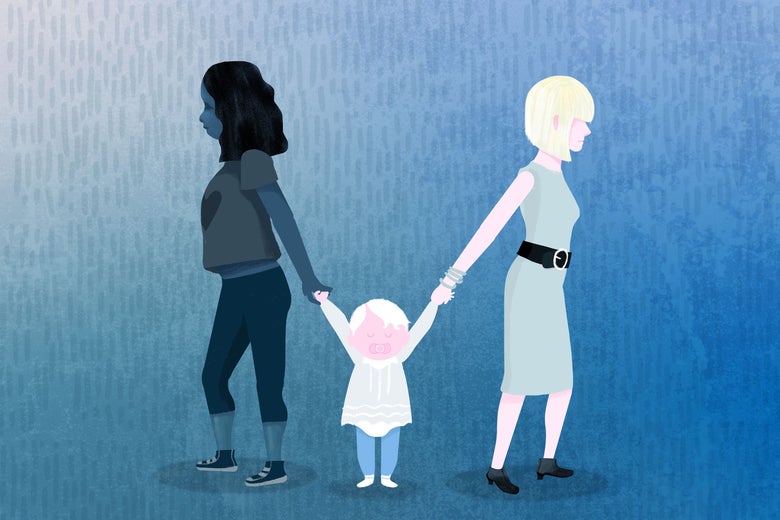 Emira, a twenty-five-year-old black woman, is about to lose her health insurance, and Alix wants to help her out in any way she can. “When the video of Emira unearths someone from Alix’s past, both women find themselves on a crash course that will upend everything they think they know about themselves, and each other.” – Goodreads

Reid’s choice to set the scene in Philadelphia was one of intention. The city is known for leading the way to set standards for domestic workers. According to Kiley Reid’s ‘Such a Fun Age’ probes the insidious forms of racism, “Most of the estimated 16,000 domestic workers in Philadelphia are women of color,” according NBCto making an average income of $10,000. Sad news for fans of detective literature. Andrea Camilleri, one of Italy’s most popular authors, has passed away at ninety-three. Camilleri was the creator of Inspector Montalbano, a detective of Sicilian descent who solves cases in his native country of Italy. The series has been noted for its immense popularity, running over two dozen novels for many years, translated in over thirty countries. The series has proven a bestseller, with over 30 million copies sold worldwide. The series won Camilleri the International Dagger award, an award for the best Crime Novel of the Year.

According to The Guardian  Andrea Camilleri went into cardiac arrest in June and was in poor health in the hospital. He passed away under the care of doctors in Rome, pronounced with heart failure after his passing. Camilleri’s books were known for their extensive political commentary, Camilleri not shying away from addressing current, often controversial topics in his detective stories. His targets have varied far and wide, from the mafia and the Vatican to political figures such as Silvio Berlusconi and George W. Bush. On the mafia specifically, he was quote as saying:

“I believe that writing about mafiosi often makes heroes out of them. I’m thinking of The Godfather, where Marlon Brando’s superb performance distracts us from the realisation that he also commissioned murders. And this is a gift that I have no intention offering to the mafia.”

The Montalbano novels were adapted into a highly successful television series of the same name. The series has been running since 1999 and has also generated controversy for its controversial political commentary, such as recently with its pro-migrant messages.

The legacy of the detective novels will live on, with the series incredibly popular and inspiring dozens of Italian authors to follow in Andrea Camilleri’s footsteps.