H. G. Wells died this week in 1946. In honor of his death, we’re taking a look at the fake news broadcast that supposedly panicked many listeners.

Some people may know that H. G. Wells’ The War of the Worlds was originally released as a radio broadcast in 1938. Played out by a cast of actors and presented as though it were really taking place, The War of the Worlds broadcast caused mass panic, and many people believed aliens were actually invading New Jersey. Or at least that’s how the story goes. 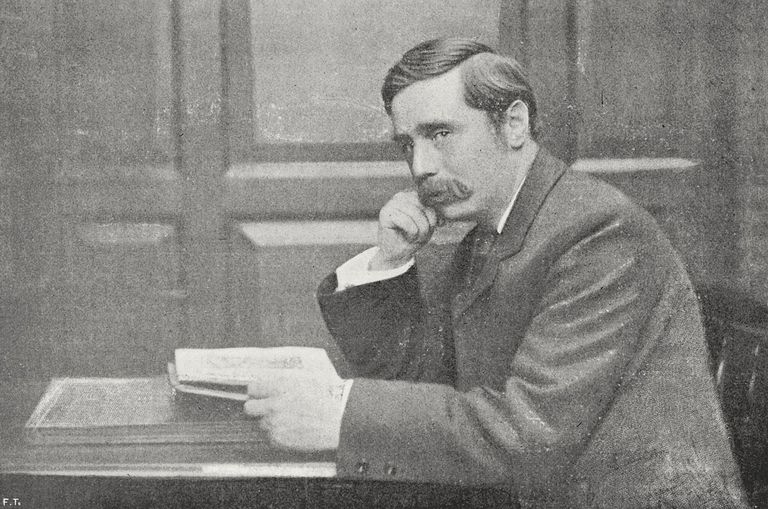 There’s some evidence of this. According to NPR‘s Radiolab, about one in twelve people were listening in, enough to constitute mass panic, and many ran from their homes to see what was happening. This matter is contested, however.

Slate argues that this one in twelve number is just out of those with their radios on, in addition to the fact that Wells’ masterpiece was competing with a particularly popular variety show. In a ratings survey shortly after it aired, most respondents referred to it as a “radio play”. Certainly not as a news broadcast.

Still, contemporary news papers seized the opportunity to discredit radio as an unreliable source, and claimed that masses of people had taken to the streets in panic. Sort of ironic. At least we got a few movies about all that hype. And we finally got to see Tom Cruise running for once.

I kid. Somebody let that man rest. He must have other skills that are being neglected. At least put him on a motorcycle sometimes. Wait.

So was there an actual scare? Maybe. A little. Certainly it occurred to someone that it could be interpreted as real news. Ultimately, though, people knew what it was, and if they didn’t, they dismissed it as a prank. Still, pop culture myths are pernicious, and it’s interesting to imagine a world in which a broadcast could convince a nation that aliens had invaded.