The official date for the new Dr. Strange movie has been announced! That's right! Doctor Strange in the Multiverse of Madness was recently confirmed by Elizabeth Olson, the actress who plays Scarlet Witch.

END_OF_DOCUMENT_TOKEN_TO_BE_REPLACED

We got the inside scoop from former hollywood producer, specializing in developing screenplays, and current bestselling novelist, Burt Weissbourd.

END_OF_DOCUMENT_TOKEN_TO_BE_REPLACED

The worst prison on planet Earth – the Siberian Gulag of Kolyma – is merely a gateway for a much darker horror for Roman Ivanovich and his fellow escapees, who have hundreds of miles of frozen tundra between them and freedom. With the help of a mysterious figure (who may or may not be human), Roman and company must battle starvation, weather, wildlife and each other in order to survive. Here are five reasons why you should check out Road of Bones.

A comic is nothing without illustrations, and Road of Bones has some of the most artistically pleasing artwork I’ve ever seen in a graphic novel. It may not necessarily be the most technically proficient drawing – with asymmetrical line work and character design – but that’s part of the style, one of the ways the violent and ugly conditions of the gulag are shown to the reader. Not only that, but the sweep landscape shots are beautiful – the uniform white almost painful to the eyes – and also the many scenes with gore and drawn in sickeningly graphic detail.

Every good story is a mirror of some aspect of the real world, and comic books are no exception, especially Road of Bones. The cruelty of man against man, the amorality of life in the nature, the inherent meaninglessness of everything we value in our lives, all of these elements and more are explored in this incredibly nihilistic yet enjoyable four-part comic series.

I know that this probably could be included in with the artwork, but I think it’s such a vital aspect that it deserves its own spot on this list. While I mentioned the uniform whiteness of the frigid Siberian wilderness above, color is used in a variety of other ways. The snow is so flat and has so little detail that it looks almost like a blank sheet of paper, making the blood that is spilt appear almost glowing in contrast. Not only that, but just the way the sunlight appears in the sky – low and dim and colorless – almost makes you feel the cold.

Writer Rich Douek tells the survival tale from Roman’s point of view, yet there are two other characters who accompany him, his friend Sergei and vor Grigori (a vor, for those of you who are unaware, being a ranking professional criminal in the organized crime syndicates of Russians prison system). While the characters may not be the most complicated we’ve seen in literature (I’m not going to fool you and say that they’re all Captain Ahab), they’re each given a different perspective on the situation and play off each other in an engaging way that furthers the plot. 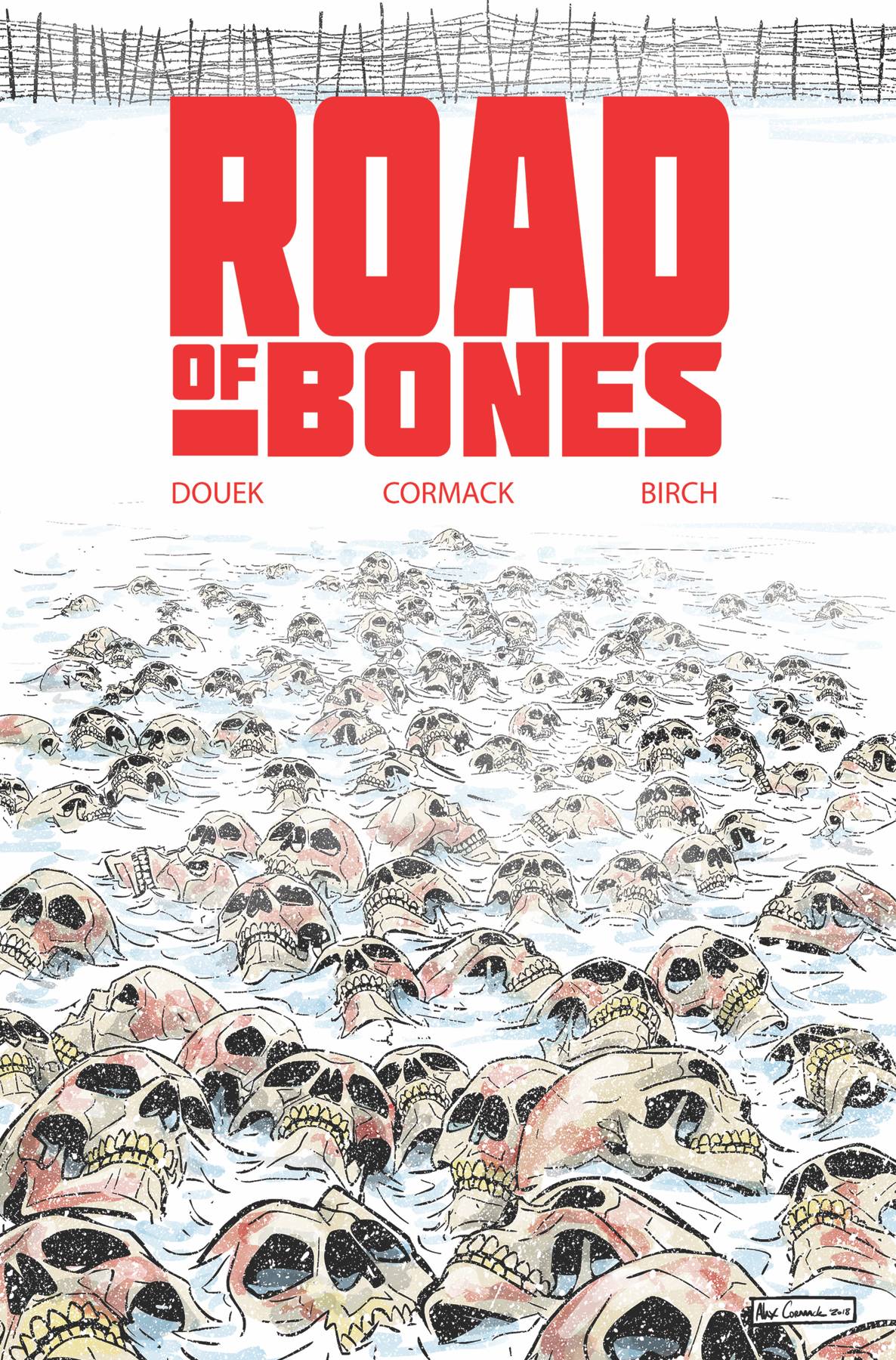 Road of Bones combines the savage brutality man exerts over his fellow man with the dark terror of Russian folklore to make a fantastic horror experience. Throughout his time in the gulag, Roman has been feeding what he believes to be a domovik, a spirit that exists to protect the household and those living underneath its roof, and as him and company escape, he discovers that the domovik has followed him. Is it human? Is it even really there, or just a figment of Roman’s imagination? It claims that he should trust it, but should he really?

Road of Bones is a supernatural survivor horror that I highly recommend. A beautifully haunting mesh of the real-world terror of Stalin’s gulag’s mixed with the darkest aspects of Russian folklore makes Road of Bones one of my favorite limited comic book series.

Rambo was radically changed from page to screen, as was the character of Will Teasle, the sheriff who hunts him through the mountainous Kentucky wilderness.