Today is not just the beginning of a fresh new year; it's also the fifty-ninth anniversary of Madeleine L' Engle's A Wrinkle in Time! In honor of the birthday of this classic children's novel, we're sharing the top ten quotes from within its fantasy filled pages.

END_OF_DOCUMENT_TOKEN_TO_BE_REPLACED

Oscar-nominated filmmaker Ava Duvernay is always working on something new and exciting. From historical dramas like Selma to children’s fantasy like A Wrinkle In Time, her filmography covers a multitude of genres. Her next big project is a film adaptation of DC Comics’ New Gods, which tells the story of two warring planets, New Genesis and Apokolips, and features some of the most powerful characters in the DC Universe. But New Gods isn’t the only DC project Duvernay has lined up.

Duvernay has been tapped to direct the pilot episode of the comic adaptation DMZ. Released under DC’s Vertigo imprint, it takes place in a future United States divided by a second Civil War. The nation has been divided by the United States and a group of secessionists called the Free States. The main story takes place in a demilitarized New York and follows various characters trying to survive.

The pilot has been ordered by HBO Max, the upcoming streaming service by Warner Bros., set to compete with Netflix, Hulu, Amazon, and the upcoming Disney+. There is no word yet on when the service will launch, but it is expected around Spring 2020. 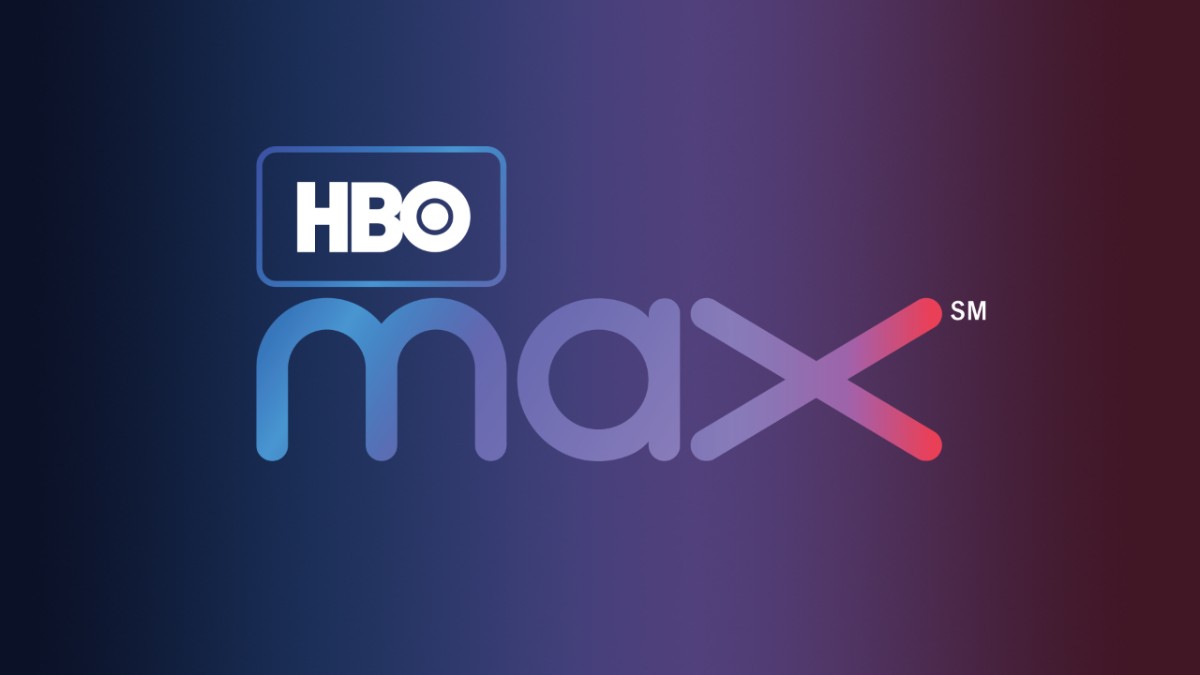 Image Via The Source

Have you read DMZ?

The act of banning books, and deciding what people can and cannot read, is one of the oldest acts of censorship in existence; as long as we’ve had books, we’ve had people in power trying to prevent us from reading them.

The ironic thing about banning books, however, is that it usually has an adverse effect, making the books much more popular and well-known than they may have been had no one tried banning them in the first place. The books that are banned are usually the ones that urge readers to question the norm, rebel against injustice, and always stand strong; many of the most beloved pieces of literature were banned at one point or another.

But, despite their best efforts, no one can ever get in the way of people reading the books they want to read. These seven banned-books-turned-popular-adaptations prove that and so much more.

The popular dystopian novel depicting a future in which reading is illegal and all books are burned was banned between the years 2000-2009 due to the burning of the Bible that takes place within the story.

2. One Flew Over the Cuckoo’s Nest by Ken Kesey

This classic novel detailing the fight for power between a man who’s been sent to a mental institution and the dictatorship of the hospital staff has been banned in schools off and on since it’s publication in 1962 for it’s “glorification of crime” and “pornographic language”.

3. The Handmaid’s Tale by Margaret Atwood

The famed Margaret Atwood novel detailing a future in which women are forced to bear children for elite couples in an America that has been overrun by a Christian, totalitarian government has been banned throughout schools since it’s 1985 release for it’s “graphic, sexual language” and “sacrilegious themes”.

This fantastical story of a young girl as she braves a dangerous journey of good versus evil in a mystical universe has faced controversy it’s 1962 release date due to descriptions of magic and “anti-Christian values”.

This dystopian story detailing a world in which Big Brother is always watching, individualism is nonexistent, and everything is against the law has faced criticism since it’s 1949 release date due to it’s heavy political themes and sexual content.

This controversial novel describing the love affair between antagonist Humber Humbert and his adolescent step-daughter, Lolita, has been banned across the board since it’s 1955 publication for it’s “graphic sexual language” and “inapproriate and disturbing scenarios between an adult man and a young girl”.

7. Bridge to Terabithia by Katherine Paterson

This tragically heartbreaking novel describing the friendship between two twelve-year-olds who create a fantastic, imaginary world has been banned since it’s release in 1977 for it’s themes of witchcraft, atheism, and it’s “inappropriate language.”

Fresh off the success of her adaptation of Madeleine l’Engle’s beloved novel A Wrinkle in Time, Ava DuVernay has set her sights on a new adaptation: that of 1971 DC comic New Gods, created and designed by Jack Kirby.

With A Wrinkle in Time, which grossed $42.2 million in North America in its first six days, DuVernay became the first woman of color in Hollywood to direct a live-action film with a budget of $100 million.

Six New Gods sequels were published following the original, with The New 52, the most recent, coming out in 2011.

Warner Bros. launched the DC Extended Universe in 2013, with Man of Steel, followed by Batman v Superman: Dawn of Justice, Suicide Squad, Wonder Woman, and Justice League, and will continue with Aquaman which will be released in December of this year.

Everybody has their TBR lists set for the next several months. Maybe you have that book you’ve been meaning to read, and then a book your friend is dying for you to read. Maybe a couple of books are on that list that you’re not crazy about reading, but you feel you need to in order to be a functioning human being.

And then there are those books that are becoming movies or TV shows. You know the ones. These are the books you know everybody will be talking about in eight months, so it’s on your TBR list so you can show off to your friends. You will tell them, entering the theater, that you have already read the book. They, in turn, will think you read all of the books. Or maybe they will think you talk too much. In any case, here are the books coming to the big and small screen in 2018 that you need to mark on your calendar.

1. Every Day by David Levithan

Levithan’s book follows a soul called “A” who wakes up in a different person’s body every day. When A falls in love with Rhiannon, a Twilight Zone-esque romance transpires. If you have as many questions as I do about the logistics, be sure to check out the film adaptation, which stars Angourie Rice.

VanderMeer’s sci-fi novel follows a team of four female scientists who must explore the mysterious Area X. Though the twelve expeditions that preceded theirs ended in mysterious disasters, they hope for the best. The adaptation comes from Ex Machina director Alex Garland and stars Natalie Portman, Jennifer Jason Leigh, Gina Rodriguez, and Tessa Thompson.

Matthews is a former CIA operative, and his book has been lauded as pretty accurate to how the CIA conducts surveillance. The movie brings Jennifer Lawrence back together with her Hunger Games director Francis Lawrence. She plays a spy. Pretty neat stuff.

Ava DuVernay has become the first woman of color to direct a live-action film with a budget of over $100 million because of A Wrinkle in Time. That’s reason enough to see the movie. Assuming you haven’t read the book yet, though, L’Engle’s story is essentially a completely bonkers YA sci-fi romp that’s impossible to pin down. The movie looks as colorful and touching as the classic it’s based on.

5. Ready Player One by Ernest Cline

Flynn is teaming up with the folks behind Big Little Lies to bring her detective story to life. As with the Gone Girl adaptation, Flynn is taking a hands-on approach to Sharp Objects, having worked on the screenplay. The miniseries will premiere on HBO. Also, it stars Amy Adams. Yes, you read that right.

Starring Fresh Off the Boat’s Constance Wu, this adaptation of Kwan’s book follows Rachel as she accompanies her boyfriend to Singapore for a wedding. Soon after, Rachel finds herself embroiled in the lives of the upper echelons of society, slowly uncovering her boyfriend’s surprisingly dark past.

8. The Girl in the Spider’s Web by David Lagercrantz

This is interesting for a few reasons. First, it is a sequel to 2011’s The Girl With the Dragon Tattoo despite none of the main cast returning (The Crown’s Claire Foy will be replacing Rooney Mara in the title role). Second, it is the first adaptation of Lagercrantz’s book. The Swedish Millennium adaptations were all adaptations of Stieg Larsson’s initial three books. With Don’t Breathe director Fede Alvarez helming the project, this is one of my most anticipated movies of the year. Cannot wait!

A sequel (yes, seriously) to the 1964 classic, Mary Poppins Returns stars Emily Blunt as she revisits a now-adult Michael Banks from the first film. Lin-Manuel Miranda and Meryl Streep also star. Though everybody has every right to be skeptical, this movie may end up being a fair follow-up to the original. Emily Blunt, in any case, is pretty solid casting.

10. The Sisters Brothers by Patrick deWitt

In the vein of darkly funny Westerns like Charles Portis’ True Grit (i.e. the best book ever written), deWitt’s novel follows a pair of hitmen brothers ready to retire. Their last assignment has them following a mysterious chemist who’s onto something big during the Gold Rush. Surprises and unforgettable characters ensue. The movie will star John C. Reilly and Joaquin Phoenix as the titular Sisters brothers. I cannot wait.