END_OF_DOCUMENT_TOKEN_TO_BE_REPLACED

Since the premiere of 13 Reasons Why on Netflix, Jessica Davis is one of the many characters that we’ve been rooting for. At least you have if you read the book, if not then in the first couple of episodes you just know Jessica as the ex friend to Hannah Baker, the girl who killed herself and Jessica just happens to be one of those reasons. However, as the season goes on we learn more about Jessica and how she and Hannah shared a similar experience of sexual assault by a classmate. If you are unfamiliar with the show, then you should know the show started out being about Hannah Baker, a young girl who committed suicide due to bullying and she records the thirteen reasons why she did It. She sends the recordings out to the thirteen people on the tapes and that leads to a chain of revelations. One of them being the rape of Jessica Davis by Bryce Walker, which Jessica was unaware of due to her being intoxicated, but Hannah happened to be in the closet during this ordeal and didn’t do anything to stop it. As season two rolls around Jessica is still coping with the assault and is trying to get justice, and then in season three, which premiered back in August, Jessica is taking a stand and refusing to be a victim any longer. According to Alisha Boe, the actress that portrays Jessica, Jessica isn’t blaming herself for her assault any longer and in order to portray herself as a survivor and not a victim her hair had to change. In the first two seasons you see Jessica with her hair parted down the middle, now you see her with various different hairstyles, including some gold cuffs in some episodes that are kind of like her armor. The goal of the change was to show the audience that she was taking control of her narrative and moving forward. Jessica has definitely changed throughout the three seasons, we can only imagine how strong Jessica will be in the fourth and final season which is currently in production. For now, you can stream the first three seasons on Netflix.

The upcoming season of 13 Reasons Why hasn’t premiered yet, but Netflix is ready for more high school drama.

Based on the novel of the same name, the series chronicles the lives of several high school students as they deal with the suicide of Hannah Baker. Before she died, Hannah left a series of recordings behind the thirteen reasons why she chose to end her life.

Though the first season was critically acclaimed, it received backlash for its graphic depiction of Baker’s suicide (which was recently edited out). The controversy continued when the series was renewed for a second season, as many critics believed that extending the story was unnecessary and the storylines that deal with tough topics were being executed poorly.

It doesn’t look like the controversy surrounding 13 Reasons Why will end anytime soon. What are your thoughts on this early renewal?

Alice Sebold’s 1999 memoir, Lucky, is getting a film adaptation by Karen Moncrieff, who directed two episodes of Netflix’s 13 Reasons Why.

Previously Alice Sebold had written The Lovely Bones, a book about a murdered girl’s quest to find justice in the afterlife, so the spotlight was already on Sebold. Lucky, however, was a different story entirely. It’s a memoir, so the events described actually happened.

Warning: Plot described below. Contains descriptions of sexual assault and can be triggering to some. Published on August 4th, 1999 by Scribner, Lucky describes how 1981, at the age of seventeen, Alice Sebold was attacked, beaten and raped off her college campus. After reporting the crime to the police, she was told she was ‘lucky’ to have survived. The rest of the memoir goes onto to describe her life afterwards, how she continued to finish college, how she spotted her rapist who smirked at her, how her professor Tess Gallagher was in attendance at her legal proceedings, and how after her rapist was convicted, Sebold’s apartment was broken into and her roommate was raped. Sebold’s own attack inspired her bestseller The Lovely Bones.

Paste Magazine notes that Lucky “sold over one million copies, surging to the top of the New York Times best-sellers list and [earned] Sebold critical acclaim for her visceral account of sexual assault.” 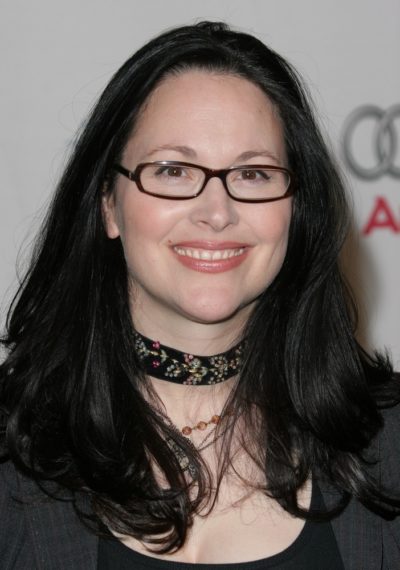 Image Via Ethnicity of Celebs

Variety reports that Karen Moncrieff will be adapting this story into a film. Moncrieff directed 13 Reasons Why Season 2 Episode 3’s ‘The Drunk Slut’ as well as the following episode ‘The Second Polaroid’. She has also directed critical darling The Dead Girl, a film about how the murder of a young runaway connects a group of unrelated women. Deadline reports her as saying:

I’m excited to tell this unflinching, true story of a fierce rape survivor and her battle to become the person and writer she always intended to be. Alice’s courage, wit, and willingness to remake her shocking personal trauma into moving and redemptive art are incredibly inspiring to me.

James Brown, known for producing Still Alice, has been brought on broad as producer. He’s reported as saying:

Karen’s work on Lucky achieves what every great adaptation should, staying true to Alice’s memoir while imbuing it with the cinematic tension of a nail-biting thriller. 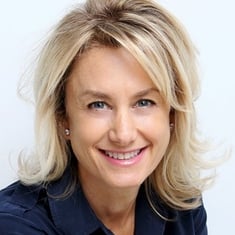 …and Fortitude’s Nadine de Barros are financing the film and will executive produce, although Fortitude will exclusively handle international sales.

Right now Lucky is in pre-production and casting with filming scheduled for the fall.

According to the New York Times, Jay Asher, author of the book and now hugely successful albeit controversial Netflix series, 13 Reasons Why, has filed a defamation lawsuit against the Society of Children’s Book Writers and Illustrators (SCBWI), as he claims there was little or no investigation into allegagtions made against him during the #MeToo movement, which resulted  SCBWI annoucing that Asher “had violated the professional organization’s anti-harassment policy. “Asher is seeking a jury trial and unspecified financial damages” from the the Society.

The allegations made against Asher date back to April 2017, when executive director of SCBWI, Lin Oliver, was contacted by seven women who claimed that “Asher had used the group’s conferences to prey on women sexually, then threatened them to intimidate them into silence, making them ‘feel unsafe to attend SCBWI events.'”

Asher has stated that the women were colleagues of his, and that while he had conducted extramarital affairs with them, these were consensual, apart from his relationship with one woman, who, he claims, coerced him into sex and proceeded to engage in harassing him relentlessly over. the subsequent decade.

The New York Times notes that the lawsuit asserts that Oliver “made false and defamatory statements about him that torpedoed his career, and caused financial harm and intentional emotional distress,” and goes on to list the effects that SCBWI’s actions have had on Asher and his career, saying his “literary agency dropped him, speaking engagements and book signings evaporated, and some bookstores removed his novels from their shelves.”

Asher also claims that Oliver ignored contrary evidence due to personal grievances relating to Asher’s success and that one woman had even admitted her accusations to be false.

Featured Image Via Amazon and thegameofnerds