With the change of the seasons comes a change in the Horoscopes. From October 23th to November 22nd it’s time for the Scorpios of the world to shine.

No sign has a greater amount of passion than Scorpios. Whether it be for truth or love, Scorpios are intense! Here are some books with enough passion and intensity to light any Scorpio’s fire, however, if you are not born into the sign, but still have an interest in these books, then there may be a little bit of a Scorpio in you.

A war leaves the Kingdom of Rabu in devastation, giving rise to one woman’s desire to avenge her family. Ayla, a human servant rising in the ranks at the House of the Sovereign, dreams of avenging her family’s death by killing the sovereign’s daughter, Lady Crier. Ayla puts her plan together to exact her revenge, but she miscalculated on one thing, falling in love with the beautiful Lady Crier. The two of them find a love and a call to action after meeting, desiring not only a future where they can be together, but a bright one for the entire kingdom, even if that means starting another war.

A daring and passionate tale about truth and love, this book shows that sometimes to make a difference, you need to make some sacrifices—even if that means starting a war.

Taking place back in 1991, a small, isolated village in Northern Wisconsin is lit ablaze with a fiery tragedy, ending the lives of 600 residents. Only 5 survivors of the horrific incident know the truth of what happened, but none of their stories line up aside from the mention of one man, who perished in the fire. Investigators soon learn that there is something odd about this village, and especially the people in it.

This unconventional horror will leave you on the edge of your seat as the truth is unveiled behind Amber Hollow. 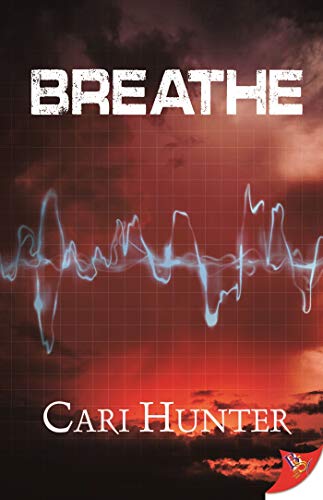 Jemima Pardon is usually an unlucky paramedic but her luck seems to turn around when she meets bright and charming police officer, Rosie… But their romance’s happy ending is put to a halt when a suspicious death draws Jem and Rosie into an investigation that spirals beyond their control.

With the heat of romance mixed with the chill of a crime mystery, Breathe will take you on one intense ride.

Lalani of the Distant Sea by Erin Entrada Kelly

Sometimes the innocent actions we make take a turn for the worst. Some people run from the responsibility, but not Lalani. After making a wish that backfires and curses her beloved village, this 12-year-old girl takes on a deadly journey that even grown men have not survived.

Based on Filipino folklore, Lalani of the Distant Sea is an extraordinary and spellbinding tale that will captivate and inspire you with courage to take on life’s next quest.

The Library of Lost Things by Laura Taylor Namey

We all have had those moments where we want to hide away in the wonderful fantasies of our books because, let’s face it, reality sucks! No one understands that better than literary genius, Darcy Wells. With an out-of-control hoarder of a mom, can anyone really blame Darcy for wanting a getaway from her reality? However, rather than making the occasional escape, Darcy has shut the world out, guarding herself from other people, but her story is about to be turned upside-down.

Everything changes when Asher Fleet, a former teen pilot with an unexpectedly shattered future, walks not only into Dary’s bookstore but straight into her heart! This emotionally heart-warming tale about honesty and true love is the break you need from the cold, dark world out there. So crawl out of your shell and into this wonderful love story.