Everyone knows that cats are the best part of Halloween, and that book lovers are partial to both felines and the celebration of All Hallows Eve. So we’ve put together a comprehensive list of amazing cats wearing literary Halloween costumes.

1. The Cat In the Hat from the Dr. Seuss book 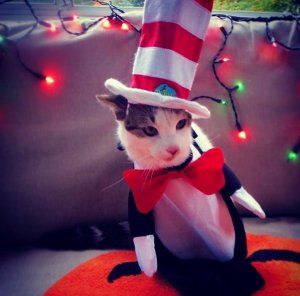 2. Edward Cullen from The Twilight Series by Stephanie Meyer

Edward, you’re as brooding as ever. Even on all fours.

This cat is so cute it even has a paparazzi!

4. The Mad Hatter from Alice in Wonderland by Lewis Carroll

We’re going mad over how cute this is!

5. A Satyr from The Chronicles of Narnia by C.S Lewis

This costume based of the goat-humanoids from Narnia is so cute I feel like singing and dancing!

6. Paddington Bear from the book by Michael Bond and Peggy Fortnum

Look after this one! It’s adorable! 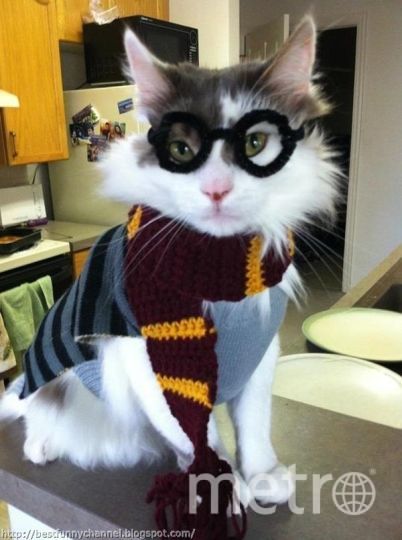 The cat who lived!

8. Dracula from the Brom Stoker gothic

I think this one is staring down his next victim. Somebody get some garlic!

9. Puss In Boots from the Children’s Book by Charles Parrault

This little adventurer has some style! Those boots are just purrrfect!

10. and 11. Batman and Joker from the Batman Comics