What? Didn’t you read the little-known eighth book in the Harry Potter series? I am, of course, sadly kidding. It seems Harry Potter may have been the perfect model for the #StayHome movement, though, according to Stephen Colbert and Harry himself, Daniel Radcliffe. Radcliffe appeared on Colbert’s (remote) Late Show on Tuesday night to fill us all in on what has kept him busy during the quarantine. Spoiler alert: it’s not magic.

Colbert points out that Harry Potter may be the perfect model for those of us facing quarantine restrictions. Harry was confined to his cupboard under the stairs for ELEVEN YEARS!! Stephen even jokes that Daniel’s eleven days of isolation pale in comparison. Truly, if Harry could handle life under the stairs, we can handle a couple of weeks in apartments and houses!

Those of you in New York City though, your apartments kind of are cupboards under the stairs.

Radcliffe says that the message from the books, as he remembers it, was “isolate yourself and wash your hands” and honestly, it’s one that we should all be taking to heart. Harry Potter’s cultural influence is such that it is often a recurring motif in times of unrest, worry, or panic, with many turning to the words of Hogwarts’ wisest wizard for solace: 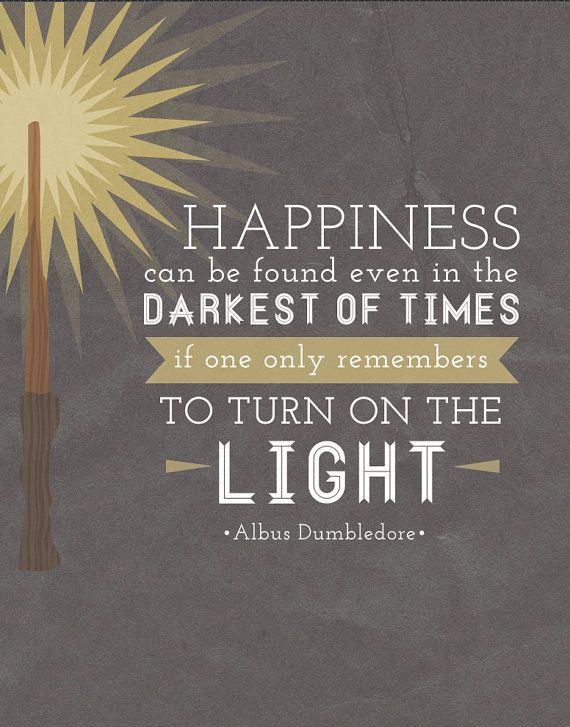 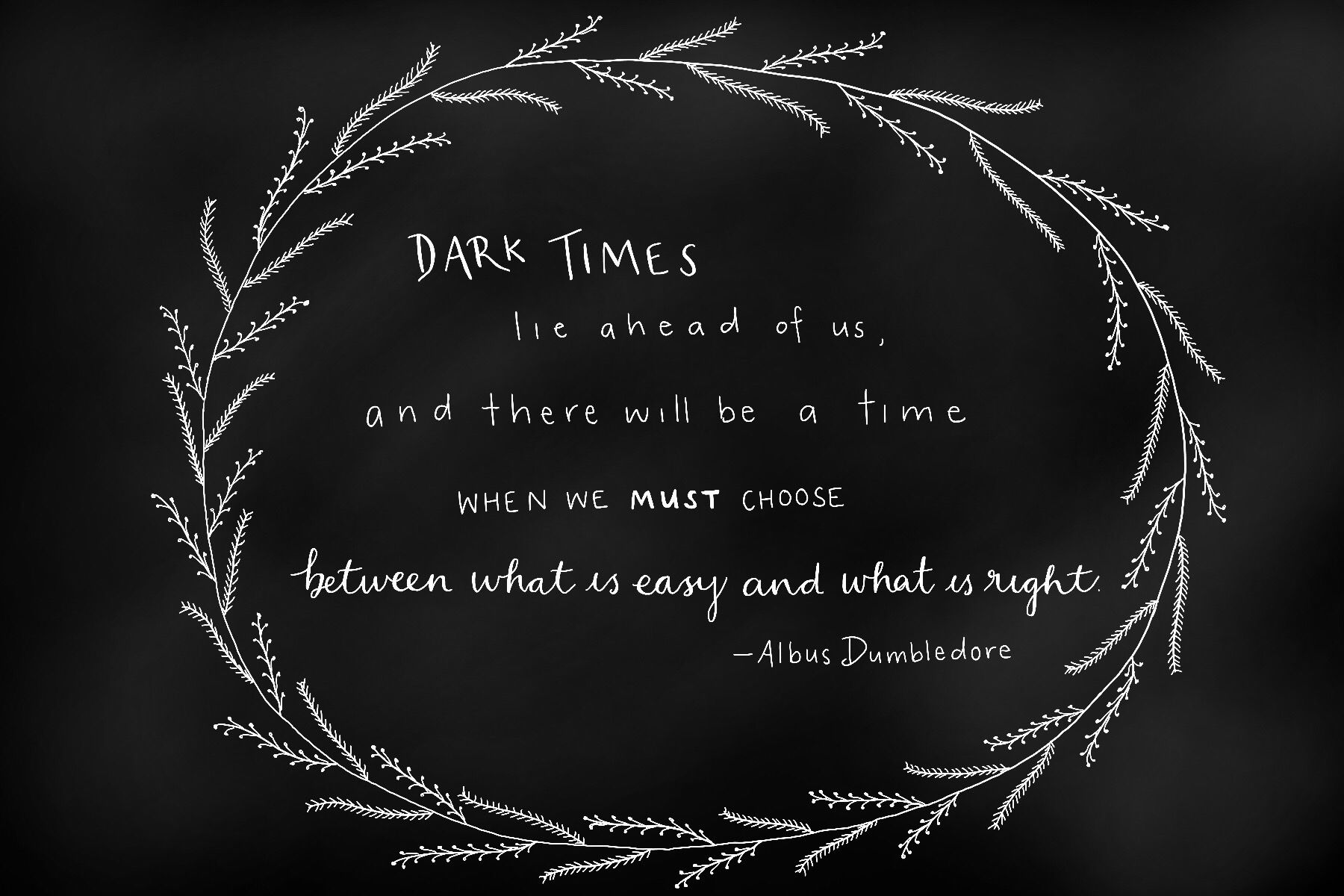 In case you were wondering how the Chosen One is keeping busy, he’s building a LEGO set of Jurassic Park. You can catch a glimpse of his structural masterpiece at 9:27. Radcliffe’s appearance on Stephen at Home was not entirely smooth sailing, either. No amount of wizardry could make Daniel’s audio function at the beginning of the interview, instead, it was technological magic that saved the day. It still makes for hilarious viewing and a surefire way to lift the quarantine blues.

If you are currently stuck inside, feeling like you’ve run out of books to read, then these books will keep you satisfied. Released this Spring, these books are guaranteed to keep you entertained during this tough time.

Where Dreams Descend by Janella Angeles is a magical new series that is perfect for fans of Caraval and The Night Circus. Kallia has always known that she has had magic and with the powerful magician Jack she has been able to harness her magic, making it into something powerful. The only problem with this arrangement is that she is forever stuck at Jack’s estate, rather than on her own in the world. After finding a flyer for a magician competition Kallia knows that this is her ticket away from Jack and to make a star out of herself. After her escape, Kallia learns that as a female magician she will have to work twice as hard as the rest. Once other competing magicians begin to mysteriously vanish from the competition, Kallia releases that leaving her old life behind isn’t as easy as she thought it’d be. With the help of handsome magician DeMarco, Kallia fights to win the Magical competition and figure out the mystery of what is going. This new series is the perfect escape for readers that want to go on a magical adventure. You can read Where Dreams Descend when it comes out June 2!

Ruthless Gods is the highly-anticipated sequel to the book Wicked Saints by Emily A Duncan. In the aftermath of the events of the cathedral in Wicked Saints, Serefin, Nadya, and Malachiaz all search for answers to what it is that they are to do next. Serefin is trying to understand what is happening to him. Nadya does really know who or what she is anymore. Malachiaz is finding it hard to grapple with who he has become.  This book was truly electrifying, one that I most certainly could not put down! If you liked Wicked Saints than you are guaranteed to love Ruthless Gods. Somehow Emily A. Duncan sucks readers right back in to a sequel that is even better than the first book, leaving readers impatiently wanting more! For fans of dark fantasy, adventure, and romance this series is the perfect one to dive into. You can read Ruthless Gods when it comes out on April 7! Of Silver and Shadow

Of Silver and Shadow by Jennifer Gruenke was WONDERFUL! Once I started to read I just could not stop until I eventually finished it. If you are looking for a book that is full of action, romance, fantasy, and surprisingly comedy then this is the book for you! This story is about a silver named Ren who wields power and what makes her even more special, is the fact that she is one of the last silvers, despite the King and his family. The great thing is that this book is not just about Ren, but rather connects us to three other different characters point of views. We have Darek, who is the handsome and fierce leader of the rebellion, Kellan, the humorous Prince that is different from his family, and Adley who is a child of the king just trying to make her way in the life she was dealt. All four of these characters collide to orchestrate a beautiful story. I loved this book and I think that if you love fantasy and a little bit of romance then you will love it as well! You can read this book when it comes out May 26!

Jack Kerouac is Dead to Me

This book is like nothing I have read before. It takes you through the life of JL as she writes an open letter to her used-to-be best friend Aubrey. I think the thing that I liked the most about this book is that it is very real and raw. It explores mental illness, which is something that a lot of authors struggle to write about, but I believe that Polisner approaches it flawlessly. Another aspect of the book that I think Polisner tackled well is friendship, the strength that they once had and how broken they can become over time. If you are looking for a book that tackles real world problems, with a flawed, but relatable character like JL, then this is the book for you. I enjoyed it and thought that it was a good read! You can read Jack Kerouac is Dead to Me when it comes out April 7! 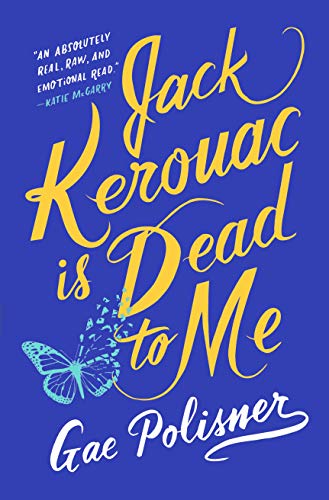 These books have been some of my favorite reads for this spring! I hope you enjoy them as much as I have and that they keep you entertained during this tough time!

The Shadows Between Us, follows Alessandra, and her goal in life is take down the king. Her plan is to marry him and then kill him, so she can take the throne for herself.

END_OF_DOCUMENT_TOKEN_TO_BE_REPLACED

Let’s face it: Young Adult books are notorious for being trope-y. While some tropes are certainly overdone, everyone’s a sucker for at least one or two (or ten) of them.

The quiz is simple: we give you popular YA tropes, and you tell us if you love them or hate them. Based on your responses, we’ll give you a book rec! It’s that simple!

Disclaimer: Not all tropes you pick will necessarily be in the book we recommend, but you can be sure that at least one or two of them will be!

The world feels a little crazy at the minute, and these new science-fiction releases will transport you out of your reality for a while. Now is the perfect time to escape to so many different worlds and just lose yourself into some of these awesome titles.

Oona Out of Order follows Oona Lockhart, whose life will change at the stroke of midnight in 1982. She has two decisions to make, to stay home with her boyfriend and purse music, or go to London to study economics. But then the unthinkable happens, she wakes up the next morning, and instead of being nineteen, she’s now fifty-two and living in a house that she doesn’t recognize. With each new year, Oona is pushed into another age at random. She still remains a nineteen year old on the inside, but her outside appearance reflects the age she is during that year. Oona never knows what each year will bring, and this novel highlights the importance of time and how important family is.

2. The Stars We Steal by Alex Donne The Stars We Steal follows Leonie Kolburg, the heir to a faded European Spaceship. Her only focus right now is which bachelor can save her and her family from financial ruin. Then, Leonie’s first love and best friend, Elliot, returns. At first, Leonie’s family didn’t believe he was marriage material, but now he is the most eligible bachelor and captain of a successful whiskey ship. Elliot is determined to make Leonie’s life miserable, but of course old habits die hard, and Leonie finds herself falling for him again during a game of love and past regrets. Upright Women Wanted follows Esther, on the run from her father due to an arranged marriage to a man that used to be engaged to her best friend. Esther was in love with her best friend, but she was executed for her part resistance propaganda. Now, Esther is a stowaway and the American Southwest is full of bandits, fascists, and queer Liberian spies that are doing their best to do the right thing.

4. The Hidden Girls and Other Stories by Ken Liu The Hidden Girl and Other Stories, is collection of short stories by Ken Liu. It contains some of his best  science fiction and fantasy stories from the past five years. In total, there are sixteen stories, and as a bonus there is a new novelette. There is also an excerpt from his new novel, the third book in the Dandelion Dynasty Series, The Veiled Throne.

The Last Day is set in the year 2059 and the world is no longer moving.  Half of the world suffers from non stop frozen nights and the other has to deal with the burning of the sun. A slim region, where twilight lies, is where people can survive. Ellen Hopper lives in isolation in Britain, and one day she receives  a letter from a man that is dying. The letter holds a dangerous secret, so dangerous that people in power will do anything to keep it that way, even kill.